The X-Files wasn't just the biggest show on television in the 90s, but an event. With the announcement of a new mini-series to be aired in January, I'd thought I'd use this as an excuse to watch all of the seasons I once obsessed over again. Does it still hold up after more than 20 years? I'm curious to find out. 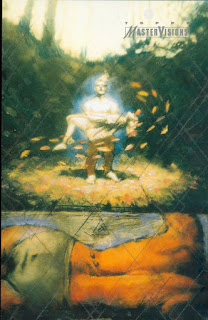 What a way to start a show! Pretty much everything that the show is known for can be seen here: aliens, FBI investigations, the Cigarette Smoking Man - all of it. Even the sexual tension between the leads is here despite scenes with Scully and her boyfriend which were filmed but not aired. Being an adult, these flirtations are a little more obvious now than when I was a naive child.

In their first case together, Agents Fox Mulder (the believer played by David Duchovny) and Dana Scully (the skeptic played by Gillian Anderson) investigate the suspicious deaths of several graduates from the class of 1989. Mulder believes they are the the victims of alien experimentation which not only leaves a couple of marks on their backs but also a metallic implant in their nose. It all culminates in the awakening of a comatose classmate, though not before more deaths occur.

There is a scene that cemented the sizzling relationship between the two leads that I think stands as a classic scene. Being a fresh recruit into the Bureau, Scully seems to be a bit overwhelmed by the strange unexplainable events. When she finds some marks on her back that are similar to those the victims have, she goes to Mulder to have them checked out. It's just insect bites but it does foretell the increasing devotion and trust the two have for each other, despite having vastly different theories.

I didn't see this episode on it's first broadcast. I remember the advertising that was quite prevalent on BBC2 in 1994 (we got it a year later than the US) made it seem like yet another cop show. It wouldn't be until the repeats two years later that I would see these episodes first episodes and they didn't disappoint. 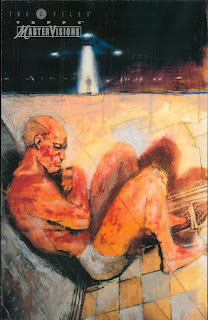 The pilot got such a positive response from the Fox executives that it was a no-brainer for it to be picked up for a full 24 episode season. While not unheard of, it's somewhat atypical for a genre show of this type. Usually the first season would test the waters with a 12 or 13 episode arc, much like that other 90s TV phenomenon Buffy the Vampire Slayer did in 1997. According to Chris Carter, the show's creator, there was rapturous applause when they first saw the pilot episode and I can only imagine that they're still applauding themselves at how lucrative it became.

Aliens would again be the subject matter in the second episode with the conspiracy theory aspects taking centre stage. This would be the first time we would see the titular informant Deep Throat (Jerry Hardin, The Firm), named after the man who spilled the beans on President Nixon during the Watergate scandal. He contacts Mulder with information regarding a missing pilot from Ellis Air Force Base in Idaho.

When the pilot shows up not knowing who he is, Mulder attempts to infiltrate the Area 51-like military base. During his time there, he sees a couple of potential UFOs but they are ultimately covered up as experimental military air craft. He also meets a couple of teenagers, one of whom is played by Seth Green who would go on to have a recurring role in that other quintessential show Buffy the Vampire Slayer.

Being one who loves his horror films, I do find the alien episodes a little less entertaining. Even though this episode is considered a classic by a lot of fans of the show, I found it to be a little meandering and unfocussed with the only real purpose was to add to the show's mythology rather than tell a self contained story. It is by no means the worst offender of this series, and none of them detract from the overall quality of the show, but I did find it less interesting after multiple views. 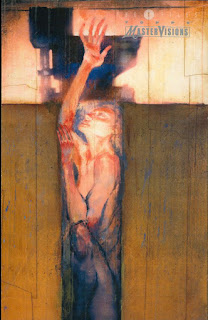 If The X-Files stayed as a show about aliens, I might not have been obsessed with it. While I had missed many of the early episodes of season one, I wouldn't have to wait for the repeats for this one. Squeeze and its sequel Tooms (more on that later) were combined into a feature length VHS release. This was not simply two episodes dumped on the magnetic tapes, but re-edited into a seamless 90 minute movie. They would go on to do this with the many of the multi-part mythology episodes too.

Squeeze is the episode that told audiences that The X-Files was not just about aliens. Eugene Victor Tooms is a boogeyman who can contort himself to fit into any space. Being a genetic mutant that needs to eat five human livers every thirty years in order to hibernate, it can easily be the stuff of urban legends or a popular Creepy Pasta page. It officially became an X-File when a man is found with his liver ripped out in a completely sealed and locked room. The only evidence found is of an elongated fingerprint on an air vent.

While some of the early nineties special effect on a TV budget can look dated, and there is a lot in this series, the way this episode portrays the monster is nothing short of genius. The actor they have chosen oozes creepiness and the in-camera trickery, post-production effects and the hiring of a contortionist result in a well defined monster to haunt your nightmares.

The scares on this episode truly rival the theatrically released horror films on the time. In fact the great response from fans comes to the filmmakers by surprise. Producer James Wong, who would turn an unused X-Files script into the Final Destination franchise, recalls the many technical difficulties during production. These difficulties lead to many expensive re-shoots - a dedication to perfection that is perhaps missing from its peers. 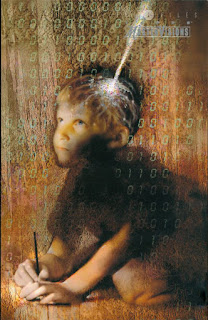 We're back to aliens with the fourth episode, and the show is certainly hitting its stride. The idea of an abducted teenager, Ruby Morris, hits home to Mulder as the case has several parallels with his own missing sister. The key to this riddle is Ruby's little brother, Kevin, who witnessed the whole thing and seems to channel messages through the static of a television, Poltergeist style (the original, not the crappy remake).

I didn't much care for this episode when I was younger, instead preferring horror over sci-fi, but out of the three alien themed episodes so far, this definitely holds up the best. The supporting characters are all well written and multidimensional, fitting a lot of back story over its brief running time, and you certainly empathise with Ruby's exasperated mother. She's a cautionary character for Mulder too; she's also experienced a close encounter in her past. As a teenager, she was very vocal about her experience as an alien abductee inviting public ridicule, much like Mulder and his Spooky nickname within the Bureau.

The boy's reaction to the trauma is also believable. He becomes distant and non-communicative, with an almost autistic fixation in drawing ones and zeros. This incites a panic amongst the NSA when it is revealed that one of the pages is part of a highly sensitive Defense Department transmission. Further investigation uncovers that it is also fragments of music and art but the ultimate reason for it's existence is that it is part of a larger image of his missing sister. This reveal is a bit anti-climactic and only adds to the confusion of the aliens' motivation - why would aliens transmit a picture of someone they've already got and what purpose does it serve? Surely these creatures aren't inept enough to transmit proof of their captive for no other reason than to freak out her family.

Nevertheless it is the emotion that makes this episode, something that I can appreciate a lot more in adulthood. In my youth, I often overlooked these types of stories for the more flashier and gorier tales, but its inclusion only goes to show how deep and fantastically varied The X-Files can be.


So there's my present day impressions of the first four episodes in this landmark series. I will continue these retrospectives every week until the new show airs, but feel free to us know what your favourites were.
Posted by Biffman 101 at 20:52