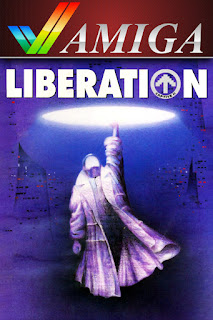 Enter the 29th Century - and enter a dying world, commercially exploited by huge corrupt state corporations and ravaged by the ever changing climate. When Bio-corp's latest law enforcement droids malfunction and begin murdering people, a massive cover-up operation is initiated to suppress the truth. Innocent people are framed for the murders and held captive against their will, without trial or any chance of escape.

YOU must take control of your four 'droids and explore the city zones in an attempt to free the captives. Search for clues, gather evidence, live above or below the corrupt 'law'; the choice is yours. Justice must prevail!

Liberation continues the saga that began in the award winning Captive.


A cast of thousands to fight, talk or trade with.
Explore the cities using the innovative Vectomap 3D role playing system.
Real time 3D combat puts you right in the thick of the action.
Use your brain as well as your brawn to locate and free the captives.

Captive II: Liberation is the sequel to the underrated dungeon crawler for Amiga and DOS. Published by Mindscape and boasting a fancy 3D engine, this hugely ambitious title was to be the premier launch title for the CD32 in 1993. Essentially, the CD32 was a custom Amiga 1200 with a CD drive for the home console market. It didn't offer much new over the standard computer beyond exclusive games so it became a commercial failure. It was discontinued after only a year and as a result, most games were ported to the standard machine. Captive II was one of them, but being one of few that took advantage of the CD media, it was heavily compromised at least from a presentation standpoint.

I've chosen to ignore the standard Amiga port for this reason. The CD audio and speech make the CD32 original the one to play. Its existence was a massive showcase for the system, using a bespoke 3D engine created by the game's designers, Tony Crowther and Ross Goodley. This 'polygoniser' somehow allowed for Wolfenstein 3D-esque cities with texture-mapped polygonal characters and items, all running at a smooth and consistent frame rate. That's some insane technical prowess going on.

As for the game itself, well it is at once incredibly deep and incredibly shallow. The story is that police droids have gone rogue and started killing people. Instead of dealing with the problem, the government have given the police force more power to arrest and frame innocent citizens for their own crimes. Taking control of four of your own droids, you have to explore the city and provide evidence of the conspiracy, rescuing the unjustly imprisoned while you do so.

That's an interesting premise, but the game itself is considered 'complete' when you rescue your first citizen. The game keeps going with over 4,000 missions in total (4,096 to be exact), but each plays pretty much the same; talk to people enough to find a location, then go there. How you get there is something else entirely.

There is an insane amount of stuff to do. You can talk to the residents or kill them. Enter any building or walk down any road. Travel by foot or, if you're lucky enough to find one, by car. For the most part, there isn't any point to any of this. The cities - or which there is also an entire countries worth - are filled with a load of nothing. For the amount of stuff you can do, it's ultimately an empty experience.

If I were playing this for the first time in 1993, I'm sure I'd be blown away. No other game was attempting the scope of what Captive II was promising. It's a great package for those retro-gamers inclined to stick with it, but for me, it was a little too directionless for my taste.

To download the game, follow the link below. This custom installer exclusive to The Collection Chamber uses FS-UAE to emulate the Amiga CD32 game. Manual included. Tested on Windows 10. 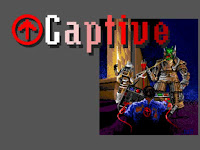 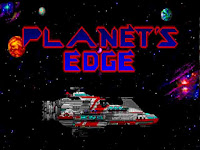 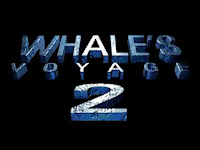