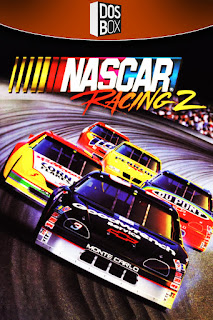 Authentic racing from qualification to championship.

As you round turn four and enter the tri-oval at Talladega you're pushing 200 MPH and it's 150 degrees inside your car. Behind you, Terry Labonte is inching closer and at this rate he'll take the air off your spoiler. As you speed through turn one you hear your spotter on the two-way: "Trouble in turn two. Stay low." Staying clear of the apron, you maneuver behind Dale Earnhardt in the #3 car and draft him for one more lap until you can slingshot past him in turn three leaving both Labonte and Earnhardt in the dust. This is racing as real as it gets.

Dale Earnhardt's Goodwench car is here, along with many of the 1996 cars and drivers.

Experience the thrill of door to door competition on real NASCAR tracks against great NASCAR drivers.

Customize your car with paint schemes and decals in the paintshop.

~ from the back of the main game box
When I went back to review the original NASCAR Racing from 1994, I found it had aged far worse than I thought. Perhaps the sequel would fare better? The base game did release two years after the first and the inclusion of 3Dfx that came with the 1997 expansion would surely mean good things in the looks department.

In all honesty, it has aged just as much, but I do find there is more to enjoy here than in the first. For starters, the improved graphics allow for tracks to have more obvious distinguishing features. Sure, most of them are still ovals - that's the nature of NASCAR I'm afraid - but there are a pleasant number of fantasy tracks found within the Grand National Expansion. You can now careen around canyons or go fast around farms and the arcade mode reduces the difficulty for those not interested in staunchly adhering to mundane realism.

There are 26 tracks, 16 from the base game and 10 from the expansion and if you're so inclined, each requires a finely tuned car to give you the chance of a perfect lap. Anyone who knows their cambers from their carburettors will enjoy tweaking their vehicle but I found the numbers and stats a little confounding. Fiddling with options such as weight distribution or spoiler adjustment will make a noticeable difference when the tyres hit the tarmac but even after spending time glossing over the extensive manual I don't entirely understand it. Car mechanics exist for a reason...


Details bios are available for seemingly every driver in the '96/'97 season (left).
You can also take a stab at creating your own (right).

There's an almost overwhelming amount of detail here. The manual - which is a few pages shy of the 100 page mark - does a decent enough job explaining it all whether it be the behaviours of the chassis or understanding tyre pressure and temperature. The manual for the expansion also includes tips from drivers Elton Sawyer and Patty Moise for each of the new tracks. It's a nice addition which offers several ideas on how to tailor your car for each track. For those still in a bind, I managed to source a pdf of the official guide book too. All this information is all fine and dandy but I suspect those already interested in stock cars and stock car racing will get the most out of it.

Alas, car nut I am not so I couldn't possibly get the most out of a racing simulation such as NASCAR Racing 2. I found the arcade mode enjoyable enough but it didn't keep me as invested as I would have in other racers. The lack of track variety - despite the commendable number of tracks - didn't do it for me either. Where the game truly exceeds is where the more casual racing crowd will be deterred. Those who like racing around in circles 30 times against 39 opponents in your custom car may just get lost in everything the game has to offer. For those people, any entry in the NASCAR Racing series comes highly recommended.

To download the game, follow the link below. This custom installer exclusive to The Collection Chamber uses the DOSBox-X build of DOSBox to bring the game to modern systems. Manuals, Guide Book and Grand National Expansion Pack included. 3Dfx Hardware and Direct 3D Software modes supported. Read the ChamberNotes.txt for more detailed information. Tested on Windows 10.


NASCAR Racing 2 is © Sierra On-Line
Review, Cover Design and Installer created by me 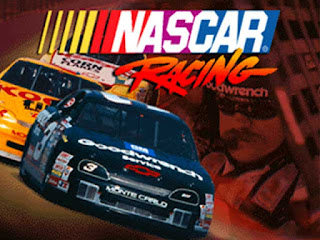 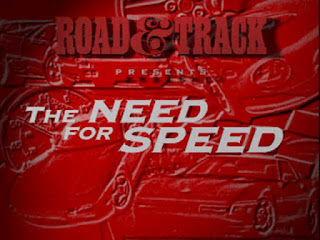 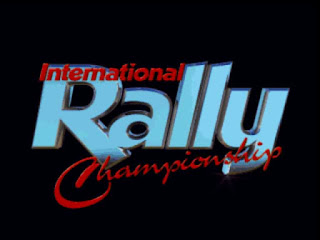