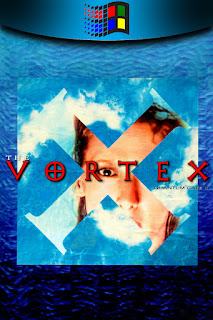 A Mind-Bending Cinematic Journey on 3 CDs

The Vortex transports you into a frightening, compelling interactive world, grabbing your imagination and drawing you into the story of a young soldier, Drew Griffin.

In this VirtualCinema movie, your choices decide the fate of two worlds. Through the eyes and mind of the main character, you fight for your life and discover the truth of the Quantum Gate.

~ from the back of the box
When I reviewed the first Quantum Gate, I took issue with it being too pre-occupied with the "movie" part of an interactive movie, despite the story being quite the compelling one. It ends on a cliffhanger that leaves the player with more questions than answers. Released in 1994, a year after the first installment, those questions are answered but The Vortex manages to be even less of a game than it's predecessor.

It begins just where the the last game left off, at least in its 'good ending'. Military man Drew Griffin stepped through the titular gate onto a lush world of winged humanoids known as the Alylinde. These are not the vicious bug-like invaders the governments of Earth have lead you to believe, but a mystical alien race at one with nature and blighted by the human invasion. In the future, climate catastrophe is imminent and the natural resourses of this new planet can help curb the inevitable. So, our human leaders take effort to purge the planet and lie to everyone about it. Sounds about right.


The help screen makes the game seem more complex than it is (left).
Jump to any scene at any time, though you're limited to the timeline they give you (right).
There's apparently over 6 hours of video footage, but the correct path will last no longer than a regular movie. Most of these video clips appear as close-up boxes framing the character speaking, a limitation of the technology at the time. The quality of these sequences has improved a tad since the first game, but I still found its presentation style to be off-putting. It doesn't help that the story is almost entirely told in monologuing information dumps acting as conversation.

The game side of Quantum Gate remains that of a consequence-driven adventure. During conversations, a thought may pop up in Drew's mind revealing one of three icons; Question icons, Emotion icons and Action icons. I don't know why the Question topics aren't simply added to the dialogue tree, but my guess is that they represent diverging paths. The same goes for the other two. Selecting an Emotional thought has Drew interrupt a scene and blurt out whatever is on his mind, consequences be damned. The representation of these icons represent a mental state such as the tear signifying sadness or the flame anger. The only issue is that you cannot foresee what his response will be let alone the consequences of it. It may be nothing more than an interesting line reading, or your full-on murder!


Original actors return, including Jamie Callahan as Private Michaels, the balding face of the first game (left).
Fail to escape the vortex and the movie makers will argue about it (right).
If you're going to select one of the Action icons, expect the same un-signposted results except the icon may not represent the action particularly well. One of those actions is your journal, which will be a handy if expletive-filled reminder of the plot so far, including what happened in the first game. That being said, if you join in from a later scene by accessing it in the DVD-like menu, it will disappear giving you little clue or context to the situation you've just arrived in. They warn you not to use this feature until you've reached the end the normal way at least once, but even then you may remain lost.

There are many endings, most of which are death. The most arbitrary of them will then play out a meta scene with the screenwriter and the director arguing over the player's actions. The screenwriter wants to protect his vision and the story he's trying to tell and questions why the player should have any input at all. The director shrugs it off and simply says "I liked it". This tongue-in-cheek skit tells a lot about the Quantum Gate series; it wants to be something it cannot be. The Vortex fails in both of the mediums it's trying to merge. As a movie, it is dull, full of exposition and visually a mess. As a game, it is almost non-existent. As an interactive movie, it bands around some interesting concepts but is too unfocussed to truly get a grasp on the story its trying to tell. Ultimately, the only way it succeeds in emulating movies is by being an unsatisfying sequel. A step back from the more absorbing plot of the original.

To download the game, follow the link below. This custom installer exclusive to The Collection Chamber uses DOSBox running Microsoft Windows 3.1 to get the game working on modern systems. Press Ctrl-F4 to cycle through CDs when prompted. Manual included. Soundtrack available as a separate download. Read the ChamberNotes.txt for more detailed information. Tested on Windows 10.


Quantum Gate II: The Vortex is © HyperBole Studios
Review, Cover Design and Installer created by me 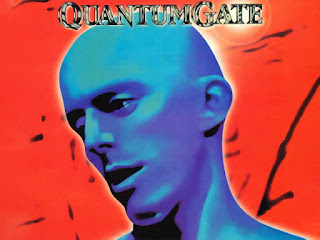 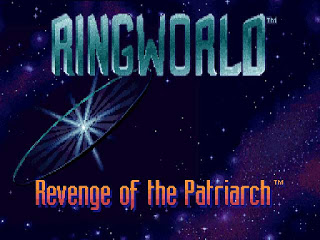 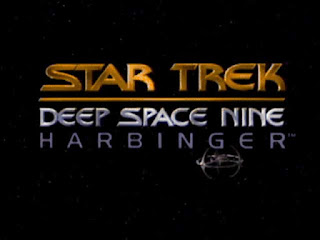