STAR TREK: THE NEXT GENERATION - THE TRANSINIUM CHALLENGE 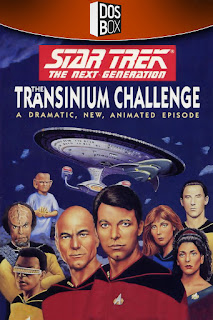 Terrorist attacks in the Aquila Star System... An unknown aggressor threatens the Enterprise... First Officer Will Riker placed in command...

Ambition and greed combine in a desperate bid for galactic dominance. To turn back this threat, Riker must discover the secret of a lost Aquilan civilization and unravel the mystery of the enigmatic children wandering through its ruins.

The Transinium Challenge is the first in a new line of Star Trek games developed by TRANS Fiction systems, a leading producer of state-of-the-art entertainment software. It combines the excitement and drama of the Next Generation television series with the richness of a new generation of advanced computer simulations.

Considering Star Trek: The Next Generation - The Transinium Challenge was released in 1989, it looks pretty darn bad. The highly pixelated monochrome visuals look terrible in static screenshots, and the limited animation when seen in-game add nothing. While you could put an argument for their graphical stylings, the argument is pretty much moot if you look at the game as a text adventure instead of a graphic one.

The detailed descriptive paragraphs are well written, quickly investing you in the story about lost civilisations and intergalactic war. Developed by TRANS Fiction Systems, the team devised a different kind of input beyond typing. While not quite at the level of title utilising LucasArt's SCUMM or Sierra's AGI engines, it nevertheless makes for an improvement over a traditional text interface.

Instead of typing, there are a list of actions displayed on the bottom of the screen, each taking you to another paragraph or location. For example, you can 'Consider' whatever item your holding (ie. your inventory) or 'Consult' whoever is in the vicinity but mainly your crew (ie. talk).  'Look' tends to continue the plot in whatever location you're in. It's more of a catch-all term that includes starting a conversation. 'Analyze' gives you a close up of your inventory objects, 'Contact' lets you talk to comms to request returning to the enterprise.

So, that's 2 dealing with your inventory and 3 for conversing. There are three buttons left and each of them are to do with movement. 'Navigate' will engage the Enterprise to travel in space while 'Transport' will let you beam down to a planet's surface. 'Move' is more focused on the player, allowing you to travel around the ship or traverse a planet.

Beyond this, there are the obligatory ship battles found in almost all Star Trek adventure games. You'll sporadically be approached by an enemy ship and the commands change to 'Advance', 'Retreat', 'Shield Up', 'Shields Down', 'Phasers', 'Torpedoes', 'Evade' and 'Disengage'. These seem self-explanatory but the outcome of the turn-based fights seems pretty random. A walkthrough I discovered online suggested to attack with torpedoes if the enemy shoots and misses and to evade if they hit. Whatever happened, I didn't see much difference to the outcome.

This all seems convoluted and overly complex, but in actuality, it's really not. At least not when compared to guessing what sentence structure the programmers had in mind in a more traditional text adventure.

Anyway, if you like a good story and are OK at the slightly trial-and-error approach to plot progression then you may get a kick out of the game. The only issue is that even with all these innovations in controls and presentation, it is still a game that was way behind the curve. Had it been released a few years earlier, before the likes of Monkey Island or King's Quest V would become the genre's go-to template, the multitude of other tales using the engine TRANS Fiction Systems promised may have come into fruition.

To download the game, follow the link below. This custom installer exclusive to The Collection Chamber uses DOSBox to bring the game to modern systems. Manual and Walkthrough included. Tested on and Windows 10. 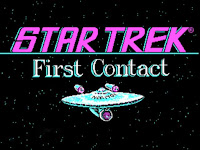 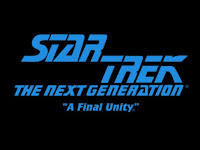 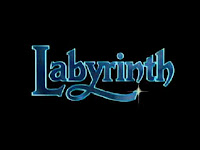