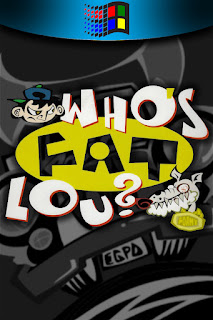 So, you wanna take out El Guapo? I'm a busy man, rulin this town... but I still got time to bust your ass. You wanna battle me, Chump? Start in the park, score yourself some tunes, and try to find my castle... if you survive. I got my people waiting for you... and it ain't gonna be easy to get through... if you make it, you still gotta defeat the dope Guapo beat. Come on, punk... I DARE YOU!!!!!!

Welcome to the demented world of Zett City. The mission is to defeat the evil dictator El Guapo. Enter an urban park and meet zany characters including a nightmarish psychotic on wheels, a fully endowed feline, a rabid dog, a wino, and many more freaks of equal caliber. Mindbending graphics and challenging games, riddles, and puzzles make Who's Fat Lou? a twisted  lesson in urban survival. Corner that Guapo, beat him at his own game, and discover who is Fat Lou.

~ from the back of the box
Never has a walk in the park been so treacherous. Who's Fat Lou? is one of those obscure adventure games from the mid-90s that make you question reality. With its urban graffiti art design and crude cartoon characters, playing it it feels like a hallucinatory fever dream. While the developers at Mediola were based in Italy, the game was designed with an American audience in mind.

The art on display was very obviously inspired by the day-glow 90s Americana aesthetic as if the artist had Fresh Prince of Bel Air on repeat while working on it. As striking as they are, the illustrations were created by the graphic artist Amitae Plasse, who is still creating urban art to this day. He began working on this project as a youth straight out of college. He also had a hand in the overall story which goes someway to explain its overall anarchic and juvenile vibe - much like the Ren & Stimpy or Beavis & Butt-head shows airing on TV. You play as a punk kid whose graffiti artist friends have been hauled to the slammer. The evil dictator El Guapo wants no more colours ruining his grey city, so you have to travel through the treacherous park in the middle of Zett City to confront him.


Drag an item to give it to the drunken wizard (left).
He'll leave behind musical treasure as a reward (right).
On your odyssey-like adventure, you come across a number of wacky characters, including a flirtatious line drawing, a perverted cat and a murderous psychopath who was forced to wear his mother's underwear on his head as a child. These all lead to a slew of erratic timed puzzles, including a sliding puzzle, a crossword and a game show heavily inspired by Price is Right called  Pick Your Price. It's hosted by a cockroach just in case you confuse the two. That latter one is perhaps the most important. You don't find items casually in screens or locations, but by winning them here. You have to guess the correct price of seemingly random items, be it free, $69 or pi. While the price associated with each item never changes on each playthrough, the price attached to them has no bases in reality whatsoever.

Outside of the many cutscenes, four icons will be displayed on the right hand side. The clock at the top will begin to tick to signal when a puzzle needs solving, whether it be answering crossword clues from a surly pigeon (an early role for Michael Rosenbaum of Smallville fame) or using one of your Pick Your Price winnings. Your reward for solving them will be music items such as dank rhymes, vinyl scratches or backing tracks. There are 19 to find and are used to create your very own rap song in your final battle with El Guapo.


Pick the correct price in Pick Your Price to earn your inventory (left).
Create a dope-ass song to attract 77 patron to the venue and defeat El Guapo (right).
Underneath this is the map, which acts as a means to travel to different places in the park, and your backpack. This will quickly and easily be filled once you've won all the game show prizes, but where to use each of them and how is not always straightforward. Let's say you've stumbled upon a drunken wino sitting on a park bench. The cutscene stops and the timer begins, alerting you that a puzzle needs solving. Open up your backpack to find out what you can give him, then drag those donuts or crayons to his open hand and see if you're right. If you are, he'll leave behind a pile of golden totems to use in the rap battle.

The mechanics are very simple, and the game as a whole is very short, though every combination of item does illicit another cutscene - usually a death, an arrest or another type of game over. In fact, most of the time is spent watching rather than playing, but the style on display is so wacky and strangely entertaining I didn't particularly mind.

To download the game, follow the link below. This custom installer exclusive to The Collection Chamber uses the DOSBox DAUM build of DOSBox running Microsoft Windows 3.1 to get the game working on modern systems. Read the ChamberNotes.txt for more detailed information. Tested on Windows 10.


Who's Fat Lou? is © Mediola SRL
Review, Cover Design and Installer created by me 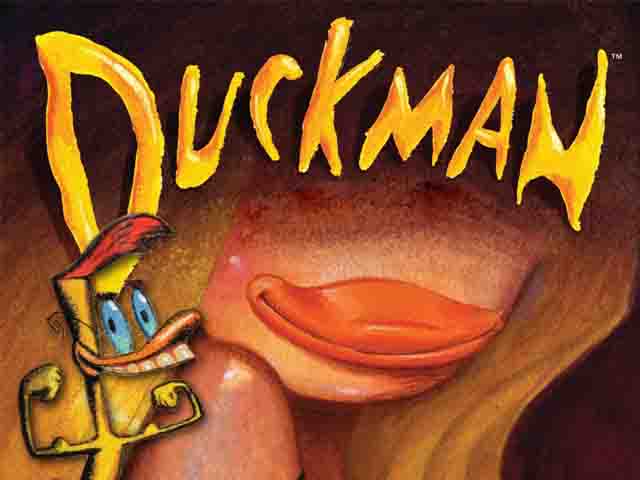 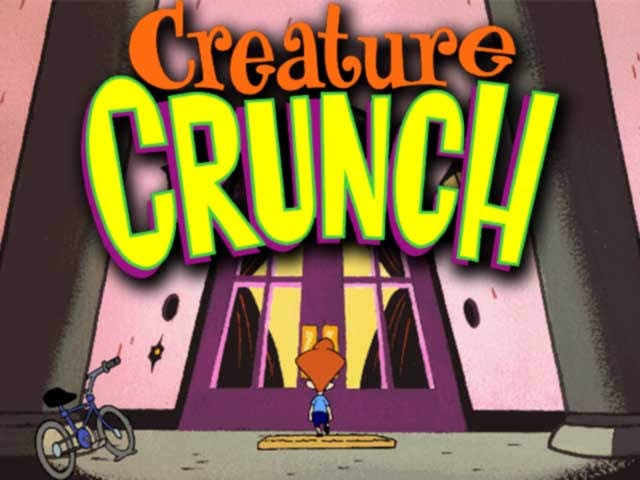 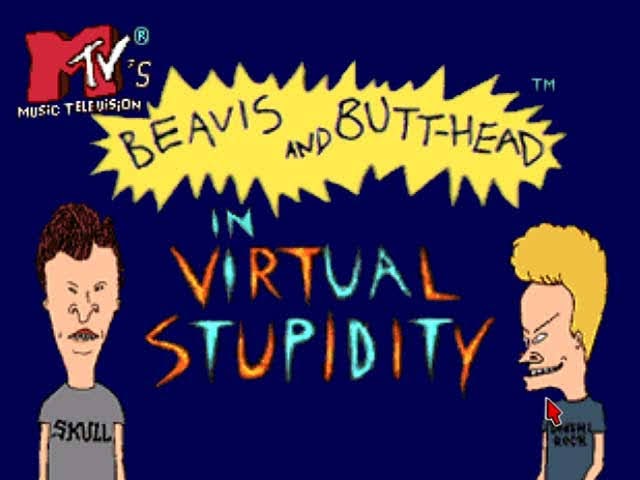