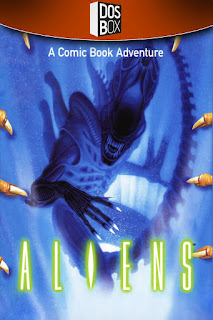 So, why that subtitle? Well Mindscape, the publisher, couldn't get the direct rights to the movie franchise from Fox themselves. Their in-house development team were in the early stages of creating the excellent Alien Trilogy so were reluctant to give it up. Instead they looked to Dark Horse Comics where a possible loophole meant they could use the plot and universe used in the highly regarded Aliens: Labyrinth graphic novel instead. It was a loophole that proved fatal for the company because not long before the game hit shelves, Fox sued their asses for copyright infringement. The outcome of this suit was that there could only sell the stock they had so far (about 120,000 copies) with no re-prints, zero marketing and any further work - including the planned French and German translations - to cease. Mindscape itself continued on, but nearly all of their US and UK staff were let go.

This has made the game somewhat rare. It's something of a blessing really because it's not really all that good, even with a license rich in potential. Cryo had become known for putting style over substance with some of the most beautiful pre-rendered graphics at the time. Sometimes they lucked into a decent game (Dune, Atlantis: The Lost Tales) but most other times they released the gaming equivalent of a supermodel - good to look at but not to spend too much time with.

The plot is a sequel of sorts to Aliens: Labyrinth where a group of scientists studying the alien Xenomorph fall prey to the unpredictable beast. The crew of the USS Sheridan, a four-man terraforming team, respond to a distress signal on the remote outpost of B54-C and this is where our Aliens: A Comic Book Adventure begins.

For a 1995 game, it does showcase some stunning visuals in places, but it all too often delves into some of the most amateurish artwork I've ever seen in such a big-budget title. The backgrounds and the alien itself are all CGI and look decent enough, but characters are all hand-drawn 2D still images. They're rarely animated and when they are it makes South Park look like a Disney movie. Combine that with an art style reminiscent of my bored biology class doodles at age 14 and it's shockingly bad. There are some especially wonky facial features when any attempt at portraying emotion is displayed.

Believe it or not, this is all the same person.

The game initially plays like a standard point and click adventure but later on some light RPG elements crop up. The first clues that another genre is creeping in is in the character relationships. Each crew members has their own stats, one of which details whether or not they like you. It's called morale but only events directly related to you affect it. So basically it's a popularity contest. They're also hungry so you have to keep providing them with burgers from a vending machine. 'Cos they can't get off their asses and get it themselves. Despite this mechanic, I began to actively hate each and every one of them. By the time the alien came on board I was begging for it to kill them one by one.

As Henrickson (do you see the Aliens reference?) most of your time is spent conversing with your three other crewmates, Lars (the facial contortionist above), O'Connor and Williams. Lars is the Captain of the USS Sheridan, but somehow he skirts the majority of his responsibilities on to you. O'Connor is the suspected android with a personality to match and Williams is the angry token female. Basically, the other crew members hit on her and she's having none of it.

Alas you need them alive as they'll join your party and help fight back. About halfway through the game combat comes into play dumping new mechanics on you with little time to adjust. The game switches to an isometric viewpoint where you can attack or defend yourself with basic moves. Think something like a super-stripped down Diablo and you're on the right track. 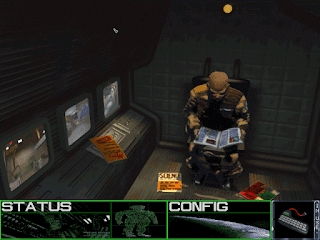 It appears I'm not the only one who's soiled themselves.

These sections make me think that the initial idea for Aliens: A Comic Book Adventure was a flat out RPG, but somehow the adventure elements took over. They're blatantly under-baked and have no reason to be included at all. In fact, the creepy alien encounters that play out strictly in adventure mode are by far the most successful parts of the game or at least better than the boring fight scenes. I believe this was one of the only game in the franchise where that make an effort to truly scare you (at least until Alien Isolation). It should at least be commended for doing something different to the non-stop action of the other games.

That in itself may be reason enough to give the game a try. It certainly was for me. Just don't expect too much depth beyond it. The characters, combat, puzzles and gameplay are all rather dire but at least the aliens go "BOO". 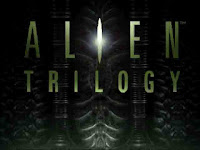