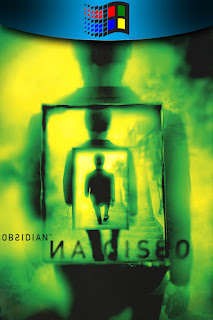 Right from the off, you can tell the amount of care that's gone into the story and presentation. It begins with a live-action trek through a woodland area where a strange monolithic structure has arisen in the distance. Exploring a nearby tent will reveal some clues as to who you are and what you're doing there. Hidden in a sleeping bag, you'll find a PDA device with a plethora of information on it. It tells you that you are Lilah, a nanotechnologist in the near future of 2066. You and your partner, Max, are taking some much-needed R n' R after the successful completion of the Ceres Project, a meteorological satellite that will clean up the pollution man has caused over the past few centuries. This seemingly unimportant fact won't come up again until much later in the game, so make note of it.

Dubbed 'Obsidian', the structure has become something of a holiday research project for the two of you, but things soon go awry. While recording data on the ever-growing structure, Max goes missing. In your attempt to find him, you head to the monolith where a door opens up from the featureless surface and takes you too. Where does it take you? A bureaucratic nightmare of 'Vidbots' and red tape, that's where.

This intro is not simply an opening cut scene. In fact, no video beyond the company idents are played until you start looking around and head towards the campsite. This unconventional presentation works incredibly well and signals how unique and thoughtful the game will eventually become. As you enter Obsidian and leave behind the real-life footage of the great outdoors, the grey and robotics offices of the 'Bureau Realm' come as a stark contrast. The colours are muted, the graphics are entirely pre-rendered CGI and a huge, imposing statue of the Greek god Atlas holding the Earth resides in the centre. Scattered around the area are several Vidbots to guide you in their own special way. When talking to you, their screens will show the actor's mouth, hiding their identity (in a knowing wink, one will ask you to 'find the blue pages' - a reference to Myst), but you may nevertheless recognise them from some of the videos you saw on the PDA earlier. This begs the question; is this real or are we in a Wizard of Oz style dream state? That question will stay with you right up until the end.

There are four 'realms' to travel in, each pretty much contained on their own CD (there was originally a total of 5!). As well as the Bureau Realm, there's the Spider Realm, the Inspiration Realm and the Conductor Realm. Each are as surreal as the others. As well as the Vidbots, the Bureau realm requires you to defy gravity and investigate the four walls and ceiling, each with their own fiendishly entertaining puzzle. The Spider Zone plays host to a dormant mechanical arachnid that needs to be awakened. To do this you need to travel to four zones - each themed after the elements - and get their respective 'keys' (or 'constellations'). The Inspiration Realm looks like a giant junkyard with spherical worlds and picture frames hanging from the sky. You can travel to each planet to visit different lands. The last realm, Conductor Realm, is an area filled with light and energy, but the less said about that the better. This is where the overarching plot will become clear. Or at least as clear as such a storyline will allow.

As well as the overall theme of man's choices and responsibility for the world in which we live in, each realm also delves into different themes of what it is to be human. Reminiscent of Terry Gilliam's 1985 movie Brazil, the Bureau Realm is very much about order and chaos and their difficult yet necessary co-existence. In order to progress in the game, you have to actively defy the bureaucratic rules. The Spider Realm obtusely deals with the spiritual and the scientific. After solving the puzzles in each of the four zones (based on Earth, Air, Water and Fire), they culminate in a rather monastic view of the stars with a preacher acting as voice over. Yet despite this religious undertone, the zones are mostly solved through manipulating technology and empirical reasoning. Not to mention that the (resurrected) spider itself is a mechanical construct.

The Inspiration Realm is another world whose themes are at odds with each other. This time, art and trash are in contradiction. What is revered and what is disposable? The hub of the area is an ugly, rusty junkyard with a never-ending skyline of garbage. There's a promise of beauty up above, just out of reach. The picture frames frame nothing but darkness, yet when you're able to access the skies and travel to the planets, art becomes the main focus. Be it sculpture, painting, music or theatre, it's obvious these areas are designed to be in stark contrast to what's below them. I'll leave you to discover and interpret the final realm.

Maybe I'm thinking too much about all this. It's rare for any game to be open to interpretation like this and I do enjoy it when they do. However, if the game itself is bad, no over-thinking can save it. Obsidian is not bad at all. In fact, it's anything but. The puzzles are almost all fascinating brain-benders that rewards self-discovery (is this a theme?). The majority are incredibly unique and well thought out. For example, in the Bureau Realm, you're tasked with retrieving a Standard Damages form. One of the walls holds a vast number of documents listed under several different words. Is it under Standard or Damages? A quick look at both will tell you it's neither (although you may want to take a look at some anyway - they're quite funny). The answer lies in a nearby computer that really wants to play a word game with you. Type in the two words and guess the longest word you can make out of those letters. That's the word the correct form is filed under. It's humourous, it logical (to a degree) and it's great fun to figure out. Outside of a couple of outliers, all of the puzzles are an equally good time.


This is what you get when you type in 'Collection Chamber'.

The game cost a whopping $2 million to produce, making it one of the most expensive games at the time. It shows. The graphics are as detailed and creative as 1996 would allow and the inspired design means that it still holds up. Unfortunately, the game didn't sell well enough to make its money back and Rocket Science Games was no more.

But that doesn't mean that the game should be forgotten. Obsidian deserves to be revered as one of the best examples of games as art, adventure games and games overall. It truly is a hidden masterpiece that everyone should play. And now you can!


Obsidian is © Rocket Science Games
Review, Cover Design and Installer created by me 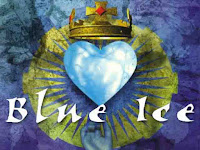 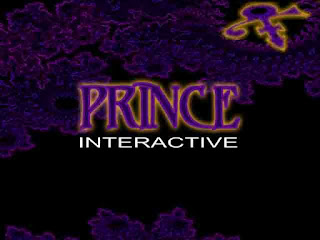