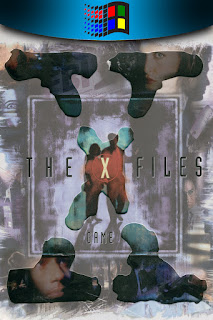 There was a time in my youth when I was obsessed with The X-Files. I had all episodes on VHS (official and recorded from TV), then later on DVD and now Blu-Ray. I had the comic books, the novels, the episode guides, the action figures, the collectable card game, two board games and - as is the topic today - the video games. Coming out at the height of its popularity in 1998, The X-Files Game was an epic FMV adventure spanning a whopping 7 discs. But does it do the show justice?

As a whole, developers Hyperbole Studios do a good job immersing you in an authentic feeling if overlong episode. It's shot and acted well with a mystery that gets quite thrilling when it kicks into gear. The thing is you are not put in the shoes of Agents Mulder or Scully. Instead, you are Agent Craig Willmore who has been tasked with finding those two who have gone missing. The first recognisable character you see is Assistant Director Skinner, who has travelled to Seattle where you're based in order to give you the assignment. He even accompanies you on location for a short while.

The game begins in the tiny FBI field office where you work. The first interaction is with Agent Cook who has some gossip about a bigwig from Washington meeting with the boss. You can respond to him in one of three ways; 'funny', 'indifferent' or 'paranoid'. Depending on your choice, there'll be small changes to the game. For example, if you choose 'indifferent', Cook will place your mail on your desk. It's an inconsequential letter from you ex-wife so nothing truly game changing. This mechanic is used so infrequently and has such little consequence I do wonder why it's there.

After this, you're free to roam the tiny office. Navigation is done in the first person and has been entirely created through still photos. I actually found the layout here to be a little confusing at first. There are so many nodes in bland-looking corridors that have little to distinguish themselves. There is a logic to it which you can get used to but it doesn't give you a good first impression.

You will be able to pick up everything you'll need to play the game. You'll get an evidence kit, a pair of binoculars, a lockpick, a camera, night vision goggles and a torch. Under your desk, you'll also find a pair of handcuffs, your FBI badge, and a gun. Each can be used in the game, but not all are needed. In fact, all of these items are somewhat underused. Even that trusty X-Files staple that is a torch is only needed a couple of times. It's a shame because the mechanics given to each are somewhat interesting. You can pretend you're in another hit TV show with the evidence kit and go all CSI on the crime scene - but there's only one crime scene in the game. Locked doors are not much of a problem (or a puzzle) with the lockpick, but you can count the number of times it's needed on one hand - and a deformed one at that. I used the binoculars twice, the camera once (though I did take a few cheeky photos of Skinner, much to his chagrin), discharged my weapon in two gun fights (you can shoot at Skinner too if you wanna get arrested) and the handcuffs and night vision goggles weren't used at all. Overall they're one whole load of wasted mechanics.

So where is the bulk of that 7 CDs worth of game spent? On FMV, that's where. The footage is of a rather nice quality considering the age and there's a hell of a lot of it. What you'll be spending most of your interactions on is in conversations. There's very little variation needed to the dialogue trees and, with only a few giving anything to consider, very little thought. Any puzzles in the game are either so diegetic as to be unnoticeable or so simple as to be invisible. For example, there's hardly any thought behind using a lockpick, yet putting out an APB is as simple as pressing 'send' on your computer. The only place I was stuck early on is logging into the computer. When you fail a number of times, it gives you a clue: "Your favourite civil war battle". The idea is that a word or object found within the room is your password but any non-American will have trouble recognising civil war references. What I did was enter every word found in the office until I got it right. It took some time.

Because of the way the puzzles are implemented, the game is rather easy. The only difficulty I had was during the action scenes where the gameplay becomes something of a lightgun shooter. Enemies do get you by surprise but once you know when and where they'll pop up, you can breeze through them. Even the climactic timed sequence is easy to figure out.

Beyond the actual mechanics, the story and pacing are something of a mixed bag. It will be several discs before you come across anything paranormal and several discs more before you meet either Mulder or Scully. I found this tiresome on my first playthrough back in the day but not so much now I know what to expect. The story is that Gillian Anderson and David Duchovny had a limited window to film their scenes because they were rushing off to make the first feature film. With that in mind, it's understandable that this was the direction they took.

The story takes place in the first few days of April 1996, so that lands it firmly in the middle of season 3 (between Avatar and Wetwired to be precise). Earlier that season, we got our first glimpse at the 'black cancer', an alien goo that takes over the consciousness of a human host and is a large part of the overall mythology. As such, this is Mulder and Scully's second confrontation with this particular boogyman which culminates in a rather spectacular finale. It's on this final disc where the game truly becomes memorable, and what kept me coming back to it several times.

I have many complaints about The X-Files Game, but being a huge X-Phile, I also have a massive soft spot for it. I doubt anyone other than fans could overlook the faults and enjoy it for what it is but I nevertheless urge any adventure gamer to give it a try at least. I rate it among the better FMV titles out there, even if other reviewers have noted it to be among the worst (they obviously haven't played as many of them as I have). It's not as good as the belated Resist or Serve on the PlayStation 2 or games that use the technology more thoughtfully like Obsidian and Gabriel Knight 2. Still, in my eyes it will always be a worthy addition to any fan's library.

The X-Files Game is © Fox Interactive
The X-Files (the series) is © 20th Century Fox
Review, Cover Design and Installer created by me 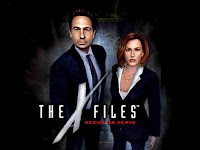 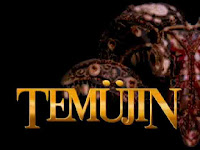 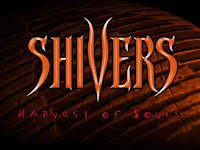