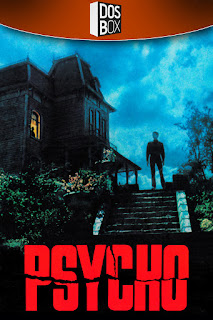 Just like the master director, I'm going to leave you in suspense for a little while. I first want to get you up to speed on the litlle-known developers. Starsoft was a budget developer founded in 1986 by Hal McCrey, an ex-designer for Adventure International. They tended to complete and release unfinished games from defunct companies, but it was only to last 6 years (still a longer existance than the 2 years theire publisher, Box Office Inc lasted). They are perhaps most significant for prolonging Adventure International's interactive-fiction output until the early 90s, long after the genre had mass appeal. They were the grandaddy of text-based adventures (Adventureland was first released way back in 1978!) and their founder, Scott Adams is officially one of gaming history's greats. If fact, Adams took on programming duties for Psycho, but I'm sure he wouldn't like to be associated with it.
So, in case you haven't guessed, Psycho is a pretty bad game. It's an action-adventure that plays like a precursor to the survival horror genre. I doubt it had any direct impact on the likes of Alone in the Dark (or anyone at all to be honest), but it is notably similar nevertheless. You explore the creepy residence of Norman Bates, unlocking doors by finding keys and occasionally attacking ghouls using a gun with limited ammo. Many of the rooms are recognisable from the movie and its two sequels (the first of which is actually pretty decent) which is always a plus.

That, along with a nice opening cutscene for the Amiga version, is where the similarities end. You are a detective on the case of a missing shipment of jewels and a kidnapped curator. So of course, all signs point to the Bates Motel. Armed with your trusty magnifying glass perpetually held at arm's length, you slowly investigate the residence for clues.

In this game, clues are physical objects that can be found. They act as an optional guidance in how to proceed, or at least they should. Hints like "skeleton keys open doors, not skeletons" are as unhelpful as they are funny. They are found in random places like a toaster or crystal ball with no telltale signs to point to them being there. I guess it's an attempt to coax you into inspecting everything, but with the way the game actually plays, it's not as simple as that.

You control the detective with the arrow keys but he is by far the slowest walking avatar I've ever seen in a game. He's so incumbered it can take several minutes to cross a single room! This and the fact that searching for items or clues is not particularly responsive or intuitive, I mostly didn't bother with them. Any action you do is mapped to a key on the keyboard. They are mostly the usual adventure fare such as (O)pen, (T)ake and (S)earch (the 'L' for the common verb of 'Look' is reserved for 'Leave', only used to get out of a dumb waiter). There's a key that needs to be found in a vase at the beginning of the game. To grab it, you first need to (S)earch the ornament, then (D)ig in the sand held within it, (S)earch again to make sure you found something, then (T)ake it to add it to your inventory (there are 8 spaces which is lucky 'cos there's only 8 inventory items total). That's if the key is actually found there. If it isn't, it's more than likely found in the pocket of the coat opposite. I've seen some reviews having not found the alternate location call this a glitch, but I think it's more of an attempt at randomising each playthrough. It's rare and not mentioned anywhere that this could be the case so I understand their conclusion.

Some of the verbs weren't used at all in my playthrough. The (P)ull/push option must be useable somewhere but I didn't find a place that needed it. Same with (R)ead, but that's more down to how annoying and poorly worded everything is. The one action you'll use most often is (F)ire. Once you've found the gun, you can attack ghost dogs, ghost bees, and plain old ghosts. They appear at random times in specific rooms and will put you to sleep if they hit you. To stay in keeping with the source material, Bates dressed as Mother shows up a couple of times too.

In this game, time acts as your life bar. You have four in-game hours to complete it and a big chunk gets taken off if you're hit or you simply take too long you fall asleep (it is 2AM after all). You can prevent at least some of the time loss by munching on caffeine pills using the (E)at command. You can find a bottle full of them in the bathroom cabinet.

The game was released on multiple home computers in the late 80s. The DOS version isn't much to look at and harbours the most bugs out of all of the versions. The Amiga version that came out a year later is the best, with nicer graphics and sound as well as fewer bugs. The downside is that the player moves the slowest here. There is a Commodore 64 version as well which is perhaps the most technically impressive considering the hardware, but the excruciatingly long loading times and the multiple need to swap discs make it unplayable in my opinion, hense its omission.

Psycho is a weird game. It's not good by any means and is probably the worst game I've ever released from the chamber to date. However, during the incredibly short playtime (it clocks in at around 30 minutes to an hour to solve but halve that if you know what you're doing), it did begin to strangely endear itself to me like an old crappy horror movie. The problem is that source material is the exact opposite. Even some of the lesser sequels and the ill-conceived remake don't come close. As such, I can't recommend Psycho to anyone other than those with an affinity towards bad games.


To download the game, follow the link below. This custom installer exclusive to The Collection Chamber uses DOSBox to bring the PC version to modern systems and FS-UAE to emulate the Amiga version. Manual included. Tested on Windows 10.


Psycho (the game) is © Starsoft Development Laboratories
Psycho (the movie) is © Universal
Review, Cover Design and Installer created by me 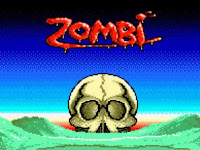 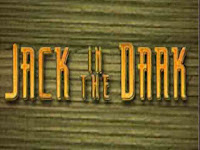 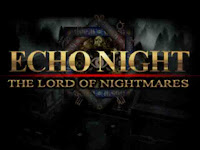