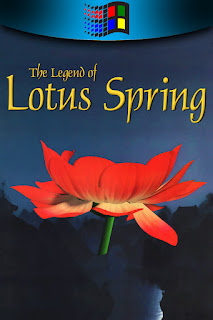 On this most romantic of days, why not play through a traditional Chinese love story in The Legend of Lotus Spring (1999, Xing Xing). Taking place in a beautifully re-created Garden of Perfect Brightness (Yuan Ming Yuan or the Old Summer Palace) in Beijing during the Qing Dynasty, it recounts the tragic love story between Emperor Xian Feng and his concubine HeHanQu, a woman who he lovingly renames Lotus Spring.

The year is 1858, eight years after Xian Feng's succession to the Chinese throne at age 19 and for two years the Second Opium War has been raging. During this time, HeHanQu has been detained in the garden palace at the request of the Emperor's jealous wife with the aim to isolate the two from each other. Though preoccupied with the war, thoughts of Lotus Spring and the magical garden never left him. He would only return once news of his beloved's death reached him, and so our game begins.


Hitting 'Space' will open your inventory screen which keeps track of the items you've found (left).
After finding each memory, it will be poetically logged in the dream diary of Lotus Spring (right).

You play as the Emperor Xian Feng himself who has returned to the Old Summer Palace to reminisce about his love. In a rather aimless and melancholy way, you explore the eerily empty location in search of sentimental trinkets that will usher in a memory. This is your main goal, but the order in which you collect these items is entirely up to you, though some are locked away at first. How you discover them is more by chance and exploration than by signposted puzzles or hand-holding. However, with a location as spectacularly realised as this one, wandering around is just as much fun.

The memories you uncover are somewhat inconsequential to begin with. Drinking tea or playing a traditional Chinese game of Go is not particularly noteworthy, but the mutual feelings between the two are on full display. Even if you find these wordless cutscenes to be dated or crudely animated, they still offer an emotional weight to them. Once found, they are added to Lotus Spring's Dream Diary found on the inventory screen with more poetic flair.


Open the map by pressing 'M'. It will give you a rough idea of where you are (left).
Using one of the matches to light some incense will trigger a memory cutscene (right).

The Legend of Lotus Spring was released in North America on the Valentine's Day of 2000 and is one of the few releases at the time to cater for a very specific audience - women. The Canadian publisher WomenWise discovered the game almost by accident. Based in Vancouver, Xing Xing had been shipping their thought-provoking game to a number of places who all turned it down, perhaps due to the romantic plot and pacifist subject mater. It was on one of these reject piles that the founder of WomenWise - who hadn't published a game before - picked it up, played it and loved it. Despite the company's demographic being women and a promotional campaign that directly targeted them, I think The Legend of Lotus Spring is universal. The story, setting and sense of historical intrigue are more than enough to wow adventure game fans.

While it all looks stunning, the first-person perspective can sometimes be confusing. Movement is performed through static images (with the occasional animated one) but you don't follow a determined system, such as a grid. This can result in you losing your bearings quite frequently and even the map proves to be of little use. When it takes a multitude of clicks just to turn 360 degrees - numbering in the 10s in some cases - it becomes incredibly unintuitive. Many times did I click around just so I could get an idea of where I was, only to miss something in the process, which is already all too easy to do.


The china doll cursor will come to life to show you how some tasks are traditionally done.
Here she's making tea (left) or fetching water (right).

Your cursor, being that of a china doll, accompanies the emperor throughout the game. She's a character in and of herself, though she's not mentioned once in the actual narrative of the lovelorn duo. Her arms will point outstretched if you can move in that direction or flair out when you can grab an object. She will also occasionally appear in the game world making tea or banging a drum. These cutscenes are separate from the love story and have no real bearing on the game's ultimate goal. Instead, they serve as a cute way to show how a number of traditional tools, instruments and other objects worked or played in the mid 19th century.

Some of the more obvious puzzles are scattered around the many rooms of the palace - including one as familiar as a jigsaw - but most of the more entertaining ones are a little more esoteric, perhaps involving one of the six objects that feature on the inventory screen. Searching for these is the only real direction the game gives you, but they are often used several times in several locations in several ways. Here's an early example; you find the matches in one of the early rooms - a prayer room - and lighting the incense there will trigger a memory. Later on, in the bedroom of Lotus Spring, you'll also need them to light a few candles triggering her spirit to highlight a further point of interest.

Even though the gameplay is rather unfocused and undisciplined, the atmosphere, visuals and story are all top-notch. Xian Feng's tragic love affair with Lotus Spring is one for the ages and this somewhat minimalist retelling more than does it justice. You can even find a composition of a traditional Chinese folk song based on the tale within the music room. In fact, there is a lot of historical art and cultural factoids proudly on display throughout the game.


The palace holds a huge array of Imperial art and poems gathered from the original sources (left).
Press 'I' and an encyclopedia will offer details on anything found in your current location (right)

Sadly, the historic Garden of Perfect Brightness didn't survive the Second Opium War and was destroyed in 1860. A year later, the reign of Xian Feng would end with his death at the young age of 31. Judging by this game alone, the location was a sight to behold but there are many first-hand accounts that speak fondly of it too.  A captain in the Royal Engineers who was present and participated in its burning wrote: "You can scarcely imagine the beauty and magnificence of the places we burnt. It made one's heart sore to burn them". The remains have become something of a museum and tourist destination, but its once magnificent beauty is long gone.

And that's the feeling you get playing this game. Your heart aches for a beauty forever lost - a lost love and a lost location. There are very few games that could draw out those kinds of melancholic emotions but with its exquisite tale of love and loss, The Legend of Lotus Spring proudly sits as one of them.


The Legend of Lotus Spring is © Xing Xing
Review, Cover Design and Installer created by me 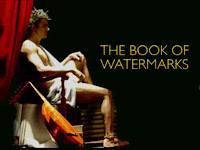 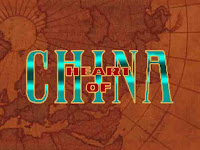 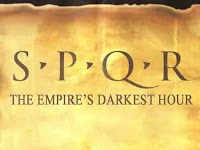