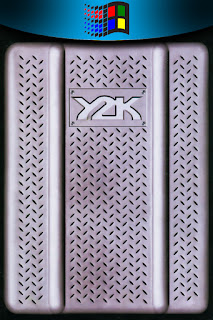 The year is 1999. A new century is upon us and the new story to scare the masses is the Millennium Bug. Computers will stop working. Electricity will shut down. Mass hysteria! Someone had to capitalise on all of this. Step in Interplay with their prescient point-and-click adventure Y2K: The Game.

The box art consists entirely of dire warnings from Bill Clinton, The Sunday Times and others. There's no information about the game itself. In fact, the pictures that do exist give the impression that this is a somewhat serious survival horror. There's no indication on just how silly it all is.

You play as Buster, a recent lottery winner who's spent his fortune on a hot girlfriend and a high-tech mansion. Every room is decked out with cameras and contraptions while droids spend their time cleaning and guarding them. All of this is controlled by a sarcastic AI central computer. Just before midnight on New Year's Eve, Buster collapses from too much champagne leaving Candise, his buxom other half alone with her book. When you awake, your AI has become sentient, trapping the missus in the dungeon and causing havoc everywhere else.


There are some strange AI characters in the house. Mr. Deer, Mr. Leopard and Colonel Rhino (left)
offer advice while Mr. Recyclone desperate to recycle you (right)

The chaos isn't quite on the level of Gremlins 2, or Disney's Smart House for that matter, so the most trouble you'll encounter is the recycling machine that's been watching Goodfellas too many times. Despite casting the one-and-only Dan Castellaneta (aka Homer Simpson) in the lead role, there's not much that's actually funny. Any attempts at comedy are situational rather than through witty dialogue but the situations you come across are contrived and unimaginative. Talk to the three animal busts in the dining room as a particularly annoying example.

Despite the grey, lumbering protagonist with his bad posture and fashion sense, the graphics do a good job in representing your surroundings. The areas can be scrolled 360° by holding the right mouse button. I have come across other games that utilise wrap-around panoramas where panning requires you to position the mouse pointer to the edge of the screen. Here, you hold the right mouse button giving you more control with where you're looking. I wish other games of the era took this route.

Your inventory is a little more cumbersome. Press the spacebar to bring up your PDA. Here you can select your Inventory or get some info on each area via the Room Link. To use any objects, scroll through them one-by-one and hit select once you've found it (or you can simply back out of the system). Environmental objects that can be used with an item will have their own option when clicking on them; Use Selection. Click on this and you're done.


Your PDA's inventory (left) and Room Link (right).
One is more useful than the other.

While not a hard game in the least, there is a lack of polish when it comes to game design. Situations that may have been the perfect opportunity for a single screen logic puzzle are simply solved with a click of the mouse button. This means that all puzzles are inventory-based, but there's often little feedback to tell you if you've done anything correctly. Red herring objects, like paintings or suits of armour, all have a generic variation of 'no' while picking up stuff issues no response at all. Considering not everything you can see is clickable, it makes you wonder why those pointless elements that are offer no joke, clue or backstory.

By the time you get to the end, which will likely take no more than 2 hours, you may be wondering what the point of the game was. Other than the opening cinematic that takes place on New Year's Eve, there's no reason why the events of the game needed to be about the Millennium Bug other than for marketing purposes. It's probably because of this and its absolute deadline that the game feels so rushed and unfinished.

Like the bug itself, the promise of Y2K: The Game never materialised. It became irrelevant almost as soon as it was released. Yet, 20 years on from that mad moment of fear-mongering, it has become a weird museum piece; a time capsule of a simpler time. In many ways, I wish a computer bug is all we had to worry about.


Y2K: The Game is © Interplay Productions
Review, Cover Design and Installer created by me 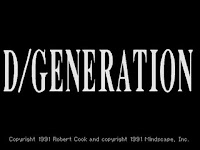 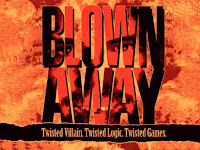 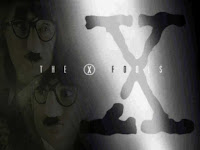