THE SACRED MIRROR OF KOFUN 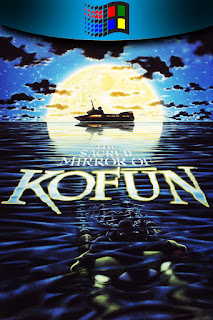 With each generation, there is a successful new type of game that spawns many a copycat clone as gaming companies chase the financial success of that title. This current generation we have the model of games as service, the last generation Call of Duty spawned many copycats. A fair amount of generations before these, first-person point-and-click puzzle games were the genre-du-jour thank to the inspiration and popularity of Myst. Let's look at one such clone from 1996; The Sacred Mirror of Kofun.

Unfortunately for every successful generation-defining game, there seems to be a multitude of failures. For every Destiny, there's a Fallout 76 or Anthem. For every Call of Duty, there's a Turning Point or Frontline. For every Myst, there was an Atlantis or The Sacred Mirror of Kofun…

Being Future Concepts take on the Myst formula, they needed their own hook and that of Kofun was its co-producer; the famous oceanographic explorer Jean-Michel Cousteau (son of Jacques Cousteau) and featured full-motion video sequences and actual underwater footage. They even boasted it as being the first game to use such documentary footage.


Jean-Michel Cousteau, famous Oceanographer and head of the expedition (left)
Your years as a stock car racer make you just crazy enough for this job (right)

Opening on what appears to be a study at night, you receive a video message on a desk computer. Playing as an adventurer named Chris Young, the message informs you that you're being recruited by Jean-Michel Cousteau to pilot a state of the art scientific vessel christened Antares on its mission to study the biodiversity of the ocean, but are also given a side mission to find the mystical Sacred Mirror of Kofun, an ancient Japanese artefact believed lost forever. They then proceed to tell you why you were chosen for this important mission. Well because you dabble in marine technology and ‘your years as a stock car racer makes you just crazy enough for this job…’

Now don’t get me wrong Stock car racing is a dangerous endeavour, but how does that qualify you to assess the state of the world’s oceans and lead an archaeological expedition for an ancient artefact? As I tried to get to grips with the premise, the game unceremoniously dumps you in the bridge of the expedition vehicle (I guess you accepted the job, travelled to Hawaii in a flash and walked into the boat without anyone noticing, but I digress) and you are tasked with… nothing. I therefore elected to start clicking on things and moving around the screens to see what happens. This doesn't bode well for me as there's nothing worse in an old point-and-click game than being expected to do a task with no idea what that tasks actually is or how you are supposed to do it!


The bridge of the Antares (left) holds the annoyingly smug face of E.D.W.A.R.D., the ship's AI (right)

After a fair amount of clicking in the not-very-interactive environment, I happened upon a lava lamp. This turned out to be E.D.W.A.R.D., your AI guide and companion. He welcomes you, signs you in and tells you to go and see Jean Michel in the next room, which turns out is way more obtuse than it should be. Grand music plays as you spend five minutes searching for a tiny switch from a very specific angle, whilst being taunted by E.D.W.A.R.D. the annoying AI (perhaps they are having second thoughts about recruiting a stock car driver to lead a scientific expedition). Eventually, I found the switch by simply turning left from E.D.W.A.R.D.'s smug face.

As you leave the room you are immediately greeted with a video of Jean-Michel Cousteau and other personnel who welcome you. Here is where you'll be given your mission and list of equipment available to you. Jean-Michel then ends by stating; "Your objective is clear. You must find a site that presents a great biological variety…". No, it bloody isn’t clear mate! How am I supposed to find this site? Is no one going to give me a tour of the boat and how it works? I’m a blooming stock car racer for goodness sake! This expedition does not seem very well planned.


E.D.W.A.R.D.'s search function and encyclopedia (left)
The subtitles are slow to arrive during conversations with your crew (right)

I spent the next 45mins walking around an empty ship trying to find out what I had to do. Turns out I needed to keep clicking around the bridge and after a set amount of time of doing such I would then get a video message. From there I should have gone back to the AI lava lamp to get an ID card. That ID card then needs to be plugged in to an area you wouldn’t know was there unless you spam-clicked the screen.

The game continues in that vein yet I soldiered on as best one could. Eventually, I ended up hunting down the manual which leads you through the first puzzles. If you need to put a mini walkthrough in your game's manual then it's a sign that it definitely needs more work. Also worthy of note from this document is that your character was also an ace fighter pilot in the gulf war, which I guess moves you closer to being able to lead this expedition, but I would still be having serious words with the HR department and recruitment team.

From then on, most of the gameplay consists of looking things up in E.D.W.A.R.D.'s encyclopedia, then scuba diving and taking photos as you go. Even though the underwater sections use real documentary footage instead of pre-rendered environments (which would have been rather good at the time of the game's release), the use of archive clips means you are very limited in how you interact with it.

The Sacred Mirror of Kofun was supposed to be part of a series of adventures by Jean-Michel Cousteau, but commercially and critically it was a failure. In my opinion, they weren’t wrong. It has many of the bad hallmarks of the genre; vague objectives, studious research, pixel hunting, annoying sidekicks, poor voice acting, and the worse sin of all - it's just plain boring! As for me, I’m off to play a stock car racing game.


The Sacred Mirror of Kofun is © Enteractive Inc, Future Concept & Jean-Michel Cousteau Productions
Review by HeroOfAvalon
Cover Design and Installer created by me 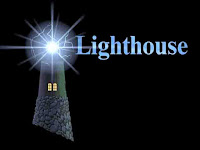 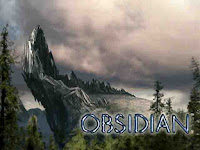 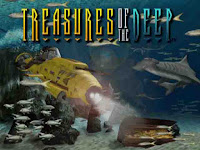