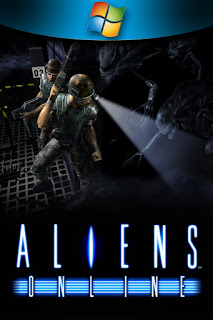 [Aliens Online] is the first time that a major movie brand, real-time 3D action, and massively multiplayer technology have been brought together in the online world. With fast action and frighteningly realistic environments, Aliens Online rewards its players with palpably intense levels of suspense and a constantly expanding game universe. Thousands of gamers have already become addicted to Aliens Online's gripping gameplay and heated head-to-head combat during its open beta testing period.

Produced by Kesmai Studios in conjunction with Fox Interactive and Mythic Entertainment, Aliens Online pits Colonial Marines against a group of murderous aliens that have infested a space station and are threatening the lives of humans traveling through the universe. Along with suspenseful real-time action, claustrophobic corridors, ominous lighting, and menacing sound effects taken directly from the movie, Aliens Online offers players the choice of competing as either a Marine or an alien.

Aliens possess great speed, but can only kill Marines by direct contact. Marines, on the other hand, have all the formidable weapons seen in the movie -- flamethrowers, grenades, pulse rifles, smart guns, k-bars, shotguns and pistols -- but move much more slowly and can only detect an alien by sight or by using their motion detector, a device that obscures their view while in use.

Just as the Marines and aliens have varying capabilities, they also have different goals. While the Marines attempt to destroy the hive and its queen, the aliens must work together to defend the hive. The players build status and points in this persistent universe by killing opponents and completing special missions. Successful Marines rise through the ranks from private to captain, commanding ever-larger numbers of players, while alien players can work to acquire Queen status, controlling a hive and the players within it. Since Aliens Online is designed to foster cooperation, single players will not survive for long without the help of other team members.

Each Aliens Online sector supports up to 100 players, and new sectors are created so that up to 10,000 gamers can play simultaneously, all linked into a single persistent universe. Aliens Online requires a Pentium90 or better, running Windows 95, with 16 MB ram, and a sound card.

~ advertising blurb
I completely missed the boat on a lot of online-only games. I'm not exactly drawn to competitive play, but there is an element of FOMO when I hear stories from World of WarCraft or Call of Duty players. At least they're still going, which is more than can be said for Aliens Online, a 1998 anomaly played on the now defunct GameStorm subscription service.
Most of the games they hosted are lost to time, even if some left over data still exist. None of them have any offline components unless you want to do some series hacking. In the case of Aliens Online, which ran from 1998 to 2000, all it takes is a few tweaks in a config file to play through the levels without connecting to the servers. It's not the same experience as playing with or against 100 other souls, but it does give you a taste of what once was.
Beyond these obvious faults, there are a few caveats too. Not all updates have this single player training mode, with the most recent version - 2.21 - having the least to do. Version 2.12 will only have the Marine levels playable while ther earlier 1.11 gives you access to the Alien stages too. As a Marine, you can play as if it were a regular FPS. You have access to all of your guns and can shoot some badly programed alien drones. The later build plays better, with earlier ones having a weird inertia to the movement meaning they're quite sluggish to get started.
As for the alien, well, there's not really a game here. You cannot attack, nor can you get hit - something that no doubt would've been a think in the full release. Even so, the stages are still quite interesting to explore. You can play as either a drone or a face hugger and, in the original release, you can build up your score to play as the alien queen. I couldn't figure out a way to unlock her, but apparently her role was to just survive. The Alien side seemed to play much differently to the guns-blazing human side and I can imagine some epic battles took place.
As you can probably expect, it's not exactly the most stable in its current form. An attempt at AI has been given to the sprite-based enemies, but they seem to easily get stuck on level geometry in their rush to get to your position. The functionality of the controls vary in different builds and I couldn't hit the tiny facehuggers at all. Attempting to swap sides and start a new game will boot you out of the entire program, and the audio is scratchy and distorted. Still, considering that other online-only games from the era have been lost to time, what playability we have is an absolute miracle.
You cannot play Aliens Online nowadays as if it were the full original release. You can only experience old data as if it were a proof of concept, an uncovered alpha build or a museum piece. Considering many other online-only games from this era such as Godzilla Online are completely unfunctional, this is perhaps the best we can hope for. From what I experienced, it looks like I missed out on quite the late-90s game sessions.


Aliens Online is © Fox Interactive
Review, Cover Design and Installer created by me 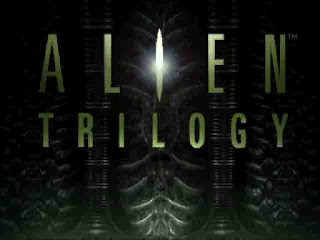 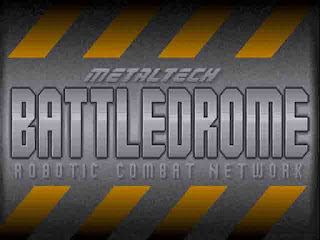 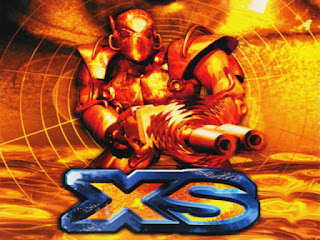