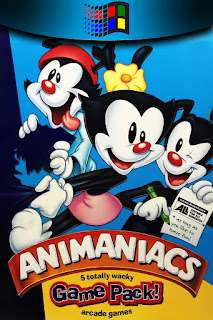 Five Totally Wacky Arcade Games!
Oh nooo! The Animaniacs have escaped from the Warner Bros. water tower (again!) and now they're wreaking havoc on your computer's desktop! Join Yakko, Wakko, and Dot to compete in five outrageous multi-leveled arcade games for spectacular grand prizes and worldwide fame (or maybe just for the high score against your friends).
Smoocher! Dot is having freaky, scary nightmare - get rid of the "bad guys" by blowing them kisses and instantly freezing them in their tracks.
Belchinator Too! A robot army has taken over the ACME labs! Use Wakko's secret weapon, The Burp, to dissolve the robots before it's too late.
Baloney's Balloon Bop! Use Yakko, the bouncing Animaniac, to pop Baloney's balloons and spoil the annoying dinosaur's party before he hugs again.
Prop Shop Drop! The studio needs props for its new made-for-TV movies. Help Yakko race through the nutty warehouse collecting the props before the time runs out!
Tee Off! Avoid outrageous obstacles while playing a wild game of miniature golf on the Warner Bros. Studio lot.
Hightlights

~ from the back of the box
If you are enjoying the Collection Chamber's Animaniacs Collection from my last post, you may want to sit down when I tell you that that collection isn't complete! Sure, every single game that found a console or handheld release is front and centre, but there were a few little-known PC games absent.
One of them is Animaniacs: Game Pack - a mini-game collection from 1997 by Funnybone Interactive who you may recognise from a previous Chamber escapee; Stay Tooned!. These types of games can vary wildly in quality and most are little more than brief diversions. The same could be said for this game too, but there are obvious attempts to strive for something great.
There are a number of lengthy animated cutscenes to accompany each of the 5 games and they almost live up to the quality of the show. The jokes don't always hit, and the visuals are uncannily off model, but their inclusion is very welcome.
The games consist of a Mario Bros. clone (Smoocher!), a Breakout clone (Baloney's Balloon Pop!) and a Back to the Future for the NES clone (Prop Shop Drop!). The most interesting are Wakko's Belchinator Too and Dot's Tee Off. Belchinator is a simplet top-down shooter akin to Alien Syndrome or Alien Breed. Sure, it's for little kids but it's an all right diversion.
The mini-game I was most looking forward to was Dot's Tee Off. It's a mini-golf mini-game with pre-rendered backgrounds that compare favourably 3D Ultra Mini-Golf. The gameplay isn't quite as nuanced, however. There are only a small number of camera angles for each hole and it's hard to time your shots correctly. In fact, the game is more about timing than it is about aiming. Miss Mindy chasing Buttons by timing your shot perfectly, taking Dot's slow swing animation into account. When you get close to the hole, the camera changes to a top-down view and aiming here is a little more important, but it's still more about the strenght of your put to get it over hard-to-judge mini-hills.
Animaniacs: Game Pack does a lot to make it more than a cheap cash grab, but the final outcome doesn't quite bring it over that line. It's an above average 'Activity Centre', but a below average game. At least you have a slew of rarely-seen shorts to watch. 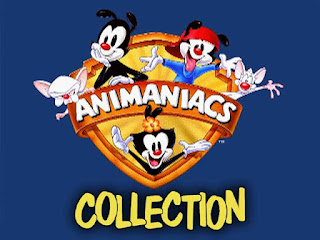 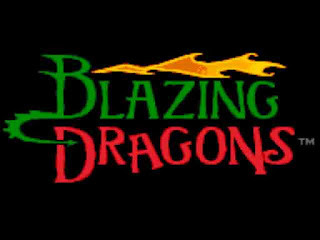 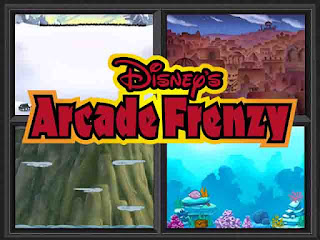