BACKPACKER: THE LOST FLORENCE GOLD MINE 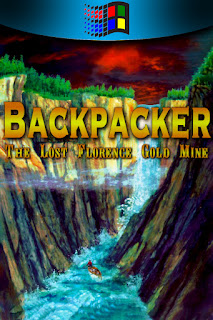 An ancient indian myth called the "Cave of Death"...

A strange note, a desperate plea for help...

Adventures await you along the trails of the Great Northwest as you pursue unsolved mysteries in the role of Detective Chuck McBlade.

There were a few obscure adventure games in the 90s that completely passed me by. Some were buried during the so-called "death" of the genre. Others came from small developers with a limited run. Many were even denied a world-wide release. In the case of Backpacker: The Lost Florence Gold Mine, all three are true.

The point-and-click adventure was developed and published by a small California-based company called Animagination founded by Richard Williams and Paul Grabmiller. Along with a small team creating the artwork, most of the game was created by these two in their spare time over the course of four years. When it was finally able to be purchased by US residents on their website, the game looked dated, almost archaic. Backpacker would be their only game and Animagination slowly morphed into a Christian company, highlighting the kind of news and information that makes non-religious folk uncomfortable.

But there's no bible-thumping in Backpacker. In fact, the game was heavily inspired by the real-world legends and locations of the American midwest. You play Detective Chuck McBlade, an unassuming fellow who's been asked to solve a 60-year-old murder at Payette Lake, Idaho. John Florence went missing in 1886 during the gold rush. Legend has it he found a rich gold mine before his apparent murder, and his journal just so happened to find its way to your doorstep. You seemingly have nothing better to do so you travel out of the city to investigate (or perhaps the thought of gold had something to do with it).


Maps, books and other documents are useful to help you solve puzzles.

When you arrive at the Payette Inn, your wallet gets stolen and it appears one of the establishment's co-owners, Bart, is responsible. Thankfully, the other one is more pleasant to be around. He's known as Old Joseph around these parts and Bart is plotting to buy out his side of the land by any means necessary. Old Joe has a history with the Payette Forest. It was his father that was murdered in mysterious circumstances all those years ago. He has one daughter, the beautiful Meagan, who helps out in the restaurant. Being very concerned with Bart's obvious yet unprovable shenanigans, she sent for you to help. Without the cash to pay your bill, you are forced to do chores while exploring the mountainous surroundings looking for clues at the same time.

Like the main character, it's an overall unassuming story. Chuck has no relation to Meagan or her father and beyond some flirtation-at-first-sight he has no need to put himself in the middle of that family's struggles. It often puts him great danger too. Much like an old Sierra game, Chuck can die at the slightest wrong move. Pick up a mushroom; death. Step into a river; death. Misidentify a berry; death. It's not quite as aggravating as King's Quest at its worst, but it definitely caused me to grumpily replay certain moments multiple times. Thankfully, there is a quicksave feature (F6) which is often a lifeline.

The story may be a little threadbare, but the puzzles are for the most part well done. You can collect books that detail the flora and fauna of your surroundings, and they can be used to identify poisonous plants or how to use a snake bite kit. You're gonna need each piece of information at some point. All of them are diegetic to the location with little in the way of moon logic. The true difficulty comes in the mini-games.


The mini-games can be frustrating. Test your mouse skills by playing darts (left)
or fly through an impressively rendered (for its budget) mountain range on a hang glider (right).

The first mini-game you'll come across is a game of darts. Get exactly 301 points before your opponent to arbitrarily carry on the story. It's implemented pretty poorly, requiring dexterous mouse skills over accurate aiming. First you set your target, marking it with a red 'X' on the dart board. Then select a dart on the right hand side. The Speed slider will quickly rise, so click the Speed button to stop it as close to the black line as you can. The Accuracy slider will then instantly activate so tap that Accuracy button in much the same way too. To be successful at this game has more to do with accurate mouse manoeuvrability than timing, but it's doable. That's more than can be said for the confounding hang gliding segment where you have to fly over the lake and land on the island in the centre. None of these can be skipped and in some cases failure means death.

Backpacker came to market in the March of 1997, just when rumblings of the adventure game's decline were being whispered about in gaming magazines. In comparison to other such games of this year, it looked simply archaic. Graphically, it's five years older than it is with static screens and low-resolution, pixelated artwork. Only the fully voiced speech differentiates it from games from the past. While certainly a gripe to complain about in 1997, it barely crossed my mind today. Graphics mean nothing to a retro gamer, but I still would've liked a little more pizazz in its presentation.

If you like the adventure game genre, Backpacker: The Lost Florence Gold Mine will surely win you over. It's not big or brash but it does have a few nice puzzles and a quaint, low-key charm not normally found in interactive media. I, at least, am glad I came across it.

To download the game, follow the link below. This custom installer exclusive to The Collection Chamber uses the DOSBox-X build of DOSBox running Microsoft Windows 3.1 to get the game working on modern systems. Manual included. Read the ChamberNotes.txt for more detailed information. Tested on Windows 10.


Backpacker: The Lost Florence Gold Mine is © Animagination
Review, Cover Design and Installer created by me 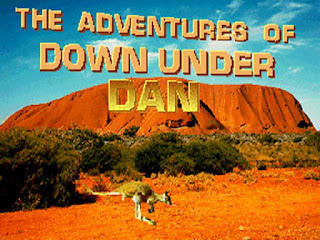 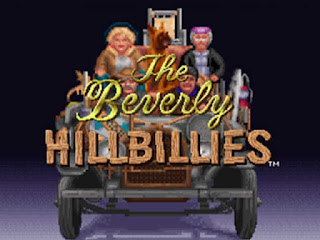 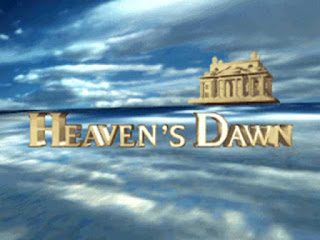