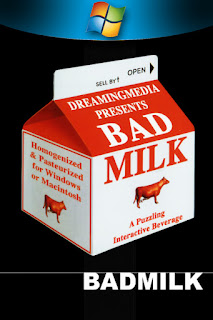 Bad Milk is an interactive video environment to explore and a puzzle to solve. To succeed, gather the hidden clues spread throught the game. Explore new areas by clicking objects that you have not clicked before. To activate some objects you will need to click and drag.

For tips, go to:
www.dreamingmedia.com

~from the back of the jewel case

It's going to be a daunting task trying to describe Bad Milk to you. It's a short puzzle adventure designed by brothers Ted and Mick Skolnick as an art project and sold on their Dreaming Media website as if it were almost an advertisement for their company. This was the beginning of the new millennium so any expertise in web design or programming was potentially lucrative.

The game was said to combine both of the brothers' skills in art design and programming respectively and took a year and around $12,000 to complete. It wasn't cheap for a couple of siblings fresh out of college, but the game did garner some attention in 2002 where it won two awards at the Independent Games Festival, including the Seumas McNally Grand Prize and Innovation in Audio.

If anything, the game's audio is its strongest aspect. There are two blind mazes where you have to navigate through audio clues so vivid you could get a real sense of what the location would look like if you could actually see. Broken windows shatter as you stumble through them and crunch when you walk back. A murmers of patrons at a jazz club convince you that this is a champaign social and not a vodka and coke kinda night.


Find the obtuse numeral clues to enter them into the head-shaped combination lock.

Gameplay-wise, it's extremely lacking. You select various single-screen puzzles in order to learn clues to enter at the end of the game. There are three numbers and two words. It will take about 30 minutes to reach the end, which I suspect even novice codebreakers would see fairly quickly too. There's not much to do, but boy is there a lot to think about.

I urge everyone to play the game before reading on, as I will get into spoilers for what little content the game has, but I wanted to get into it as every image, audio cue and puzzle serves a greater theme. That theme is death and reincarnation. In the opening FMV scene, shot on a Sony Handycan and edited on Adobe Premiere, our nameless protagonist drinks some severely off milk in his coffee. The next thing we know, we are in some kind of void where an image of an early 2000s flip phone spins in a circle. Click on it and a distorted voice mocks you about the contents of your fridge and hints that you are in fact in purgatory. That place between life and death.


Listen carefully to find the words to enter them at the end of the game.

When you head back to the spinning circle, a new image appears - that of a suited man underwater (played by Mick Skolnick himself no less). He will eventually come up for air to give you a clue. Another screen in the circle is that of a man against a concrete wall and two levers. Solve this puzzle and you're taken to the first of two blind mazes with a telephone ringing in the distance. Stumble your way towards it and that distorted man will give instructions as if we were starring in a Saw movie. The closer you get to the phone, the louder it will be so pay attention to the background audio to find your way. If you walk into a wall, or a beehive, you'll definitely know about it.

The game continues in this fashion, with more images appearing in several spinning circles. I read each one as being a slightly tongue-and-cheek metaphor for death. We already have death by drowning, detonation and blindly stumbling into danger, but later puzzles could represent smoking, boredom and simply time. It's no secret that the final puzzle is a combination lock in the shape of a head (Mick again), but what is more subtle is the facial hair growing as you try and solve it. It's a time-lapse video that the brothers entered into an online exhibition called Refresh: The Art of the Screen Saver, though I'm yet to find the actual screen saver file.

This all culminates in a final scene that ties the whole theme together, retaining the off-kilter humour and art installation ethos. As a game, it is severely lacking. It is short, a little unweildy and obviously cheap. As a piece of art, it is eminantly fascinating. Go in with that mind set and I'm sure you'll find those 30 strange minutes were well spent.

To download the game, follow the link below. This custom installer exclusive to The Collection Chamber QRes to run on modern systems. The game must run with an actual desktop resolution of 800x600. Read the ChamberNotes.txt if your current desktop resolution is anything other than  1920x1080. QuickTime for Windows (included) or compatible alternative required to play. Tested on Windows 10.


Bad Milk is © Dreaming Media
Review, Cover Design and Installer created by me 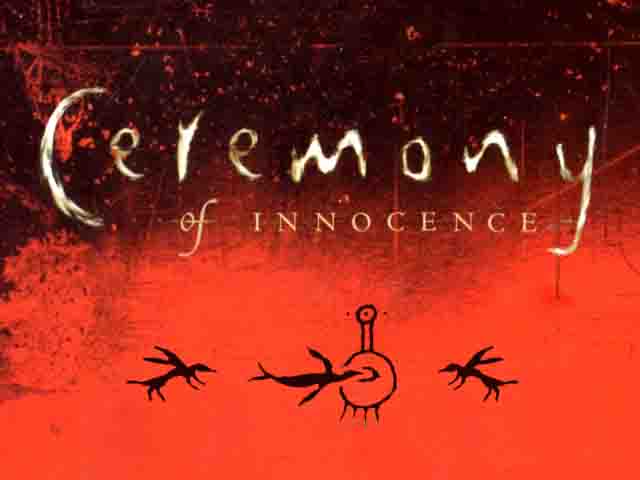 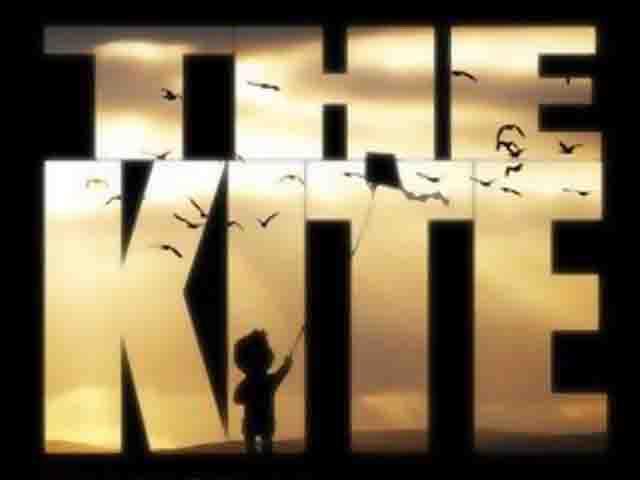 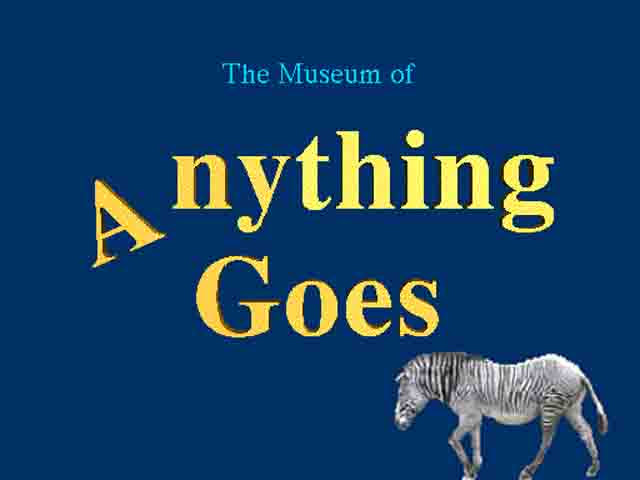