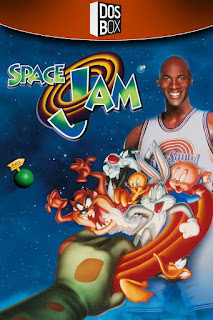 With Michael Jordan’s legacy fresh in peoples mind with the riveting Netflix documentary The Last Dance we thought it was a good time to feature the game tie into his successful movie Space Jam. This Sculptured Software developed sports game from 1996 had a fun and interesting premise to work with, but strangely decided to not concentrate on any part of the film's storyline. Perhaps due to Acclaim's involvement as publisher, the game is, in essence, a toned-down variant on NBA Jam utilising the cast and settings of Warner Bros.' Looney Tunes.

You have two modes to choose from: a one-off game or a five-game tournament series. Whichever you decide you need to choose your squad of three players first. There is a decent roster of characters to choose from including Bugs Bunny, Michael Jordan, Daffy Duck, Foghorn Leghorn, Porky Pig as well as many other Looney Tunes classics. All the characters have slightly different skills levels between speed, shoot and rebounds that differentiate them from each other. This does mean some characters are essential choices if you want to win easily. Alternatively, you can look to forgo all that by playing as the bad guys in a team called Monstar, but I doubt many would be doing that.

Now, not being a basketball aficionado, I didn’t have much to compare the gameplay to. The mechanics seemed to work well, even if it all seemed very basic. There are no special moves or unique characteristics on display here, this a simple basketball game with a colourful Looney Tunes cartoon skin. The only real standout difference is the mini-games between the quarters. These include a fairground shootout with Lola Bunny, Daffy hunting Michael Jordan’s kit and a spaceship race amongst others. These are all short, rudimentary levels that don’t control well and are not particularly fun to play. Luckily, they over quickly enough.

Unfortunately, there is no gamepad support here and you play entirely with the keyboard. This is far from ideal. The default set up has the keys spread too far apart in my opinion, so I suggest your re-configure them how you see fit to make it more comfortable. Of note is a two-player option where a single keyboard is shared between two players but be prepared to be squished shoulder-to-shoulder like it was the mid-90's if you go down this route.

Overall, the game works as a dated, basic basketball game. However, the failure here is not what it is, but it what it could have been. With the whole cast of Looney Tunes and their world to draw inspiration from, the developer could have really ramped up the zany and made this a unique title. It's telling that its inspiration - NBA Jam - if far more anarchic than this game. To make a simple basketball game with a Looney Tunes skin seems like a waste. One that not even the great Michael Jordan can make fly. 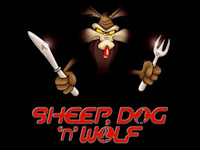 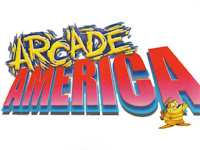 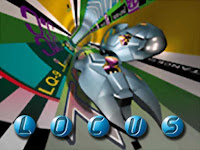