CRUSADER: A CONSPIRACY IN THE KINGDOM OF JERUSALEM (aka CRUSADER: ADVENTURE OUT OF TIME) 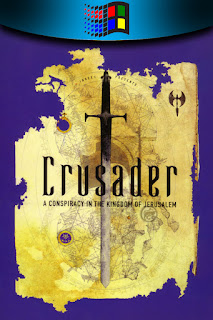 It is the year 1183. In the tense, emotion charged atmosphere of the Kingdom of Jerusalem the relics of the Holy Cross are in danger. King Philippe commands his trusty knight Arthaud to rescue it from the Holy Land and thwart the sinister plot being woven there.

Confronted with the military, economic, political and religious questions of the late 12th century, you are the only one who can make Arthuad's quest a success. His fate is in your hands!

Crusader is an interactive and educational adventure game which immerses you into a medieval world faithfully recreated on your PC.

With the use of crisp audio, 3D rendered graphics and actors performing against virtual backdrops, this vast historical fresco takes you to many places through which the pilgrims have to pass on their way to the Holy Land and where you meet major historical figures of the day.

Discover economic and political powers established around the Mediterranean. Learn military techniques and navigation methods, the state of science at the time and secrets of Romanesque art.

The story unfolds over a one year period as you accompany Knight Arthaud on his quest for the ancient relic. Crusader is a new way of approaching history, bringing to life the rich tapestry of the Crusades - a period that was to influence the development of countries bordering the Mediterranean over the 900 years.

~from the back of the box
Places in history often have some great locations in which to set an adventure game, the Middle Ages in particular. This is Crusader: A Conspiracy in the Kingdom of Jerusalem is set, but we do not focus on the English royalty and their castles that are most often associated with the period. Instead, we are in Jerusalem where the Franks are all of a sudden no longer welcome.
You play as a disgraced French lord named Artaud. To redeem his name, he has travelled to the Holy Land to find the True Cross and safely transport it back to France. Despite a lot of factual content, this plot it entirely fictional. At times, it even enters into the fantastical, so it comes as something of a surprise to find out that Crusader was conceived to be an educational game.
In each chapter, you can explore a number of single-screen locations. You'll listen in on audio conversations, pick up items or launch a puzzle. The subject of these puzzles fit in well with the surroundings, but the screen is very much like a text book. The idea for most of them is to complete a medieval contraption or series of historical events by correctly placing items found on the location screens. It you know what you need and can't find them, don't worry. It's more than likely that they're not there. Instead, you can scour the in-game encyclopaedia. With informed clicks on some hypertexts, you'll find images of what you need, click on them to add to your inventory and you're done.

By hiding some needed puzzle items within the swathes of text, it forces you to read up on the time period, teaching history in an uninteresting way. I would've liked this information to be discovered within the context of the game locations, but at least the puzzles themselves offer up entertaining titbits. In many ways, they remind me of the Dorling Kindersly books that takes cross sections of castles or ships.

Graphically, the game looks quite good for its age. The locations are detailed even if they are a bit too static for my liking. The way the story progresses is disjointed, as if each screen jumps ahead with little cohesion. I also found it quite hard to follow. You are constantly introduced to different characters, some of whom are only there to explain how tunnels were dug back them. Others have a more direct involvement to the plot but there's little in game to distinguish them unless you're prepared to read more than play.

Overall, Crusader is not without its charms. It was popular enough to get a follow up called Vikings and French-only re-release which applied the improvements found in the second game. For me, I came into it thinking it would be an adventure game with educational bits, but the reverse is most definitely true. It skews too close to a history textbook for me to find much enjoyment as a game.


Crusader: A Conspiracy in the Kingdom of Jerusalem is © Index+
Review, Cover Design and Installer created by me 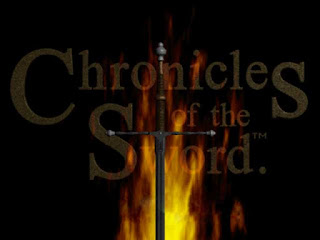 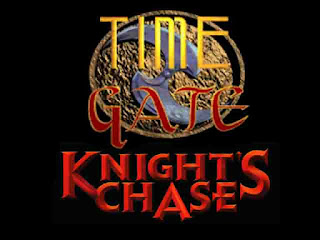 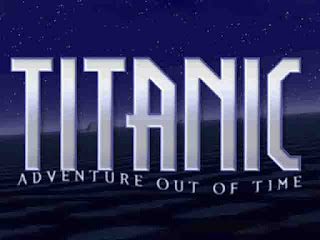