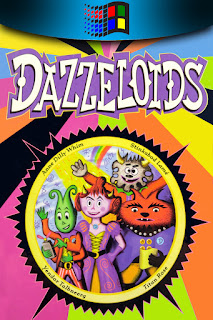 Rodney Greenblat changes things up again by creating a psychotropic animated storybook. Still with The Voyager Company that released his interactive art book called Wonder Window in the same year, this tale of superheroic creatures is a more focused showcase of his style. Don't worry, though, it's still all sorts of crazy.

The Dazzseloids are a ragtag team of boredom busters who fight the forces of mediocrity that are taking over the world. The Mediogre, CEO of Blando Co., and his assistant Pin Bleeper are the cause of this mundanity but the Dazzeloids can bring light and colour to even the greyest of places. There are four of 'em in the group, so let me introduce you to them in the game's own words:


Their distinct personalities are best presented in the Dazzeloid Dreams section where you can peer into their minds and witness their own animated music video while they sleep. Anne Dilly Whim dreams of being heroic and magnanimous while Yendor Talbneerg has suitably electronic and robotic soundtrack. Titan Rose speaks of the love he has for Anne as if he's in a Shakespeare play but by far the strangest is Stinkabod's reflection on the time he was a wee lamb. It includes the very moment he was born in as graphic detail as the visual style would allow. It depicts him sucking on his mother's teets in order to grow larger, but it appears he's not the only creature that likes to do that. I'm sure there's a Freudian explanation as to why a pink rabbit is suckling his mother's milk, but I'm too afraid to find out.

As baffling as these short interludes are, they're not the main focus of the game. Front and centre are two stories dealing with the team's attempts to defeat boredom and stop Blando Co from doing the same evil things all big corporations do (is there an anti-capitalist agenda here?). The first tale, A Child is Bored, has our ever-chirpy gang try to cure a Habitroid boy (the Habitroids are a little green alien-like species that replace normal humans in what I call the DCU - the Dazzeloids CD-ROM Universe) who has been turned into a zombie through watching too much boring TV. Our super-friends try anything and everything to snap him out of it but will it work?

The second story, Banker Spare the Pet Shop, is more personal to Stinkabod. His pet hamster (there are hamsters in this universe?) is sick and he needs to go to the pet shop for some assistance. The bank, owned and run by Blando Co, has foreclosed the premises so how will this crazed sheep who enjoys nude gymnastics and slam dancing with punks save his poor rodent buddy? I guarantee even the most imaginative of you will never guess how.

Throughout each story, the image can be clicked on for some animations or dialogue. Not only that, but a dictionary exists for all of the longer words (and a separate one for the made up ones) which makes up the only real educational content. There are no mini-games or puzzles to break up the reading and watching but there are branching storylines. At one point in each story, you're given a decision where it will splinter off in different directions. The stories are very short so you can easily go back and change the outcome (which is never bad) but I would like to have seen more of this.

The rest of the package makes me think that this was originally once a failed pitch at a TV show akin to Yo Gabba Gabba. The 'Meet the Dazzeloids' section plays just as much like a show's bible as it does a character bio. Even the well-produced musical interludes seem like they were spliced from a different whole. I can imagine that after they were declined, Rodney and co. didn't want the hard work spent world-building and character designing to go to waste so they just transferred it to this CD-ROM instead.

In my mind, it's probably a good thing a show never came about (if it was even considered). It's not that there isn't some inventive quality work going on here, but the way it's presented for a younger audience makes the out-there moments a little offputting. I find it sits a little too uncomfortable with the subversive satire.

The crazy in the game barely toes the line between kid-friendly and inappropriate while the simple storylines and lack of anything to do make it hard for adults to enjoy the majority of it unironically. Beyond a couple of stand-out gasps of 'I can't believe they did that', there's little here you can't get elsewhere. Kids are best to stick to the Disney Animated Storybooks or the plethora of other shows on CBeebies, while adults can get better shocks and satire from media that's actually aimed at them like South Park. That being said, those WTF moments are well worth a witness.


Dazzeloids is © Rodney Alan Greenblat
Review, Cover Design and Installer created by me 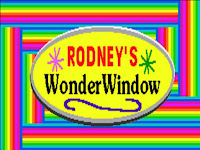 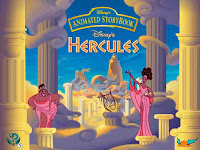 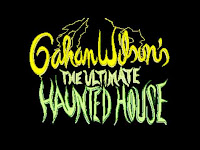