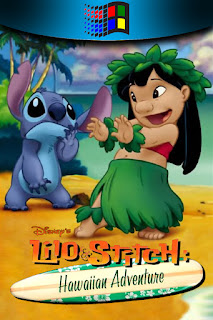 Get ready to tame the wildest alien in the galaxy.

Embark on a crazy, comedy adventure with the most mismatched pair this side of the Intergalactic Armada.

For a while, Disney thought Lilo and Stitch was the next big thing. They believed the naughty alien would be an evergreen character to rival the likes of Mickey Mouse or Donald Duck. History proved otherwise, but it was incredibly popular for a few years after the move hit theatres in 2002. Naturally, a glut of tie-ins spawned from its influence, including an edutainment title for PCs. Release the same year as the movie, Disney's Lilo & Stitch: Hawaiian Adventure plays much like the Activity Centre mini-game collections I've covered in the past, but it's actually quite generous with its content.

We begin on stage at Lilo's Hula dance class where we can learn about its moves and history. From here, we get our first mini-game featuring Stitch. It's a brief hidden object game that's over before it's begun. Our mischievous alien interloper hunts for gizmos that may help him out in the future. Then it's off to the pound which provides out first piece of meaty gameplay. Comparatively speaking that is. Scare cute dogs and rabbits away so Lilo chooses Stitch for adoption. It's one of those management arcade games where you stop encroaching enemies (or in this case, bunnies and puppies) from getting close. Simple fun for the brief moment we spent on it.


Learn about Hulu dancing at Lilo's Pa Hula (left).
Find gadgets that will help in future games at Stitch's wreckage in Area 626 (right).

Then it's time to go home. Guide Lilo through the maze of a town by clicking on arrows when she gets to an intersection. You are chased by Dr. Jumba and Agent Pleakly, the two aliens tasked with retrieving Stitch. They are are badly disguised in a police uniform so they are to be avoided at all cost. The same can be said for the resident pedestrians and oblivious ice-cream munching tourists. Once we're home, Lilo takes her new dog thing to her sister's place of work; a restaurant catering to holiday-makers. Make sure each table has some food and drink before giving them their bill. Don't be too slow as they'll leave without paying.

Now that the tiresome work stuff is done, Stitch is pooped. While sleeping he dreams of creating his own city with his new friend Lilo just so he can destroy it again. He does this by building skyscrapers from a series of modular pieces. Their bases slowly canter to the right across the bottom of the screen while their middles travel left along a conveyor belt. Their tops swing like Tarzan across three ropes at the top. By using the arrow keys to move Stitch, and the Space bar to select a piece, each section will fall slowly onto the base. Pressing Up will allow Stitch to jump onto one of the swinging ropes but if you time it wrong, he will fall off costing valuable time. This is perhaps the hardest of all of the mini-games and can get a little frustrating at times, but it is the one that feels like the most fully fledged game out of all.


A Frog found at Area 626 will help at the Alien Constructomatic (left),
as will the Camera at Lilo's Kauhale. It will tell you an item's rightly place (right).

When he wakes, Lilo takes her new pet swimming with the fishes. And the fishes are hungry for peanut butter and onion sandwiches. Click on a fish matching the one at the top before navigating Lilo in front of it to feed it. After the stressful mini-game that came before it, it's rather jarring to go back to something so simple, but there are four more to go.

With all of the ruckus caused by Stitch, it's caught the attention of Cobra Bubbles. He's on his way to inspect Lilo's welfare under the care of her older sister so, like any good household, a panicked clean-up is in order. In a short, undisclosed time frame, you have to put everything that's out of place in three rooms back where they belong. Each room looks like a bomb hit it, so you'll have to be quick. Playing like another hidden object game, the difficulty lies in knowing where everything is supposed to go. Once you know, there's no variation for replay value so a fun concept gets old fast.

If you've seen the movie, you'll know that it's at about this point where the action kicks in. Stitch and his new friend are taken by the Intergalactic police and imprisoned in a glass bubble beneath a space ship. To free them, a game of Breakout is required. Interestingly, it plays a little differently to what you might expect. Clicking the mouse button will change the paddles colour which will in turn change the ball when it bounces off it. The ball can only destroy bricks of the same colour so it takes some practice and patience to get right. Thankfully, you don't need to clear the screen; just get a ball to the bubble to break the glass and free them.


Change the balls colour to destroy blocks and free Lilo & Stitch (left).
The map will let you re-play any previously completed mini-game (right).

Once free, a chase ensues. Stitch has commandeered a space ship and we are dropped into a shoot-em-up, except there is not shooting. Manoeuvre the ship to avoid incoming obstacles like birds, balloons and ice-cream munching tourists to collect Scrump, Lilo's precious rag doll. It's another simple game that could've been more which continues to the last game in the collection. While riding a surf board, Lilo has to save all of her friends and family from the ocean. This plays exactly the same as the previous game ending on a rather unsatisfying note, but at least there's a lot more here than most of the other Disney mini-game packages.

Hawaiian Adventure is one of the better in the Disney edutainment series. It follows the plot of the movie fairly well with characteristically nice art to boot. The animation may be a little low-budget in places but each character remains on-model. In a nice touch, the three difficulty levels refer to Stitch's tempestuousness that can be mitigated using the water spray or coffee bottle found your cart in the bottom right but even at its most difficult, it remains a fairly easy playthrough. If you're the target demographic in age, mind or spirit than you'll have a nice 30-minutes or so of play. 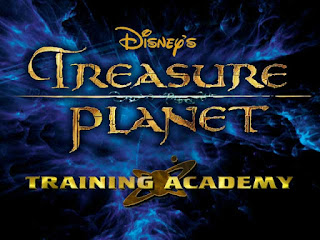 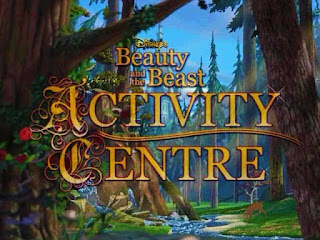 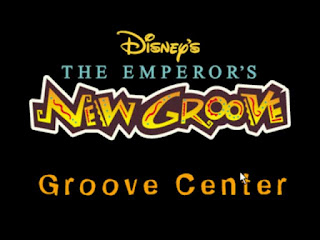