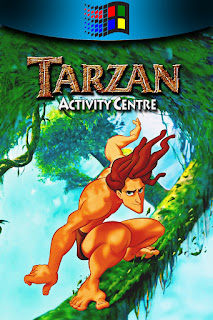 Disney's Tarzan was a spectacular movie, and marked the end of classical storytelling for the company's traditional animation. While the forthcoming Lilo & Stitch would tell an original tale and Treasure Planet revised the swashbuckling novel with heavy sci-fi leanings, there's something special about a classic story told in that inimitable Disney style. As with every new Disney film, come the inevitable tie-ins. The sometimes educational Activity Centres were popular enough with the kids (or perhaps more specifically, their learning-conscious parents) that Tarzan's entry was inevitable. So how does it stack up?

In truth, not so well. There are numerous mini-games and activities to entertain yourself with and a number of them are bearable for grown-ups too. The problem here is presentation. It reverts back to the single-screen selection of the earliest titles in the series, forgetting the cohesive presentation of the Pixar iterations. There isn't as much animation to awe over either. In fact, this fact along with the inclusion of sing-a-long segments I would hazard a guess that this began life as an Animated Storybook before cost and/or time constraints removed them.


Power lunch is perhaps the best game in the collection

Included in the package are four mini-games, three sing-a-longs, a digital art studio and some printable stickers (if those stickers could be printed that it). The first mini-game is called Tarzan's Jungle Tumble. It's a single-screen platformer that plays a lot like that classic arcade game Burger Time. You play as the young jungle-swinger as he tidies up the tree-house by walking over furniture to knock them into some netting. A baby cheetah is prowling around too but a squeeze of a milk-filled baby bottle will stun him for a brief while. It's not a patch on the full-length platformer that came out around the same time, but it's an interesting diversion none the less.

Next up is a block-breaking puzzle game that's somewhere between Arkanoid and Qix. The idea is to feed the animals by feeding them the correct food eg. bananas for the monkey or seeds for the parrot. You do this by controlling the ball's horizontal axis as it bounces around the area, first at the animal, then at the correct food block. Clear the food and you're on to the next round. Again, it's nothing too difficult but it teases the brain cells just enough to be fun. I would say this is the best mini-game in the collection.

Jane is the host of a tedious matching game called Fetch-the-Sketch that seems like a traditional game of Pairs but perhaps due to its ubiquity in these types of games, the designers decided to change it up - and not for the better. You have to match the drawing from the book with one of the pages stolen by a monkey, as expected, but there's no clues as to where it is. To make matters worse, you have a limited number of guesses so success is completely at the whim of a random algorithm. Strangely enough, this is the one mini-game where you get a reward for winning if in fact you actually do. In a way, it's a bit like no-stakes gambling I guess. For every image you find, an educational page will unlock in your photo album which tells you just enough about the sketched animal that's appropriate for little kids.


Translate your own story into your secret language.
Or you could just use the WingDings font, someone has to.

The film's single diegetic music number gets its own segment with an orchestral mini-game. Give random items to members of your gorilla family and they'll rap out a tune in keeping with a beat. You can record and playback your compositions which is nice, but it's best skipped for older kids. Funnily enough, the art studio (here called Jungle Journal) is actually decently expanded upon. Not only do you have the expected paint tools, backgrounds and stickers (both of which can be coloured by you if you so choose) but also a means to create your very own language. These cyphers basically replace letters with a selection of images but I can imagine young siblings passing secret notes around the house away from any scornful adult eyes. Sure, those deciphered notes will be simple words like "poo" or "bum" but how else can a kid write such words without being scolded?

As a whole, Tarzan takes a huge step back from the previous year's A Bug's Life: Active Play. The puzzles are competent enough for the target age group but minimal effort has been given to the presentation. Surprising considering this is the reason I've been keen to check all these games out. As a result, this entry is for the hardened Disney fan or simply those young enough to actually enjoy it. 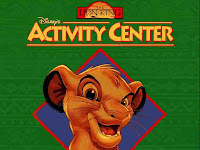 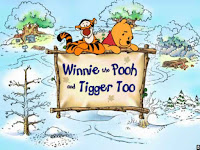 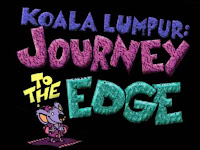