HITCHHIKER'S GUIDE TO THE GALAXY COLLECTION 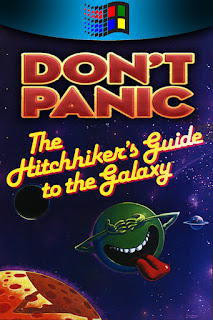 Beyond question the most mind-bogglingly hilarious story Infocom has ever produced is THE HITCHHIKER’S GUIDE TO THE GALAXY, written and designed by Douglas Adams, author of the phenomenally best-selling novel, and Steve Meretzky, the award-winning designer of Infocom’s PLANETFALL and SORCERER.

As the story begins, you are Arthur Dent, and a bulldozer is preparing to level your house even as an alien space fleet is preparing to level your planet. The incorrigible Mr. Adams has written new material and designed problems especialy for this interactive story. So grab a pint of bitter and a couple for the road and join Ford Prefect, Trillian, Zaphod Beeblebrox and Marvin on a cosmic jaunt into the outer reaches where anything can - and does - happen. And don’t forget your towel!

Don’t Panic! These are the words that adorn the front of the Hitchhikers Guide to the Galaxy, but you will need to do more than that to prevail in the classic Infocom text adventure. You will die a lot and if you are like me you will curse the cosmos for darned moon logic, but the ultimate question here is, well, maybe not the ultimate question (we already have the answer to that). The question we should ask, despite its reverence in gaming history - is Hitchhiker's still worth your time?

Infocom originally released the infamous interactive fiction in 1984. It was co-created by famed gamed designer Steve Meretzky and the author of the novel himself; Douglas Adams. You play as Arthur Dent, who is about to have a very bad day made even worse by having me at the helm of his text-based controls. He found himself quite dead quite quickly caused by spending a wee bit too long looking at an approaching bulldozer. Luckily (and painlessly for me) I was able to jump back in quite easily, but that was not to be the last death for Arthur and his alien friend Ford Prefect. Both would find themselves dying or getting stuck quite regularly at my hand.

In my defence, this was the first full text adventure I had played. The closest I've played is the original Space Quest, but that came with basic animations so adventure purists don’t really count it. Here you just have a blue screen, white text and your imagination. Eventually, I got to grips with the right phrases I had to use and wrestled against my dyslexia to progress further in. Alas, I was not able to save the house or earth and had to hitchhike on an alien ship, but in my defence, those were the scripted story beats.

The next part of the game had my howling in frustration as tried to get hold of a babel fish from a vending machine. My first attempt saw the slimy creature shoot out and disappear through a hole in the wall. Next try, I blocked said hole with my dressing grown but did I successfully get it this time? Nope! Instead, the fish shot out of the vending machine, hit the gown and fell to through a drain on the floor.

Next, I figured placing my trusty towel over the drain. Feeling satisfied with myself I used the vending once more, ready to collect my prize. To my dismay, the fish fell from the gown on to the towel only to be hoovered up by a cleaning robot that came out of nowhere. Apparently, this puzzle is infamous in its difficulty and moon logic. Perhaps, I should take another approach, and by that I mean give up and try the fanmade remake. I won't be thanking anyone for all the fish!

In 2010 a team of creatives using Adventure Game Studio going by DN Games created a point-and-click version of the original game complete with graphics and gameplay I'm far more familiar with. Being able to see the environments helped me understand the puzzles a little better as I could see where objects were in the environment and how they interact, although you do lose the grandeur of what your imagination pictured. Being entirely made in someone's bedroom, you can forgive that the graphics aren't even close to what I can imagine but this is nevertheless a faithful recreation. You can tell the small team put a lot of time and love into it. This goes some way to explain why I enjoy the remake more than the original. It’s the little added graphical details that only a graphical point-and-click adventure can do that made this more enjoyable for me. For instance, in the babel fish puzzle where I was stuck before with the cleaning robot, I was able to see that he came out from a vent and I figured out I needed to put something in front of it. I've no idea how I would've got that in text form.

Admittedly I was stuck at the very next moment as a second robot came out from the ceiling, but it still moved the process along overall. At this point it is worth mentioning that this remake comes with an easier mode as the team most likely considered the following mantra; a common mistake that people make when trying to design something completely foolproof is to underestimate the ingenuity of complete fools.

The DN Games team also created another little gaming treat to celebrate Towel Day. For the uninitiated, fans of Douglas Adams carry or wear a towel (which is "about the most massively useful thing an interstellar hitchhiker can have") on the 25th May each year. It began not long after Douglas Adams' death and is a wonderful way to pay tribute to the late author. Also entitled Towel Day, the game is more point-and-click adventuring in the same style as before. It’s short and sweet and very much worth your time. Just make sure you take in all the witty dialogue.

If you still haven’t got your fill of galactic travel, why not test your knowledge of the books in Pinnacle Software’s Hitchhikers Trivia Challenge. Here you’ll need to correctly solve a number of related questions by either guessing from multiple choices or typing in the answer. The aims is to get a top score of 600. Personally, I didn’t even come close with my total score being about 150, so be prepared to dig deep in the old noggin for those H2G2 factoids. I can imagine even Deep Thought would be tested by all the trivia.

There you have it, a veritable treasure trove of all things Hitchhikers Guide to the Galaxy. If that’s doesn’t please you then I say to you… I say to you… "Shee, you guys are so unhip it’s a wonder your bums don’t fall off!"

To download the game, follow the link below. This custom installer exclusive to The Collection Chamber uses WinFrotz and DOSBox to bring the game to modern systems. The fanmade remakes run natively under Windows. Manual, Maps, Hintbook and Digitised Feelies included. Tested on Windows 10. 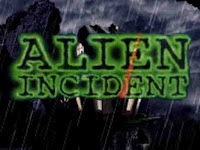 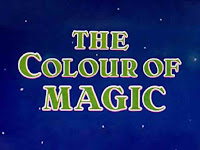 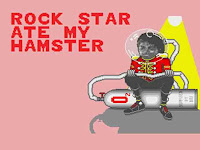