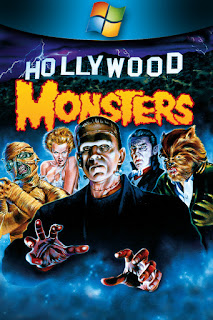 The Mummy, Dracula, the Werewolf... What secrets do they hide?

Frankenstein has disappeared. The most famous Hollywood reporter has the scoop of his life.

The Mummy, Dracula, the Werewolf, the Invisible Man... Up to 50 characters from the best horror movies join you in this fun adventure.

The clues to solve the mystery are hidden all over the world: Los Angeles, Transylvania, Loch Ness, Australia and Egypt.

~ translated from the back of the box
I get massive FOMO when a game doesn't get a release in English, and that goes double for Pendulo Studios' Hollywood Monsters from 1997. It has everything I could want in a game; it has a story about movies and the macabre, it's a cartoon comedy, it's a point-and-click adventure. It is also only available to those who speak Spanish. Thankfully a very good fan translation can be found, converting all text and subtitles into one I can actually understand!
Even though it is fully voice acted, the speech remains in its native tongue. I have found that an official English dub was commissioned and partially completed but only snippets are available on YouTube. What we have here is decent enough, and the professional voice actors speak with enough animated energy it'll make you forget it's not understandable to mono-linguists like myself. You do have to turn on subtitles every time you play, though (press ESC). A minor inconvenience when the game itself is such a joy.

You begin the game as Sue Bergman (who, with the Spanish accent sounds a lot like Superman), a journalist for The Quill newspaper. She is covering the hedonistic after party to a Hollywood awards show where classic monsters like The Mummy, The Wolfman and the misnamed Frankenstein are honoured for their work. They are the A-list celebrities in this world after all. In her struggle to get some juicy gossip, she instead unwittingly stumbles upon a nefarious plot that leads to her disappearance and that of the talk of the town - Frankenstein.

You then get to play as Sue's colleague, Ron Ashman (which sounds like Grown-Ass Man in the Spanish accent). On his mission to find his friend and perhaps love interest, he travels around the world to uncover the truth. It plays very much like a LucasArts game from the era, with no fear of death and a light-hearted sense of humour that may have been a tad dulled in translation. Some lines do come across as dry and perfunctory, especially when some titbits you might understand in the speech appear much more flamboyant.

An obvious example of this is Homer the dancing skeleton. In its original language, he's call Humorous - like the bone. Another is when the Mummy speaks an incantation to open the vault in his Egyptian pyramid. His dialogue just describes what he's doing while the phrase "abracadabra" can easily be heard. Perhaps there was a joke in there that only Spanish speakers would get, but I was left confused by the translation decision. For the most part, however, the text is top notch bordering on professional and I can't be more grateful that it exists at all.

The puzzles are almost all inventory based, but I did find it to be on the more difficult side. Items, such as a skeleton's rib bone or a bouncer's key are timed and the control scheme can't quite keep up with what you want to do. The verbs are listed below the bottom of the screen and are visible when the mouse cursor hovers over it. Your inventory is here too. It can also be brought up by holding the right mouse button and swinging the device left or right to inaccurately select one. For these timed instances, you can hold the Ctrl key and tap the arrows left and right too, leaving your cursor in the exact position you want it to be in. Even so, it's clunky and frustrating - and these are only two that appear in the first few moment.

The developers must have known this could've been an issue as the manual contains a step-by-step guide of the first 5 minutes (a meaty first 5 minutes at that) which I have painstakingly translated too. Beyond this, it's entertainingly familiar in its design.

I have enjoyed a lot of Pendulo Studios' output in the past. The Runaway series are fantastic, as is Hollywood Monster's sequel The Nest Big Thing. I've been longing to play the original for a while now and thanks to the discovery of a fan translation, I can confirm that it doesn't disappoint.

To download the game, follow the link below. This exclusive installer runs natively on Windows. Game text translated into English by ShinjiGR and A.P.$lasH. English translation of Manual by Biffman. Tested on Windows 10.


Hollywood Monsters is © Pendulo Studios
Review, Cover Design and Installer created by me 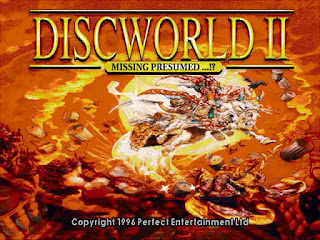 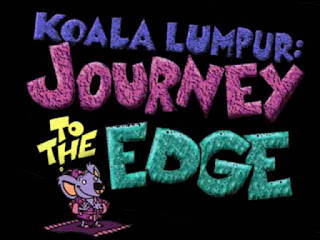 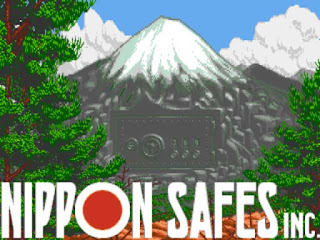