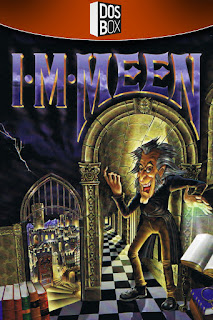 If there's one game that defines the gaming landscape of the 90s, it's Doom. Everyone and their grandma copied the formula, including this educational action game called I.M. Meen. Ignatius Mortimer Meen is the new proprietor of the local library and makes a big thing of it in a loud and obnoxious song and dance number that's sure to get some shushes. He has a nefarious alterior motive: to traps children in a magical book, forcing tests of grammar on them. I always knew doing homework could be dangerous.
Playing as one of the two children featured in the animated intro (by the notorious Animation Magic of CDI Zelda fame), you find yourself trapped in a maze-like dungeon filled with gnomes, goblins and giant spiders to punch. This attack is strangely satisfying considering most other first-person-shooters of this era failed to implement close-range combat successfully. You can get limited use projectiles such as a magic wand or Explode-O-Fruits that act like bombs. They're found floating about the game world but they don't automatically get added to your roster when you walk over them. Instead, you'll have to manually transfer them into your inventory by hand, then into your hand by dragging it there. It's more than a little cumbersome, but I tended to prefer the whack of a punch to the face anyway.
There is an educational point to all this. Scattered around the large mazes are a number of plaques that have badly constructed letters attached to them. Fix the grammatical errors and free the children locked away behind them. Free enough, and you'll get the key to the next stage, if you can find the exit that is.
After a while, I did find the gameplay to get stale. I like a good maze and there are some good ones here, but when the first one is excessively large for an opening stage, with little landmarks to guide your way, it can put necommers off. I know it's a budget education game, but computers could handle much better than this in 1995. This didn't stop aging school computers from installing it to the delight of many slackers in IT class.
In the end, I.M. Meen was only mean to teachers. It tricked them into giving students access to a first-person-shooter and call it learning. The puzzles are simple and brief, so the fun-to-work ratio is a little off but surely, that make it the best kind of educational game despite its flaws. Right?


I. M. Meen is © Simon & Schuster Interactive
Review, Cover Design and Installer created by me 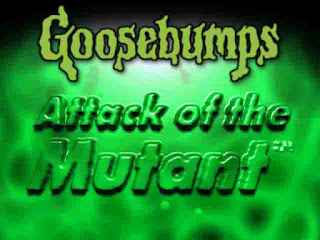 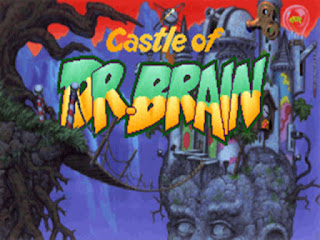 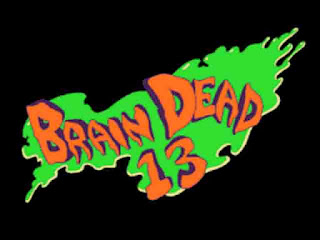