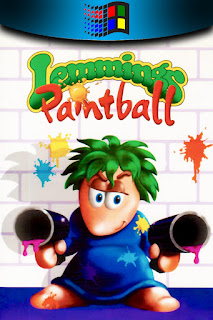 Tool' em up with a pump-action paint gun and before you can sing "who wanna be a painter man?" they'll be spraying the town white with a hint of plum and covering you in a variety of hard-wearing finishes. Gloss? No problem. Eggshell? You got it. Woodchip? What ever you like sir, so long as it doesn't clash with the curtains.

Lemmings Paintball puts you in control of up to four helpless Lemmings. They'll fall from the sky into a cuddly isometric then you've got to do the point and click until they've found the flag(s) that are their passport to the next level. Each level is harder than the last and along the way you'll have to solve no end of tricky puzzles involving levers, gates, sliding blocks, blazing fires, huge balloons and gallons and gallons of paint. Not to mention the enemy Lemmings who have paint guns of their own, a bad case of trigger paw, and an overwhelming urge to cover you more paint the Sistine Chapel ceiling.

~ from the game manual

We've had Lemmings split off into tribes, recount their chronicles and even go 3D, but in 1996 the Lemmings played Paintball. It drastically changes up the formula to look like and isometric strategy game, but in truth it's still a puzzle game through and through.

The original Lemmings had a rather unique formula for its time; assign the rodents tasks to stop as many of them dying as you possibly can as the blindly follow each other into danger. All of the direct sequels, including Tribes, Chronicles and 3D did the same thing but added different tasks and an extra dimension. Lemmings Paintball throws all of that out of the window and arms the green-haired kamikazes with paintball guns.

Your enemy is the red team, a group of lemmings protecting a flag. As the blue team, you have to capture it. It's not always as easy as it seems and puzzles, obstacles and traps fill each landscape - particularly on the later levels. The can get quite large too, but I found most of them to be decently designed.

Much like the previous games, you have four difficulty settings; fun, tricky, taxing and mayhem. Fun begins incredibly easy, teaching you the new gameplay style and all its surprises without a tutorial. The mouse controls complement this nicely, with a left clock telling a lemming to move there while a right click shoots the gun. To collect the flag, simply click on it. The cursor will change into a thumbs-up to tell you that it can be interacted with and a satisfying clunk from the speaker will let you know the game has recognised it. It's useful information to know, especially when you discover other objects to use.


Once collected, balloons are activated by clicking the icon next to the lemming holding it (left).
They will travel directly towards the pole of the same colour before bursting (right).

Later levels are built around these new objects, whether they'd be levers to open up gates, a catapult to fling you across the map or a balloon to fly over it, and they get even more complex when your lemming count is increased. You could possibly control up to four of the little buggers and can be selected by simply clicking on them on the main screen. Alternatively, selecting and de-selecting them on the interface underneath the action is perhaps a more elegant option. You can also activate items collected such as balloons from here too.

Particularly in the more difficult stages, you'll be required to manage these creatures in a group or on their own and they are more than just back-up bodies in case you get hit. You may find you need one to manipulate levers while the other travels through an obstacle course. Other times, they each need to reach their own flag if more than one exists. On 'Mayhem' mode, it can be quite the tense, hazard-filled journey to get each one to their destination.

The main reason for that tension is the red team. Armed with their own splatter gun, they are dotted around the map ready to strike should you get near. It will take one hit to take them down and just the same to do the same to you. They will often come in pairs or groups, only deviating from their set path if you get near. This is how you get them; stay just far away to take them out from a safe distance. Needless to say, this is not a fool-proof tactic and I still died many a time by a surprise shot but every death is a learning curve. It's not as if you don't have unlimited lives to try again.


You'll get an idea of how many lemmings, flags and minutes you'll have before entering each stage (left).
In a neat nod to the original game, the stage begins with a drop from a magic trap door (right).

The red team are not the only ones to "kill" you. Booby traps have been set up all over the place and are often only known about if you unknowingly trigger them. That mouse hole in the wall is home to no mouse, instead a giant green hand will reach out and grab one of your rodents should you get near. See a tiny yellow dot on the ground? Avoid; these are landmines that can devastate a whole troop. Even the floor beneath you can be unstable should you not heed the subtle visual cues ahead of time. Look out for differences in colour or too-good-to-be-true flag placement.

With over 100 single-player levels and a dozen (untested) network maps, there's a lot of game here. On ong play sessions, the variety can wane a little with only 4 tile sets by my count (the green fields, the snowy hills, the coloured toy box and the grey fortress). What the designers at Visual Scientists did with them, though, is remarkably versatile and entertaining. In many ways, Lemmings Paintball feels more like a true successor to the Lemmings franchise than many of its sequels, shaking up the arguably tired formula to a great effect. In short, Lemmings Paintball is a great game. Go play it!

To download the game, follow the link below. This custom installer exclusive to The Collection Chamber uses the DOSBox-X build of DOSBox running Windows '95 to bring the game to modern systems. Manual included. Read the ChamberNotes.txt for more detailed information. Tested on Windows 10.


Lemmings Paintball is © Psygnosis
Review, Cover Design and Installer created by me 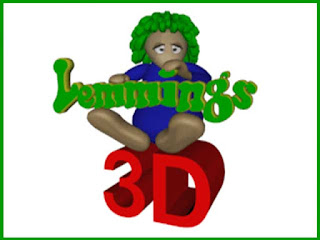 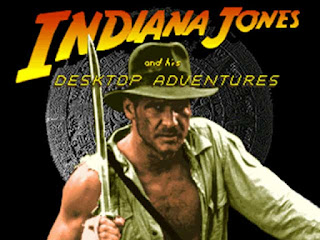 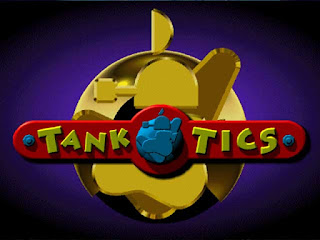