INDIANA JONES AND HIS DESKTOP ADVENTURES 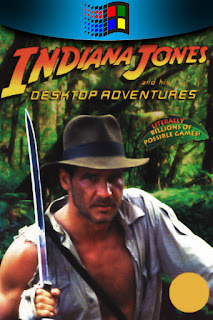 Grab your whip and fedora and join Indy in this first-of-its-kind mini-adventure.
Indiana Jones and his Desktop Adventures offers literally billions of games, set in 1930s Mexico, with motley characters, challenging puzzles and a variety of outcomes. With each game averaging under an hour, there's always time for an Indy adventure break.

~ from the back of the box
For a while in the mid-90s, LucasArts were on a role and during this time, they commissioned a few weird experiments. One of them was Indiana Jones and his Desktop Adventures, a randomly generated quick blast of gameplay to sit alongside Solitaire or Chip's Challenge on your work PC. When I first saw it, I was super excited. It looks like an Indiana Jones version of classic Zelda, complete with weapons to use, items to find and people to talk to.  I believe such a concept would work really well too, except this game is not that. It's a timewaster designed scupper any throught of productivity.
If you think of it as a full game in the same vein as Zelda, it comes across very poorly. The world is randomly generated upon each new game which can often result in wildly varying difficulty. Indy moves is sticcato, jumping from tile to tile with next to no animation at all. His weapons, whether it be his whip, gun or other item, are slow to attack the hyperactive enemies who can hit you at the slightest of touches. They can even take aim on the diagonal which is something you cannot do.

In comparison to the likes of Rodent's Revenge, Desktop Adventures comes off more favourably. Each game takes a bit too long to complete to truly be a five-minute blast, with an hour being quoted for each runthrough. The tilesets themselves are nicely drawn for what they are, being of the same quality as many 16-bit RPGs on the Super Nintendo. The sprites do not get the same love. Enemies have two frames of animation and because they jump from tile to tile, it can be hard to understand their movement. All of this is crammed into a small window next to an ever-present inventory screen presented in the dullest way possible. You can't go fullscreen or even increase the window size which, while in keeping with the desktop theme, only serves to cheapen the whole experience.
Even though the world is entirely random, you will always begin each game in the same place; a base town where you can find your good friend Marcus, your trusty whip or speak to the locals for advice. The aim is to essentially find a randomly chosen item and place it somewhere on the map. Ever the desk-jockey, Marcus will spout exposition from his office and give you an arbitrary artefact to get started. This can then used elsewhere to get another item and so on until you have the right one to place on a plinth in a temple (or other random location). Some items are used to open areas, destroy walls or be bartered with for a trip on a bi-plane. The variety is certainly there, but even after a couple of playthroughs you will begin to see repeating areas pop up more frequently, even if their contents aren't exactly the same. In truth, any differences in those 'billions' of unique playthroughs are mostly negligible.
Indiana Jones' adventures on the desktop are simple by design. There are some good moments to warrant a permanent place on your hard drive, however, the thought of a fully featured Zelda clone with the Indy licence still excites me much more. As it is, I doubt it will replace a good run on SkiFree, Minesweeper or Rodent's Revenge when procrastinating my next assignment.


Indiana Jones and his Desktop Adventures is © LucasArts
Review, Cover Design and Installer created by me 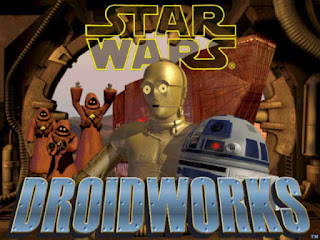 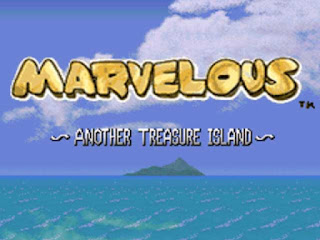 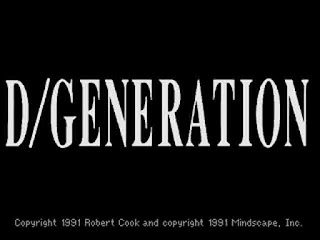