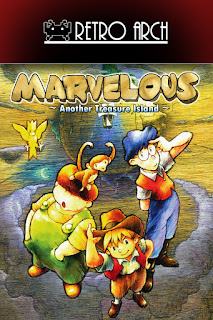 Being the iconic gaming behemoth that they are, Nintendo's in-house creations have always gathered a huge fanbase. That's not what has happened with Marvelous: Another Treasure Island, the Super Famicom game that convinced Shigeru Miyamoto to give the Zelda reigns over to its designer Eiji Aonuma. That's partly due to it never travelling beyond Japan's shores but thanks to a superb fan translation, the west can now witness just how marvellous Marvelous is.

One of my favourite games of all time is The Legend of Zelda: A Link to the Past. The perfectly designed puzzles and progression using a top-down perspective was captivating and the exploration inviting. Marvelous copies this style of gameplay almost verbatim, adding some more traditional adventure elements in a unique way that makes it stand out. In fact, these elements are the main focus with action stripped down to a minimum. After completing the game, you don't miss any of it either.

Navigating the numerous islands are our protagonists; three boys by the name of Dion, Max and Jack. They're on a scouting trip and have teamed up to complete their chores while also being suckered into doing everyone else's too. While collecting firewood for the camp, you stumble upon a plot of magical hidden treasures, time travel and talking monkeys. At first, they just get in the way of wood gathering, but a nefarious pirate gang ultimately kidnaps your scoutmaster and only you and your best friends can save her.


The ten-year-old boys are controlled individually or simultaneously, with each having their own skills and upgrades gathered throughout your adventure. They way they solve puzzles is very much like the Lost Vikings with how you switch between them and their abilities. I also get some Metroidvania vibes too despite not being a platformer. While the action is at a minimum, you do have a life bar for each character (tap the left shoulder button to view them). If you're running low there are several places that hold some healing tomatoes which may or may not re-spawn. You can't increase your life bar, though the game is easy enough in this regard that you wouldn't need to anyway. Be wary though, if any child's health falls to zero, it's game over.

Each boy scout is given their own inventory. While some items are temporary and are only collected for fetch quests, most are permanent adding to the character's skill set. These permanent ones are specific to a single character, so there are often times where a character will refuse to give you something because of something banal like "Jack looks like the clever one". You can equip them to the B button from the inventory screen - much like Zelda - and use them at your leisure. Some, such as the Jump Shoes or Boxing Gloves can be used at any time, while others like the remote control are only for specific situations.


You can inspect some objects up close, allowing you to
use items with them or discover some bizarre revelations.

If an item is to be used on a specific object in the game world, it's done in a rather strange, idiosyncratic way. Any point of interest, be it a character, crystal or clock, you will be taken to a separate adventure screen when you interact with it. You can even select an object from a distance at any time by pressing A to bring up a cursor and scroll around the paused screen - just like a classic point-n-click adventure on the PC. In this adventure screen, you can scan the image for further details with a cursor, initiate some teamwork (more on that later) or use an item.

Here's an example of how it works; Dion has a photograph in his possession that you need to give to a research professor. First interact with the guy by pressing A when next to him (he'll berate you if you shout from a distance), then select 'Item'. Press the right shoulder button to cycle through the boys until you highlight Dion, then tap left or right to scroll through his items until you find the photograph. Finally, press A to confirm your selection and you're done. That may sound a little convoluted, but for a console game of this type, it works rather well. Some of the close-ups have extra detail too, utilising the console's rarely used Hi-Res mode (512 x 448 instead of 256 x 224).


The boys play matchmaker a number times. Here they're coupling up some penguins (left)
and playing Cyrano de Bergerac to a pair of lovelorn gorillas (right).

Let's talk about teamwork. In the context of Marvelous, this is when you need to pull, push or lift a heavy object that requires the strength or cooperation of all three of you. You need to be in specific positions to perform these tasks, though the game teaches this to you nicely early on. The only team function I had trouble with initially was when you need them to climb on top of each other. You see, Max, the strongest, is the only one that can carry the weight of the other two so he needs to be at the bottom. As such, he should be the leader when you initiate the exercise. I don't know if I missed something or if it was lost in translation, but considering how good the English script is, it may be the former.

If you do get particularly stumped, there's a pretty cool hint system implemented in the game. When you blow your whistle to round up the team Pikmin style, it will also call a yellow bird called Pilac to briefly check in on you. If you click on him using the curser, he will offer up a hint at the cost of one Luck Rock.

Luck Rocks are the game's currency,  but also act as fuel or projectiles in certain situations. How many you have when you complete the game will also affect your score. They can be found scattered around in many places, with the occasion mini-games or gambling opportunities to gain more if you're low. They are necessary to complete the game too. They provide power to the pirate ship that Winky commandeered to get you to other islands as well as other functions so they're very important.


Mini-games give you an opportunity to earn some extra Luck Rocks.
The clock robot (left) and Jim's 'Kick it and BOOM' game are found in Chapter 2.

There are four islands in total, each hiding a crystal - the McGuffin of the game - within them, though you cannot return to them once you leave.  Some islands are more dangerous than others, though you won't see an over-abundance of grunts to dispatch. In fact, you can count the number of bad guys you need to defeat in the first island one hand. The later ones barely cover double digits. You don't even have a valid attack until Dion gets the baseball glove and that's all you have until Max gets his Boxing Gloves on isle three. Jack, being the intellectual that he is, has no weapon. He can fish though. There are a couple of bosses in the game, including one in Chapter 2 that's more of a mini-game, but it takes wits to defeat them rather than brute force. Some would argue that the balance is skewed too far away from combat, but not for an adventure gamer like me. The puzzles are incredibly well designed and fit well within the environment of the game.

Marvelous also has the distinction of also having a couple of games come out for the Broadcast Satelite. Like the BS Zelda games, they were short, weekly affairs that offer a new, truncated experience in the universe. Time Athlete was first broadcast seven months before the full game's October release in January 1996, while Camp Arnold initially aired that November. Neither has been translated, so I didn't play enough to comment on their quality, but I'm still glad that they've been successfully archived. Due to the nature of the addon, so many Satellaview games have been lost to time.


The opening screens for Camp Arnold (left) and Time Athlete (right).
These Satellaview games are sadly untranslated so I've no idea what's going on.

From what I can gather they play similarly to Tetra's Trackers (aka Navi Trackers), a mode exclusive to the Japanese version of The Legend of Zelda: Four Swords Adventures on the GameCube. It was inspired by a traditional Japanese game usually played on school camping trips called Stamp Rally. Teams rush to be the first to fill up their stamp book with stamps hidden around a location. It sounds a bit like Orienteering to me, or at least the kiddified version of it I played during my own school camping trip in the Welsh countryside.

Like the Zelda games that Eiji Aonuma had a hand in, Marvelous is, well, marvellous. You can even see recurring themes in some of them - time travel in Ocarina of Time, team work in Four Swords and more. It triumphantly stands on its own merits and is undoubtedly one of the best games on the Super Nintendo, so it's a shame the Western release was cancelled (damn you N64 hogging the limelight with your 3D polygons and weird controllers). I urge anyone and everyone to play this classic now that it can finally be understood in the English speaking world.

To download the game, follow the link below. This custom installer exclusive to The Collection Chamber uses Retroarch with the SNES9x core to emulate the Super Nintendo on PCs. X-Input (XBox 360 & XBox One) controllers supported. Japanese Manual included. Tested on Windows 10.


Marvelous: Another Treasure Island is © Nintendo
Review, Cover Design and Installer created by me 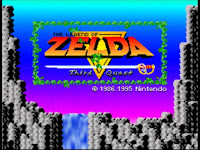 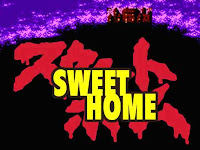 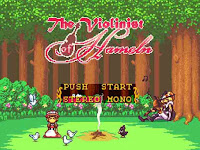