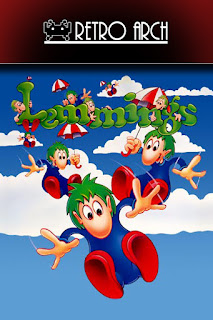 Help guide these clueless green-haired critters on their romp through 120 levels of intellectually challenging gameplay. Building, bashing, digging, floating, mining, climbing, and exploding their way across the screen.

You take the Lemmings through their perilous journey to the exit and onto the next level. Winner of over 120 international awards, Lemmings brings hours of fun for people of all ages and features full sound board support.

~ from the back of the box
The Lemmings are simply iconic, and it baffles me why Sony, the current rights holder, doesn't do anything with them (beyond outsourcing it to be a crappy touch-screen mobile game). The first three games and its spin-offs are classics so let's dive in and see what exactly makes them so.

The first game came out in 1991 for the home computers. I had it on the Atari ST, but even I can admit the Amiga is the better platform to play it on. Even better than DOS. It sees a trail of blue-and-green critters march ever forward waiting for you to give them an action. These are selectable from the bottom of the screen and include your usual manual labouring; digging, building and bashing. You have to navigate them away from looming danger, past fiendish traps and through the door to safety. Not all will make it, but as long as you've gone above the acceptable survival rate, you're good.

It was huge at the time, eventually being ported to almost every gaming platform out there. Even the Atari Lynx got a decent go ahead. For a game designed for mouse input, most of these did an admiral job porting the puzzles over. With their zoomed in screens, the handheld versions fare the worst with the GameBoy port effing up the Building ability. It takes many more of the lemmings to build a bridge in this one. You can't go wrong with any platform really, more so back then than now, but if you're playing on a home computers, the Amiga is the way to go.

An add-on with as much content as a full-on sequel came out later that same year. Oh No! More Lemmings did just that, it brought more Lemmings and upped the difficulty considerably. There's nothing like the frustration of juggling two troops of suicidal rodents only to watch them all fall to their doom. The later ports on the PlayStation and GameBoy Color bundled this with the original. Again, they're not bad ports and with a budget price initially, they were great value, but the Amiga can't help but coming out on top.

The actual sequel, Lemmings 2: The Tribes, increased the number of abilities dramatically while also adding a slew of robust themes. You can now use a flame-thrower, wield a sword or become a Superman (or Superlem to be specific). Not all of these assignments are as obvious as before. It's hard to tell what each one does by its name or icon, but in truth, there are many actions that do the same thing. Stomp unearths the ground beneath you in much the same way as Dig; that rapier will tunnel horizontally much like the Bash command. There's a lot to get to grips with, and the game itself doesn't ease you in lightly. You can 'Practice' each job, but these levels are kinda boring compared to the twelve fantastical themes in the main game (my favourites being the Medieval and Highlands themes).
It's not just the Lemmings that have extra abilities; you do too! You have access to an industrial fan with which you can blow these wandering pixels around the stage. Sure, they have to be wearing the Jetpack, riding the Hang Glider or spinning like a Twister (among others) first, but it's an overall good addition that comes just a hair short of becoming unnecessarily fiddly. It will distract you from rest of the gang at times, like that one child in a family of fifty that wants all of the attention. A good tactic is to create a play pen at the start, keeping a whole load of them at bay. You're now free to concentrate on one solo adventurer before the way has been cleared.

Beyond the presentation, the graphics in-game hasn't seen much of an upgrade. The Lemmings are still the same height, with the same number of initial pixels, animated to the same walk cycle. But with the new abilities, their personalities have increased tenfold. They now have an over-confident brashness to them as the gleefully weild their flame throwers or fly around in a cape, making their cries of "Oh No" when you detonate them even more pitiful. Overall, it's a simplistic yet pretty looking game, but it would be the third entry that would really get all the graphical upgrades.

The All New World of Lemmings (known as Lemmings Chronicles in some territories) is a drastic departure from previous games - and not just in its looks. Released in 1994 it's the first time in the series where the Amiga couldn't compete with the home-computer's Super VGA mode. The PC-CD came complete with an animated CGI intro and redbook audio to provide its excellent soundtrack. The number of tribes have been whittled down from twelve to three - the Classic, Egyptian and Shadow tribes. Each campaign has their own unique graphics, sprites and animations which never fail to amuse. Witness the how the Egyptian tribe walk like its namesake or the Shadow tribe sneakily side-step around the levels. There's no doubt that this is a highly polished product.

Sadly, the gameplay has also been given an overhaul which just doesn't work as well in my opinion. Some actions are always available, including run, jump and block. You can even step out of a block too by giving them another action, saving an unnecessary death just to keep their friends in line. All of the other actions are tied to individual lemmings which are collected in the stage itself. The way it's used has changed too, with the number representing how long as opposed to how many times you can use it. This means a 'Bash' command might not see the other side of the blockade if you don't have enough.

In some of the earlier, less stressful stages, this can be quite entertaining, but later on it becomes a pain. You'll have to master dextrous use of the mouse to succeed - more-so when enemy creatures enter the fray. I struggled to get many of my critters past these hungry beasts, but at least you only need 1 lemming to get to safety to move on to the next level. It's certainly the worst of the trilogy, but by no means a bad game. Just a slightly misguided one.

Beyond these four main titles, Psygnosis sent out a series of yearly-released demos, each containing a number of unique stages fitting for the Christmas season. Most of these are super hard from the start, with Holiday Lemmings '93 (the only commercially released one of the lot) being the most easy going. Once you've completed the others and you still fancy more, these are a pleasingly festive time. And the Lemmings' Santa costumes are on point.

Even at its worst, you can't really go wrong with Lemmings. These originals are the best of the lot and if you haven't tried them yet, you simply must. It's nothing short of a festive treat.

To download the game, follow the link below. This custom installer exclusive to The Collection Chamber uses DOSBox to bring the PC versions to modern systems and FS-UAE with WHDload to emulate the Amiga versions. Retroarch with the Genesis Plus GX, NEStopia, SNES9X, TGB Dual, Mednafen Beetle PSX, and Handy cores to emulate the remaining console and handheld games. X-input controllers supported for most games. Manuals for most games along with some bonus extras included. Read the ChamberNotes.txt for more detailed information. Tested on Windows 10.

Lemmings, Lemmings 2: The Tribes, Lemmings 3: Chronicles & Oh No! More Lemmings is © Psygnosis
Review, Cover Design and Installer created by me 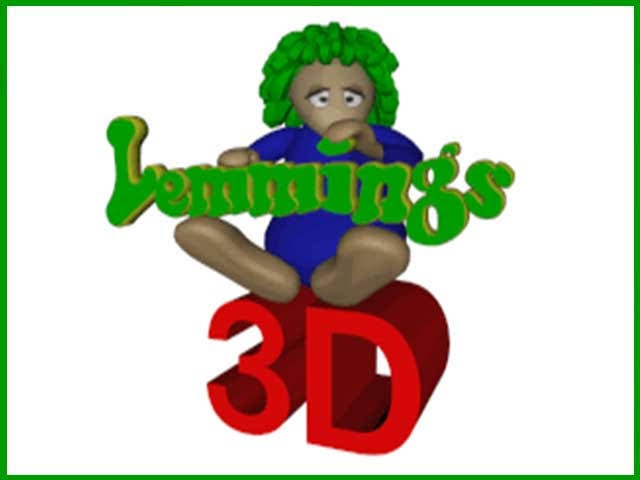 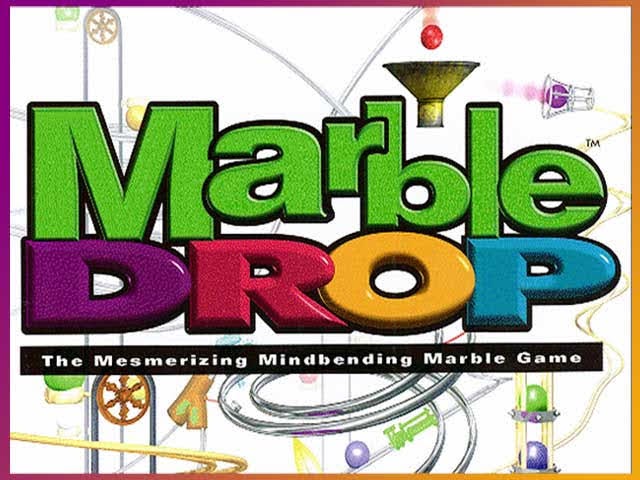 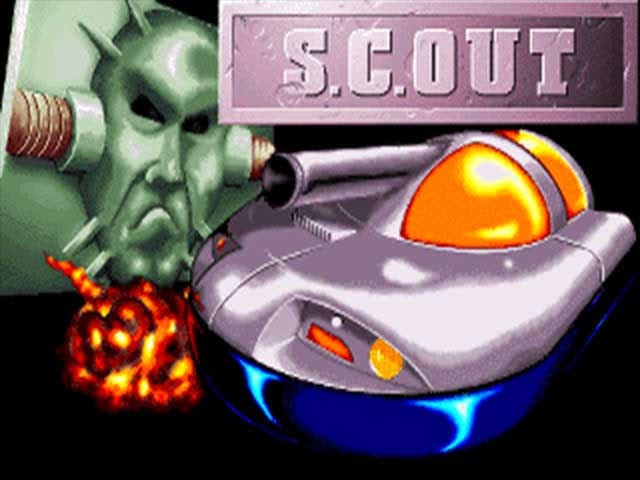