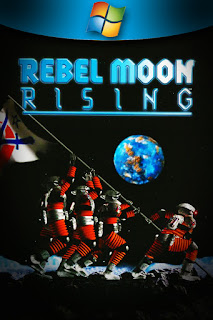 One small step for the moon... one giant shock for mankind!

The Lunar Free State has declared independence from the Earth. For a rebel Lunar Militiaman like you, that means strategic combat against the military might of the United Nations on treacherous moonscapes and space stations.

In 1995 Rebel Moon gave us an entirely average FPS and two years later Fenris Wolf has done the same thing by developing Revel Moon Rising. There are a number of talking points when it was released in the summer of 1997 such as hyping up Intel's MMX technology in much the same way the previous entry did for Creative Labs 3D Cards. The dynamic lighting, smooth frame rate and higher resolutions this new hardware unlocks sets it apart from its peers, as does the voice recognition for online multiplayer matches. Sadly, like most older games that have it, internet play no longer works so I cannot comment on how well the voice recognition works.

Similar to the first game, the single-player game remains just a smidge above average. The engine is 2.5D instead of fully 3D which doesn't bode well for its sales considering Quake II will be out later in the year. You can't look up or down and regardles of where your gun is pointing, bullets will hurl towards enemies found above or below and not just in front. Where Rising does innovate is in the mission objectives. Some stages are quite large and maze-like, so the task of destroying a number of MacGuffins before finding the exit is more annoying than it needs to be but when you have an escort to protect it gets a lot more interesting. You may find yourself holding the baby - a literal alien one - as you escape to safety. Other times you have to ferry prisoners to safety or defend a base from hoarding enemies. Unfortunately, these types of level innovations are not the norm. Most are simply huge, similar looking labyrinths that have you wandering around aimlessly trying to find that missed switch to press, hidden satellite dish to destroy or cyborg prototype to kill.

The overall presentation is a little too barebones for my liking too. There is no cut scenes or fancy intro sequences. The story, objectives and any other important information are dumped into a single screen before each level. Taking place on the moon, the visuals are understandably grey with little colour spread around. When there is something brightly coloured, it pierces the drab monochrome instantly catching your attention. Switches otherwise indistinguishable from the rest of the walls are easier to notice with an illuminated red 'X', and the glowing hues of your plasma gun streaming across the rocky landscape was a rarely-seen visual flourish for the time.

Putting aside the designer's personal beliefs (see the Rebel Moon review), Rebel Moon Rising is average in every regard. Competent, fun but it looks and plays like almost every other wannabe Doom clone out there. It may innovate in certain areas, but it simply could not and cannot compete with the best shooters of the time. Like id's fully 3D all-time classic.

To download the game, follow the link below. This is a custom installer exclusive to The Collection Chamber uses  DxWind to run on modern systems. nGlide 3D Wrapper (included) must be installed. Manual included. Tested on Windows 10.
24.02.2022 - Version 2 - Updated DxWnd to v2.05.81 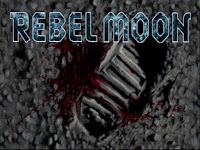 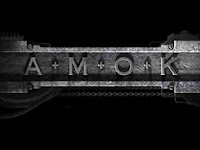 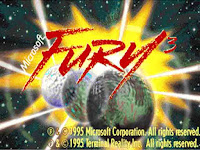