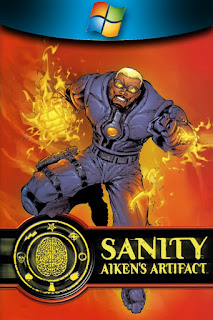 Survival is a state of mind.

In the near future, Psionics are among us. Their evil thoughts pulsate across time and space, disrupting and eventually corrupting even the strongest of minds. One man, Agent Cain, a powerful Psionic working for an elite government acency, stands against them, risking his own sanity to save our.

There are some games that seem primed to be big hits. Whether they're graphically impressive, culturally on point, pushing something new and exciting, or simply having a ubiquitous ad campaign, such games are sure to sell well, right? Released in September of 2000, Sanity: Aiken's Artifact seemed primed for success, but despite being all of these things it was a flop.

For the year in which it was released, Sanity looks remarkably good. It was the first game to utilise the newest version of the LithTech engine, with No One Lives Forever debuting two months later. Despite being the backbone behind only four games, Version 2.0 was the jumping off point to greater things. Later iterations would dump the buggy (and later cancelled) 3.0 in favour of high-end off-shoots and expansions of this versions code using code words instead of numerals to mark the changes. The latest version came about in 2017 where LithTech Firebird was used for Middle Earth: Shadow of War. Sadly, the ubiquity of Unity and the Unreal Engine meant LithTech wasn’t so widely used anymore.

Personally, I feel the engine, at least in the late 90s and early 2000s, allowed for some great graphics on systems with reasonable specs. Sanity played well on my mid-range Windows ’98 machine, or at least the demo of the UK version that removed the ‘Sanity’ from the title did. Its pleasingly chunky polygons and impressive particle effects even holds up today too. The game launcher allows for high native resolutions, but I found the unscaled HUD to be a problem playing on anything other than 640x480, especially when it has such an important role in how the game is played. Thankfully, dgVoodoo can upscale the graphics wonderfully meaning you won’t have to sacrifice graphics for playability.


Solve puzzles by finding specific items such as keys or security cards (left)
or use Talent spells such as Haste or Levitation to get to new areas (right).

So what about how it plays? In some ways it’s a top-down action adventure with puzzles to solve in an almost adventure game or Zelda-like fashion. In other ways it reminds me of action RPGs in the vein of Diablo. What it most reminds me of is Magic: The Gathering. Going by developer interviews at the time, it appears that Monolith wanted to take on the challenge of incorporating a Magic-like deck building game into an action RPG. I don’t think it particularly succeeds in this goal – the magic cards called Talents are used more like magic items or abilities than strategic counter points to enemy combatants – but it does succeed in making it a rather fun game mechanic.

Most, if not all of Cain's actions are controlled by the mouse. Holding the right mouse button moves while clicking the left performs whatever action you have selected. While looking is often context-sensitive with the cursor changing to a magnifying glass to denote this, other actions are activated on the HUD at the bottom of the screen. Basic actions are on the left, equipped Talents in the middle while your health and sanity (this games magic points) are displayed on the right. The exclamation mark is your standard action which includes talking or interacting. Taking out your DNPC (Department of National Psionic Control) badge may put the fear of the law in citizens, persuading them to tell you what you want to know. If that fails unholstering your gun could garner the same effect. Don't shoot unaggressive civilians though, as a special chip in your head will explode. If you've run out of sanity and are unable to use magic attacks, the unlimited ammo of the gun makes for a suitable if weak alternative. You can also give your handler a ring on your flip phone Metal Gear Solid style if you fancy it.


If looks painful when you collect a new Talent spell (left)
but not as painful as the consequences of attacking a civilian (right).

As for the Talents, some are obvious staples for any player of Dungeons & Dragons. Your offensive Fireball is one of the first you'll acquire which will shoot out a ball of flame to wherever you click your mouse pointer. Others become far more interesting. The Eyes of Ra is a visually interesting take on an area attack while Mind's Eye allows you to hear the inner-most thoughts of those around you. It's with non-combative Talents such as this where puzzle solving comes in. Psionic Push is used for a few Sokoban type puzzles, Levitate gives you temporary wings allowing you to cross impassable gaps while Mind's Eye is great for uncovering passwords or other dirty little secrets.

All of this is in service of the plot, which while not wholly original or engaging, does more than enough to pull you in. You play as a disgraced Psionic cop named Agent Cain (played by a still relevant Ice T no less), who went overboard on his last mission causing several civilian casualties. Now that you have an aggression chip implanted, you can take on new missions without the worry of a repeat for if you attack a peaceful NPC, your head will explode and it's game over.


Psionic Push blocks Sokoban style to get to the other side (left).
Some of these graves need knocking over to open the door to the crypt (right).

The objective of each mission is to capture or kill other Psionic magic users who are misusing their abilities. There are 6 large chapters in the single-player mode, each one revolving around a wayward Psionic. Scattered around the stages, or rewarded after a satisfying kill are Talents with which to bulk up your arsenal. There are 80 in total in the main game though more could be added as downloadable content. I’ve scoured the internet and as of yet am unable to source any of these bonus Talents. Apparently some were found on gaming magazine cover discs while three were included on a misshapen mini-CD as a pre-order bonus. I have to see what they are or how they’re used but my guess is that they were exclusively used in the multiplayer mode (if anyone out there has any of them, please hook me up with a copy!).

I’m still in shock about the games absolute failure at retail. It garnered good to great reviews at the time averaging at a respectable 73% on Metacritic. I would’ve liked more creative puzzle-solving solutions to go with the creative variety of Talents available to you and maybe some side-quests or hidden secrets but what we have is still a highly entertaining action RPG with unique mechanics that provide a dozen or so hours of great fun.

To download the PC game, follow the link below. This custom installer exclusive to The Collection Chamber uses dgVoodoo to run on modern systems. Manual, Poster & Comic Book included. Read the ChamberNotes.txt for more detailed information. Tested on Windows 10. 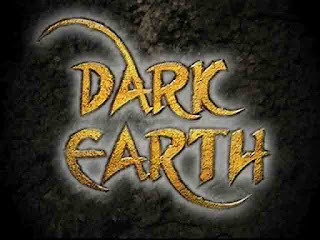 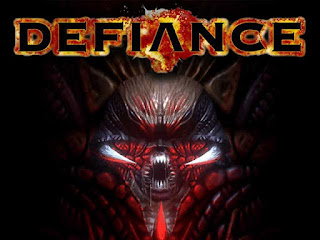 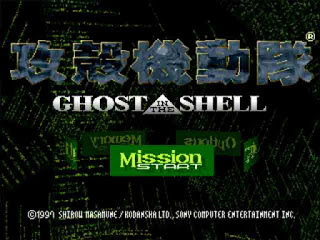