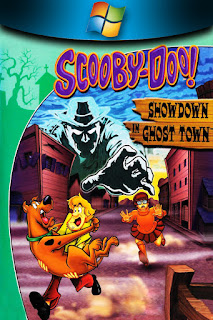 Uncover the mystery of the Faceless Rider!

Join Scooby-Doo and the gan in a new Mystery Adventure full of laughs and high jinks!

Hoping to stop for a nce snack in Los Burritos with Scooby, Shaggy, Fred, Velma and Daphne, you find the town in haunted! A dark-cloaked figure on horseback, green glowing eyes - "Zoinks! It's the Faceless Rider!" Why is this Phantom terrorising Los Burritos? Help Scooby and the gang in avoiding traps and finding clues. Get ready for the wild chases, challenging puzzles and even an outrageous pie-throwing Showdown.

At the turn of the millennium, The Learning Company - a publisher with some surprisingly good low-budget family fare to their name - scoffed up the Scooby-Doo licence for the PC market and ran with it. They released a number of short-but-sweet point-and-click adventures for younger gamers of which Showdown in Ghost Town was their first.

It sees the Scooby gang travel to a wild west ghost town scourged by a spooky phantom on horseback named the Faceless Rider. At the same time, a group of studious archaeologist have used the site as a base for their nearby dig site. Legend has it that some long-lost gold remains hidden in the area, or so say the five characters you come across. Or should I say five suspects? One of them is masquerading as the ghoul as an obvious ruse to grab that gold and it's up to you to figure out who.

Even on the hardest difficulty, the game is incredibly easy. The culprit may change each time you play, but it's obvious from the very first clue who the miscreant is. In my first playthrough, an early clue is that of an eagle feather. Naturally, the guy with a pet eagle permanently perched on his shoulder must our guy.

With an emphasis on inventory puzzles with a couple of mini-games thrown in, there's little here to compare it to something like an Animated Storybook. In fact, beyond a clock puzzle and the need to count scooby-snacks to embolden the quivering Great Dane, there's not much educational content at all. You don't even have to read any dialogue as it's fully voice-acted by the original cast.

Despite its incredible ease, it remains just as enjoyable as the series. The artwork on display is top-notch with some highly detailed backgrounds and an accurate character design that portrays the polished yet iconic character models of the straight-to-dvd movies that began in the late 90s (of which Scooby-Doo and the Alien Invaders is heavily publicised on the original CD).

The story plays out a lot like the original series too, even if they've cut more animation-corners than that of the show leaving it a little unpolished. With about an hour's worth of play for a first playthrough, I'd still say it's worth a go, doubly so if you're a fan of Hanna-Barbera's spooky best.

To download the game, follow the link below. This is a custom installer exclusive to The Collection Chamber uses dgVoodoo to run on modern systems. Manual included. Tested on Windows 10.


Scooby Doo! Showdown in Ghost Town is © The Learning Company
Review, Cover Design and Installer created by me 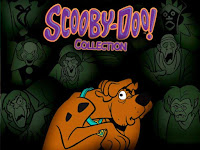 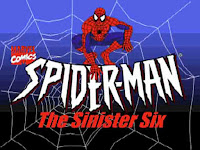 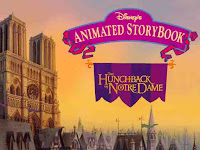