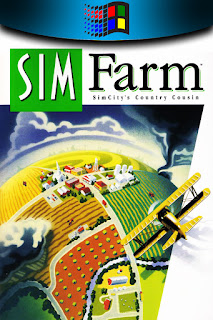 You've got yourself a prime plot of farmland. Do you want a small family farm - or an agricultural profit centre? Do you want to produce food for the local town - or feed the world's hungry masses? It's up to you. Raise livestock, harvest your crops and sell them at market, but look out for pests, droughts, dust storms, plagues and other challenging disasters as you plough the fields and scatter your good seed on the land.

There are a surprising amount of Sim games, but none caught the public's attention like the original SimCity. After an extremely ambitious streak simulating Earth or the entirety of Life, Maxis took a smaller approach in 1993 by focussing on agriculture in SimFarm.

While retaining the complex stats and graphs of the previous games, SimFarm is a little more approachable in the same way it's 'country cousin' was. You can ignore the management aspects of it if you so choose and just build a behemoth of a barnyard or simply choose to tornado a herd of cows.

There is a lot to get to grips within the small amount of time I gave myself to play the game but I do think there's more to like than the previous entries. For starters, the graphics are a little more defined and relatable, as is the cause and effect nature of your actions. Using pesticides to protect crops is a bit more understandable to the average player than talks of a planet's climate, balancing food chains or genetic splicing.

Between the DOS and the Windows 3.1 version, I prefer the former. It utilises more colours even if it doesn't have the resolution. The result is a better presentation than the Windows 3.1 port which feels more like an ancient spreadsheet application than a game. The only plus side is that a digital manual is included in that version which is a must-read if you want to play the game properly - so far I've yet to source a scan of the original paper manual and I suspect only the original DOS release came with one.

So, if you're into management sims, SimFarm is a good one from the genre's early days. I can't say it has more to offer than something like Farmville and I much prefer the lighter approach taken by Harvest Moon or Stardew Valley but it's interesting to see the genes of those in their ancestral forebear.

To download the game, follow the link below. This custom installer exclusive to The Collection Chamber uses DOSBox running Microsoft Windows 3.1 to get the game working on modern systems. Both DOS and Windows 3.1 versions included. Run WinExit or press Ctrl-F9 to exit DOSBox when playing the Windows 3.1 version. Windows 3.1 Digital Manual included. Tested on Windows 10. 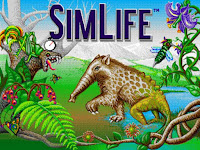 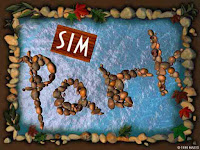 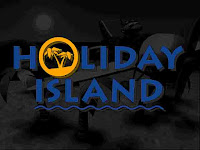