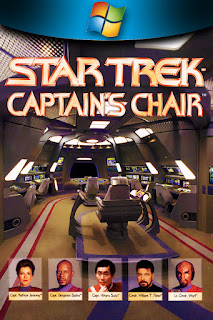 What's it like to be in command of one of the most powerful ships in Starfleet? In Star Trek: Captain's Chair, you get the chance to experience the excitement of Starfleet's most famous ships - and get your hands on the Federation's latest (and earliest) technology.

Using photorealistic QuickTime VR technology, Captain's Chair puts you on the bridge (and behind the panels!) of your favorite Star Trek ship - including the spectacularly recreated Original Series U.S.S. Enterprise NCC-1701.

Set in the 24th Century as a museum archival holosimulation of the Federation's finest ships, Captain's Chair is as close to living in the world of Star Trek as you can get... unless you own a holosuite.

Star Trek: Captain's Chair... the best seat in the universe.

Explore the bridges of

~ from the back of the box
Anyone who's a fan of the Star Trek universe has dreamed to be on the bridge of their favourite starship. Star Trek: Captain's Chair does that. It showcases five ships incluing the newfangled one found in Star Trek: First Contact that hit cinemas the year before this CD's 1997 release. There's even a hidden sixth one to find if you search hard enough. Together, it collates an encyclopedia's worth of information about their design, function and Federation-approved usage that'll leave even casual Trekkies salivating.

There are various points from which you can look at your surroundings which can be navigates like a Myst-style point-and-click adventure or through points on a map. It controls intuitively enough, with a hold and drag of the left mouse button or buttons on the unser interface if you prefer. If there is ever a tidbit of information to be read out on the LCARS interface, it is fully voiced by Majel Barret Roddenberry, wife of the legendary creator Gene. Riker, Sisko, Worf, Janeway and Sulu will also interject at relevant moments too.

It's not only the bridge you can search. Some ships will give access to the Observation Lounge or the Captain's Ready Room. Regardless of where you are, there are several point of interest to investigate. Computers, monitors and replicators are all interactive, though each do little more than tell you more than you might care to know about it.

There isn't really much of a game. Sure, you can search for every FMV sequence, find easter eggs or discover that sixth ship (which I will not spoil), but beyond a simple matching game that's also hidden within, you won't be doing much. Then again, this is an edutainment title and the main draw is a fully realised bridge not limited by the necessities of a studio set. I believe in some cases, this would be the first time many fans would see it in full unbroken 360°. Despite its age, that extra immersion is why this CD-ROM exists, and why it's a must for any hardcore Star Trek fan.

To download the game, follow the link below. This exclusive installer uses the DOSBox X build of DOSBox 0.74 running Windows '95. Tested on Windows 10. 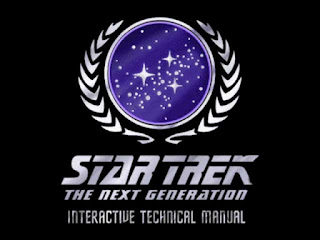 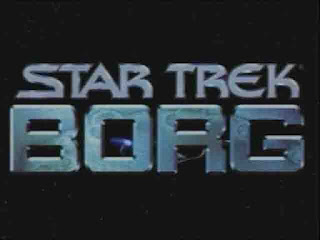 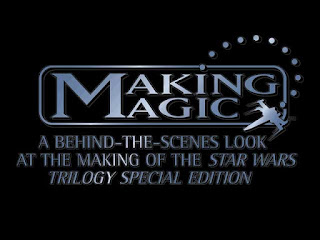