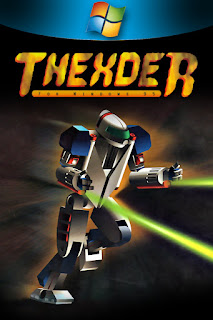 Ten Terrible Enemy Bosses, One Thexder Unit. Sounds About Even.

Thexder is back, all-new and ready for action. And it's a good thing, too. He's got ten ticked off tyrants just waiting to dent his metal.

Completely recreated just for Windows '95, Thexder is the robotic mega-hero who thwarts enemies using skill, strategy and an awesome arsenal of weapons.

Thexder must run, jump, crawl and fly with rapid-fire reflexes as he changes form to battle his way through 50 levels of 10 amazing worlds. Each world us ruled by a despicable "Boss" who commands his twisted troops to defeat the ever-changing Thexder.

~ from the back of the box
The Japanese know how to do a good mech robot. They proved this with slew of anime, toys and manga released over the years and Tokyo-based developers Game Arts did so again with their first ever game; Thexder. But we're not talking about that 1985 game or its many, many ports. Today, I'll be looking at its American-made remake made by Sierra's wholly-owned development team at Synergistic Software.

Sierra's involvement is not surprising. They had published the original game and its direct sequel in the west holding on to the rights in the process. What is a little more unusual is how the game is presented. Windows '95 was new, and many companies were scrambling to capitalise on its revolutionary features. Thexder for Windows '95 took advantage of them by placing each element of the display in its own separate window. You have the main window where the game is played, a separate one for the map that fills in as you go and one each for your weapons, special items and enemy types. You can re-size, re-position or remove them however you please, but generally speaking I found it a little cumbersome.

The game still runs on modern systems, though I did run into some sparodic trouble. During play, it randomly suffered massive slowdown, perhaps a result of the large specs of a modern desktop confusing the ancient program who was expecting far less. I'm not sure if this will be the same for all machines but my usual tricks such as DxWnd do not work here thanks to the multi-window approach. I also fund the modern window design didn't look particularly nice either (I closed all but the main window) and the in-game help feature is no longer compatible. That being said, a virtual Windows '95 machine emulated through PCEm works very well so I've included both just in case.


Reach the portal to clear the stage (left). Defeat a boss and that portal will take you to
another planet along with some new transformations in the early stages (right).

Gameplay wise, the thoughtful platforming still holds up. You have to make it to the portal found somewhere in the area which marks the end of the level. Sometimes you'll have to find a key first, but the most difficult levels leave you scratching your head wondering how to proceed, trapped in an underground section or lost among the similar metallic platforms. Many enemies and traps will also hinder you as you travel through the 50 maze-like levels but you have a decent arsenal to take them out with. Your standard laser gun aims directly at the nearest enemy or destructible block, alternating between them if more than one are on-screen at once. I found little reason to deviate beyond this with the exception of bosses. There are 10 in the entire game, each one guarding an area of the map every 5th stage. Some of them are stupidly easy, presenting you with obvious safe points from which to shower them with projectiles. Others are tough as all hell.

To help, a plethora of consumable power-ups are at your disposal and can be collected randomly in the levels. These range from jet-packs, jump boots, armour and map revealing items but the best ability your mech has is the power to transform. After a certain number of levels, Thexder will gain the ability to transform into a plane. It's quite difficult to control an ever-moving jet through narrow platforms but it's not supposed to play like a side scrolling shoot-'em-up. This jet is mostly used in a stop-start fashion to traverse through narrow passages or reach higher areas and if you can keep yourself from crashing (which thankfully just turns you back to walking mode without harm) it can be quite the thrill. Eventually you can morph into a tank that is described in the Help file as a "crawling form". This tank can leave behind bombs and bash through breakable blocks with ease. It is slow and rather defenceless though, so remember to return back to walking form to attack.


You get the power of flight after you defeat the first boss (left)
and the power to dig in a tank after the second (right).

The game received poor reviews upon release and I can see why. The graphics were aging even then, even though it retains a certain retro charm today. It's easy to get stuck in the geometry sometimes, particularly during the volcano levels where earth needs to be blasted away and movement is designed around a methodical approach than quick reflexes. Traps, mines and ambushes are easily stumbled upon unless you know the level inside out with alternative dead-ended routes being relied upon to clear the way by shooting through an otherwise impassable hole in the wall. It can be rather frustrating for a twitch gamer or speed runner, but in all honesty I liked this approach.

While not nearly as great as other platformers out at the same time - the big names on consoles are far more enjoyable - Thexder for Windows '95 does have a certain janky charm about it that is ultimately let down by adhering to the Windows '95 environment. It was released to coincide with the launch of that operating system, apparently being the first commercially released game to run on Microsoft's Game SDK before it morphed into the original Direct-X that September. In spite of this, it's a great, unassuming platformer that deserves a little more love than it got.


To download the game running on Windows '95, follow the link below. This custom installer exclusive to The Collection Chamber uses PCem running Windows '95. Press Ctrl-Alt-PgDown to toggle fullscreen. Press Ctrl-End or middle mouse button to release the mouse. Manual included. Read the ChamberNotes.txt for more detailed information. Tested on Windows 10.


Thexder for Windows '95 is © Sierra On-Line
Review, Cover Design and Installer created by me 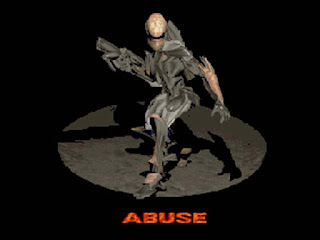 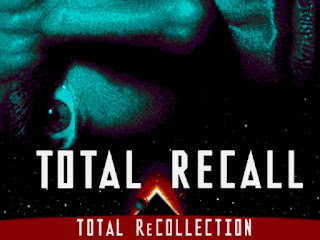 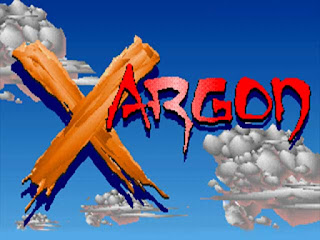