I've finally got to the end of the first season of The X-Files! Sorry if it's a bit late, but I assure you I was not abducted by aliens. The first year definitely ended on a high, leading into a second season premier with almost double the viewing figures. Does it still hold up or has the many imitators diminished its appeal? Read on to find out! Also if you haven't seen this 20 year old cultural phenomenon: SPOILERS... 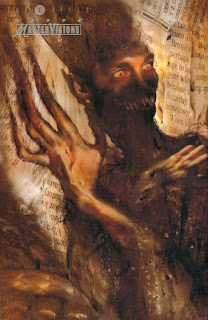 The X-Files first sequel takes the show's most iconic boogeyman and builds on the compelling lore that rivals any of the classic monsters. We already know that Eugene Victor Tooms needs to consume five livers in order to hibernate every thirty years, and we also know that he only needs one more to complete his cycle. Enter Dr. Monty, a psychologist who becomes the main instigator in the mutant's release from a sanitarium. Sure, he's overly trusting in a man that is obviously weird, but in truth it's Mulder's testimony that was perhaps the deciding factor.

Mulder has some weird beliefs, but in the reality of the show they're not unreasonable. The court room scene is the first time we see him act like a complete nutjob and one that made me question his authenticity on my recent viewing. I began to speculate that his theories were that of a lunatic, which would make Tooms an innocent. The show proves it otherwise, but I found if fun coming at the epidose from a different perspective.

The lore of Tooms was not the only mythology that grew this episode. We're first introduced to Assistant Director Walter Skinner, who initially seems to be in league with the Cigarette Smoking Man. We are given a further understanding of Scully's assignment to the X-Files during a meeting to discuss her reports, and we discover her increasing loyalty to Agent Mulder's practices.

It's perhaps best summarised by Mulder's last line; "A change for us is coming. I can feel it.". Little did they know how much it would change in the coming season. 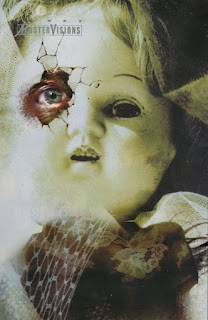 The X-Files has already dealt with many ideas about life after death, from ghosts, spirits and outer body experiences. Born Again was not the first to deal with reincarnation - Lazarus did it seven episodes ago. I had thought this was the better of the two episodes, with a compelling mystery and fun if creepy clues. It centres around a little girl who appears to be the revengeful reincarnation of a brutally murdered dirty cop. What's not to like?

Upon repeat viewing, a couple of things didn't sit right with me. The cop was not just murdered, but mutilated. His arm was ripped off and his eye gouged out. The little girl expresses this by doing the same thing to a number of dolls but I noticed that the prop wasn't particularly up to par. Where the eye was removed, black paint appears to have been added to accentuate the empty socket. Not something a 8-year old girl would do in an uncontrollable outburst.

When the audience is told about the killers before Mulder or Scully has come close to piecing it together, all suspense is diminished. The violent nature of the crime is even at odds with the perpetrators as they're presented. It all seems a bit undercooked, even though I loved it as a kid. 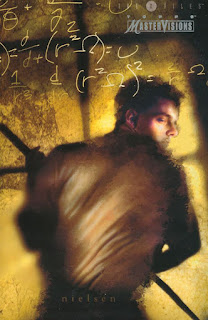 I had the exact opposite experience with Roland - I enjoy it much more now. I found it rather boring back then, but now I find the idea of a man with a learning disability (the titular Roland) gaining super-intelligence rather fascinating. The plot is again similar to Lazarus in that the mindset of a murdered man influences the brain of another. In this case, it was Roland's scientist brother who is put into a cryogenic state after a horrific accident. Whether he is living or dead is never explained, but what is certainly implied is that he is continuing his work using his disabled brother as an avatar.

It looses some of its appeal when it becomes little more than a murder mystery. Other scientists begin to die around Roland, all in a rather unconvincing (though still original) manner. There's a death by turbine (the subject of their work) as well as a head shattering death by liquid nitrogen. Both are implausible yet still highly entertaining. The plot itself is unfortunately not so fun, being a standard revenge story. I would've liked to have gone deeper into Roland's mindset but I guess I would've enjoyed it even less on first viewing. Not a bad episode, but not a particularly memorable one either. 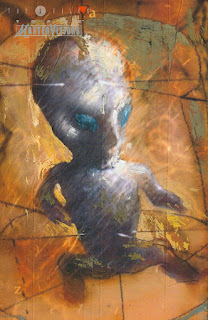 So here we are, the end of season one. And it goes out with a bang. This marks the beginning of what was to come with the show - government conspiracies and alien coverups.

It begins with a car chase, a fight scene and a dive into a river. That's all before the opening titles begin! There's less action during the rest of the show, but its still one hell of a ride. The man being chased is the result of gene therapy experimentation with alien DNA. He bleeds green blood that's toxic to normal humans, is impervious to tasers and seemingly feels no pain.

But he's not the main focus of the show, simply a human McGuffin to push the plot forward. He's the catalyst for Mulder and Scully to investigate the work of one particularly tetchy scientist. According to the elusive Deep Throat, Mulder has never been closer to the truth. If the storage room filled with human bodies in tanks isn't proof enough then the DNA that taken from a lab is more than enough proof that there is extra-terrestrial life. As always, it's stolen, destroyed or covered up by that snazzily dressed government organisation often referred to as the Men in Black. It all culminates in one shocking climax - the death of Deep Throat, the near-death of Mulder and the closing of The X-Files.

If it were to have only lasted one season, this would've been a satisfying if realistically downbeat end to a show. Thankfully, there's enough of a gripping cliffhanger to bring to a second season. That's a tricky thing to accomplish and one that so few short-lived cult shows manage. It's hard to believe now that a second season wasn't so certain when this was written, but I'm forever grateful that more were commissioned.

After it completely absorbing my teenage years, I've not returned to them for many years. My overly critical eye when re-watching them has not diminished any fond memories. While there are the odd few bumps, there's not a simple duff episode, which is quite remarkable for any show. That impressive hit/miss ratio stands to this day. Bring on season 2!