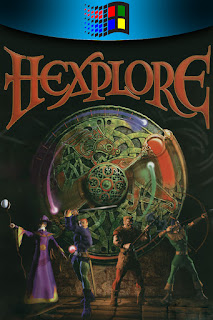 Hexplore is a fun isometric RPG by the upstart French developers Heliovisions Productions (later known as Doki Denki). 1998, the year of its release, was a strong year for computer RPGs with the likes of Baldur's Gate, Final Fantasy VII and Might and Magic VI entering the fold which meant this simplistic gem got overlooked by many.

Almost everything about Hexplore has been stripped down to its basics. The fighting mechanics cannot be considered deep by anyone who has played any of the aforementioned games, the party system is somewhat limited and the graphics display little flair compared to the competition. How is it then, that I was hooked from the very instant I played it? Well, by stripping down all of the extraneous bulk, Heliovisions were able to focus heavily on making the game-play as fun as possible.

You play as a Scottish adventure named MacBride who's off to fight for his country in the Crusades circa 1000AD. On his journey, he stumbles into an evil plot by the nefarious sorcerer Garkham. He's after the book of Hexplore thought be held in the small village of Zarko that you just happen to be passing through. This mysterious tome is thought to hold directions to the Garden of Eden - a mythical land that would have catastrophic consequences for the world if it were discovered by Garkham.

Along the way, you meet a strong warrior, a sharp-shooting archer and a well-versed sorcerer who will each offer to join your party. You can recruit a maximum of three extra party members, but their numbers are limited to one per class. No matter how cool it may be, you cannot recruit three sorcerers for some spellcasting chaos. While the extra bit of customisation may be welcome, you are now free to explore the world knowing you have all that you need. You see there are some areas that are unreachable unless you have the correct class member by your side. For example, to cross a fast-flowing river, your sorcerer can cast a spell that will apparate a magical bridge. Such puzzles add to the exploration of the overworld, but they never seem to really tax your brain cells.

The fighting mechanic is so simple that there might as well not be one. It's one of those games where you hope your stats are large enough to overwhelm your enemies, but the penalty for losing isn't very high. If any member of your party dies in combat, that character will become a ghost. To return to the living, simply walk over a resurrection marker (which are never too far away) and your back! All of your weapons and items will remain with your slain corpse so simply pick them up again and continue on your way.

Another critical point for the reviewers 17 years ago was the graphics. Compared to Final Fantasy VII and Might & Magic VI, they are a travesty, but in hindsight, they stand up far better than either of those games ever could. I tend to find early 3D games from the 90s to be incredibly ugly now. Some developers used the technology in such an artistic way that hid the limitations of the time, but most did not. Being a retro gamer, I can still enjoy a vast number of these titles and respect the effort considering the age, but to any casual gamer, they simply look awful. Hexplore bypasses this by using a simple voxel graphics engine that doesn't look out of place amongst the retro-infused aesthetic of many modern indie games. It has a nice charm that makes exploring the world highly enjoyable.

And that's probably where my love for this game stems from; the exploration. Despite the extreme lack of complexity, difficulty or even graphical prowess, the entire game still manages to retain something even the most highly regarded titles in the genre lack - unadulterated fun. You won't be in awe over the plot twists or spend hours grinding you party members to perfection, but you will have fun.


Hexplore is © Infogrames
Review, Cover Design and Installer created by me 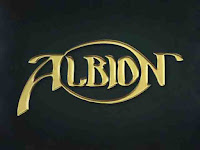 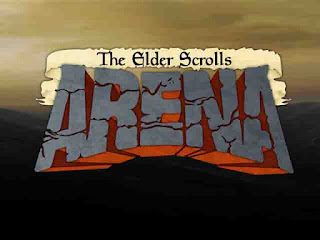