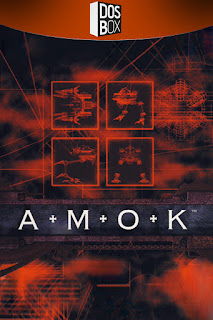 AMOK is one of those action mech shooters that popped up in the mid 90s. Originally released for the SEGA Saturn in 1996, it was swamped by the far superior competition when it was ported to the PC later that year. For such a small, overlooked game AMOK has quite a bit of history behind it...

The development of this mech shooter began life in the early 90s for SEGA's newest addon: the 32X. Lemon, the development team working under Scavenger Inc, would build an impressive 3D landscape for such an underpowered system. Looking at SEGA's tech demo it compares very favourably to the final product. If it wasn't such a bomb at retail, I'm sure great things could've come from the addon.

This would be Lemon's final game before Scavenger went out of business, taking three talented teams with them. Thankfully the creative folks made lemonade out of the situation and formed Reto-Moto which would eventually become io-Interactive of Hitman fame. Others were hired by Shiny Entertainment to have prominent roles in their Matrix game.

The plot is actually quite interesting, even if it is only explained in the manual. In the future, corporations control the world. The two biggest, NONLUN and AZTK have been at war for the past 47 years. This has decimated the landscape and as such, a peace treaty has been agreed upon. However, the tensions are still there so any upset could be catastrophic. Enter a newly formed company named The Bureau who has developed an all-environment battle walker known as Slambird. They have hired Gert Staun (you) to pilot the contraption and stir some shit up. If war begins again, The Bureau is set to make a lot of money and with it power. I'm sure they have some killer benefits too.

From that description, it appears that there may be a lot of intrigue and subterfuge to carry out the plan. WRONG. For the most part, you just indiscriminately blow shit up. Even sharks and other wildlife suffer from your gun-happy nature. Later levels do try to change things up a bit by including rescue missions and the like, but they all ultimately come down to blowing more shit up.

Thankfully, the action is not entirely unsatisfying. The game itself may be a fairly basic third-person shooter but the controls are tight and responsive. The enemies do vary quite a bit too, even if the environment may not make much of a difference. Grunts come in all shapes and size on land and sea. Some ride a motorbike or wear scuba gear, while others take control of missile launchers or gun turrets. No matter what they're getup is, they all shoot like they're an enemy from a bullet hell shoot 'em up albeit a rather mild one. It's actually quite satisfying dodging them only to land a well-placed missile that takes them all out.

Outside of the corporate troops, there's some deadly fauna to keep you on your toes. Under the sea, sharks swiftly swim towards you as if they've never eaten in their lives while blowfish (here called  Spiked Guhu fish) have a tendency to explode in your face. On land, the Kamikaze beetles are a bitch. These never-ending mass of insects swarm their hive making it very difficult to take it out. And you have to destroy the hive to stop them spawning. Their annihilation is not necessary to complete a level but they've killed me so many times I'm determined to get my vengeance. If you're the forgiving sort, they're easily distracted if you keep your distance.

The voxel-based graphics engine was quite an achievement in 1996. Much like Scavenger's Scorcher, I would say it's the best you could get at the time without the use of those bloody expensive 3D cards. That's not to say that is has aged particularly well. It suffers from the same issues that Scorcher had. Namely a very dark colour pallet and an almost game-breaking draw distance. Some levels cleverly explain away these flaws by taking place deep under the ocean but there's no doubting it's a huge detriment to the game as a whole.

During the prologue, the manual states that your actions cannot be known by either of the warring corporations. This could've led to some interesting gameplay mechanics that require a more thoughtful approach. Alas, the gameplay is more akin to the unrelenting fast-paced action of Doom than the stealthy Thief games. It's even a far cry from the slower, mission-based mech games such as EarthSiege - a sub-genre it takes a lot of inspiration from. The Slambird mech itself is an interesting vehicle that could've been developed further. It can morph depending on the environment, but this is done off-screen between levels. It's understandable considering the technology of the time, but had it been popular enough to warrant a sequel, I'm sure it would've taken full advantage of this feature.

I had a lot of fun with AMOK. It's by no means a classic, even on the Saturn where this genre has little competition. Yet had it stuck to the system it was originally intended for, we might've seen an alternate history where the 32X had a little more prominence than it did. It's definitely worth a play.

One thing I must mention if you play this version. It might look a little weird when you launch it. To fix it, change the graphics option from the main menu to 640x480x32768 - the highest resolution. It will now play almost as intended. Unfortunately, there's no way to automate it so you have to do it every time.

To download the game, follow the link below. This custom installer exclusive to The Collection Chamber uses DOSBox to bring the game to modern systems. Manual included. Change the resolution from the Options menu to get the best performance. Tested on Windows 10.


AMOK is © Scavenger, Inc
Review, Cover Design and Installer created by me 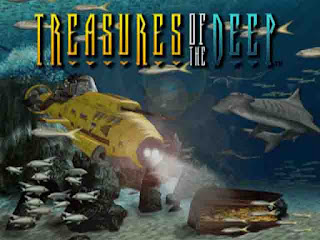 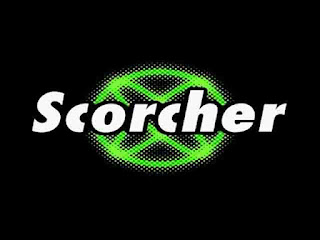