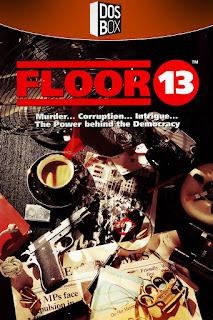 In case you haven't seen the news at all recently, my home country of Great Britain no longer appears to be great anymore (I could go on, but for your sake, I won't). I can imagine the higher ups have controlled the whole EU situation in a similar way to what happens in Floor 13, a strategy simulation game that sees you underhandedly manipulate the British public for the sake of the Prime Minister.

In many ways, the UK's political landscape of 1992 was perhaps a less cataclysmic mirror of what we're seeing now. Margaret Thatcher who had forced many industries to close had just resigned with John Major taking over. The working classes were suffering and trust in our government was waning, yet somehow right-wing politics was coming out on top. Polls suggested the lefty Labour party would win the general election of 1992 yet the Tories clinched it.

Virgin Interactive, the game publisher owned by famed British mogul Richard Branson, took advantage of the political turmoil and released Floor 13 by PSI Software Designs. It begins with the discovery that Richard Branson himself has died trying to "fly" from the 13th floor of a government building. He was officially the Director of Fishing and Agriculture, but his true job is much more sinister... And now it's yours!

The game pokes mild fun at our government but the satire is not in the same league as TV shows like Yes, Prime Minister or Spitting Image. You may raise a smirk when trying to save a kidnapped Prince Harry, or defame the opposition with a well-timed sex scandal but the gameplay itself is deadly serious. The opening scrawl says it all:

In a domestic society like our own how does an elected government keep its popularity? How are scandals averted, subversive elements controlled, undesirables eliminated and incidents covered up? Just how does the government keep in power? The government cannot be seen to be supressing the opposition, invading privacy and spying on its own nationals.

Murder, Torture, Corruption. The Power Behind The Democracy


It may seem like tin-foil wearing conspiracy theories, but one thing that this past week has proven is that it's at least partly true.

On your first day on the job, you are 2 points ahead in the polls; too close for comfort. A report has been placed on your desk that needs urgent attention. To aid you in your nefarious ways, you have access to eight different departments ranging from surveillance, dis-information to flat out removal (aka assassination).  They're all accessed through a simple menu system and you have no direct control over how each department executed their task. All you will see is a report on your desk the next day.

This text-heavy game-play is a little dull at first, which is not helped by the monochrome images. I guess they were attempting something of a Noir style but in truth, it doesn't really add anything. Each assignment is random so each playthrough can be completely different, but it also means it's hard to grasp how each action affects the outcome. For example, some clues can only be gained by ransacking the location rather than a discrete search. It's as if that smashed lamp and destroyed furniture will make all the difference.

In my playthrough, I felt I had little control over the outcome. Perhaps with more playtime, I'd be able to pick up on the nuances but in the end, I kept failing. If you fail hard enough, a bomb underneath your desk will go off with the Prime Minister quipping lines befitting of any low-rent 80s action movie ("I hope you've been taking flying lessons!"). In today's politics, a resignation seems to be the defacto alternative.

After a truly stupendous couple of weeks in British politics, I thought a couple of satirical games would distract me a little. Unfortunately, this was not the game to do it. The humour is too subtle and barely noticeable while the actions seem all too plausible in our current climate. The game-play is a list of options with little agency. Even the randomised events go against any possibility for a gripping storyline. It's the same type of game as Rock Star Ate My Hamster, which may entertain some, but I found it just a little bit too dull for my liking.


To download the game, follow the link below. This custom installer exclusive to The Collection Chamber uses DOSBox to bring the game to modern systems. Manuals included. Tested on Windows 10.


Floor 13 is © Virgin Games
Review, Cover Design and Installer created by me 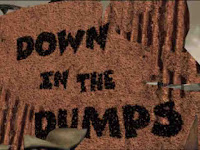