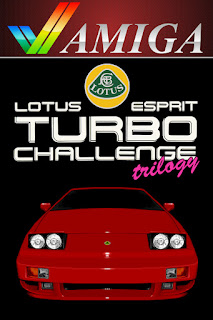 In the age before polygons were able to give us fully realised environments, I wasn't too keen on the racing genre. Back then, I felt the limitations of 2D weren't able to adequately recreate the sensation of driving a car, at least not in games that positioned the camera behind the vehicle instead of a top-down viewpoint. The one exception (at least in my collection) was Lotus Esprit Turbo Challenge.

Way back in 1990, the original Lotus quickly became one of my favourites for my humble Atari ST. It would be my go-to game when showing off the system to my NES-owning friends. It was undoubtedly the best-looking racing game of its type on any home system at the time, complete with an awesome soundtrack. Make sure you stick around for the rolling demo and you'll see what I mean. It was blisteringly fast and, with its 20-car races, still managed to have a consistent frame rate, even when a lot of stuff is happening on-screen. It was simply stunning.

The gameplay is no slouch either. You race around a variety of different tracks, avoiding hazards, obstacles and fellow racers to get to the finishing line within the top 10. I remember the controls were a bit wonky to get used to, probably due to my cheap joystick, but I had no problem getting into it over two decades later. There are two methods of control. The default has you accelerating by pressing up on the joystick with the fire button in conjunction with up and downshifts gears. For a control that's more in line with modern racers, there is the option to have the fire button accelerate instead. It's perfectly suited to the Xbox 360 or PS3 controllers that are fully compatible with the Amiga emulator. You can also choose to have an automatic gearbox so you can focus on the racing and not the gear changes.

Gear changes and competition are not the only things you'll need to keep an eye on. Towards the right of the screen, you'll find a bar that's slowly depleting. This represents your fuel. The first few races lull you into a sense of security that you may not need to bother with it, but a few courses and laps later an annoying beep will indicate you're running low. To refill, stop by the pit stop. It's usually located on the right side of the road just after a checkpoint or lap. It's not hard to miss as a mass-load of road signs that signal it's near. Come to a stop in the layby and the screen will change to a nice graphic of a couple of mechanics working on your car. You have no idea how well the race is going while here, so you have to balance your need for fuel with your need to win.


The first and third game allows you to choose a music track from a CD deck modelled after the actual car.
You can't have music and sound effects at the same time though, so track 0 is the best option.

A new Lotus game was released each following year. The second game featured the Lotus Elan so it was understandable why the 'Esprit' was taken out of the title. While the controls remain relatively the same, the game-play has changed drastically. The first thing you'll notice is that there's no difficulty option, meaning that there's only one tournament. You'll later find out that there's only a meagre 8 tracks in total. It's disappointing, but maybe they've put their focus on track design. They are improved, being long and interesting courses with multiple checkpoints, but you don't really race on them. Instead, the game uses a time trial method similar to games like OutRun. You have to reach each checkpoint within a certain amount of time to continue racing. Fail just once, and it's back to the beginning (unless you jotted down the level codes).  Disappointment is an understatement. I much prefer my racing games to have actual racing.

The graphics are of the same high quality, now featuring a full-screen image during single player. The physics are noticeably different though. When you hit an opponent or obstacle, you do slow down a bit, but not as much as in the first game. Instead, you'll bounce around the screen like a pinball, especially in the narrow tracks with lots of hazards. Perhaps the lime-limit design choice was the root of this decision. It doesn't break the game, nor does it make it any less fun to control, but it does change tactics somewhat. You can be more forceful with your overtaking, knowing you won't be heavily punished. I would prefer other cars to be something more than an obstacle, but that's probably just me.

The only time you face a real opponent in this sequel is when a real opponent joins in. Split-screen multiplayer is available in all three games, but here the gameplay is slightly different from the single-player game. The time limit remains, but you'll also have to race against player 2. There will be bars on the left-hand side that represent how close you are to each other which makes for a more traditional race. Nevertheless, the multi-player in either other game are more satisfying.

If there's one addition I'd applaud, it's the inclusion of a hidden mini-game - something that Lotus III would also adopt. Enter DUX as the stage name and you'll be taken to a Space Invaders clone with Atari 2600 style graphics. The hidden game in Lotus III is also inspired by the single-screen arcade shooter but is much better. Neither can be called anything other than a distraction, but they are a welcome one. Despite this, I still find the second Lotus game to be a step backwards. It's the black sheep of the trilogy and will be the game I'll revisit the least.

We'd only have to wait another year for the third game, and boy did it not disappoint. The time trials (or Arcade Mode as it is known) are back, but so is the actual racing. Each option has three different tournaments giving us a whopping 64 tracks in total. The track design has been improved even further too, with some interesting and varied hazards added in. High winds can now blow you off course, while a muddy or desert road changes the handling of your car. There's even a futuristic racing course with a plethora of inventive objects that can either help or hinder.

For the first time in the series, you can also choose the car you want to race as. The classic red Esprit is back along with the bright yellow Elan, but a green concept car known as the M200 makes its debut. Their stats are different, with acceleration and top speed varying between the three, but I found they still handled the same. The pit stop also makes a return, but only in the racing stages. The screen doesn't change this time either, allowing you to see how many cars overtake you as you fill up and gauge when you should leave.


The RECS level editor in Lotus III. Check out my own custom track! Can you beat my score?

If none of the official tracks takes your fancy, there's always the track editor (called RECS). You don't design the roads or place the hazards directly, but instead choose the frequency of each option. Using my own track shown above as an example, the numbers will tell me that the long road blighted with heavy winds will have an average number of sharp turns on a particularly hilly environment, complete with a large amount of scenery that won't be too hazardous to your race. I understand the limitations of the time couldn't handle a more direct editor, but even so, I still spent far too many hours checking out different designs.

While all three games are fun in their own way (I still have a soft spot for the first), Lotus III: The Ultimate Challenge is by far the best. It has the most tracks, the most options and the most variety. Despite its age, it's an incredibly fun experience that all racing fans should play.

To download the game, follow the link below. This custom installer exclusive to The Collection Chamber uses FS-UAE to emulate the Amiga on modern PCs. Manuals included. Tested on Windows 10. 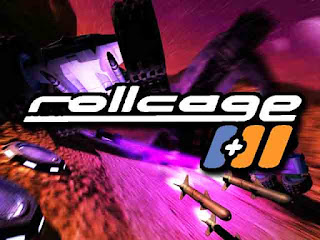 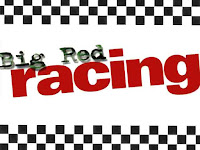