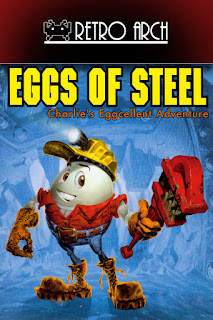 Having now consumed so many Easter eggs this past weekend I'm pretty sure I'm contributing to the world-wide chocolate shortage, I thought I'd take a break from eating them to go play as one. So I popped in Eggs of Steel: Charlie's Eggcellent Adventure, an obscure PlayStation platformer released in 1998 by those folks at Atlus. It may be the chocolate-addled brain talking, but what followed is one trippy nightmare filled with yolk-coloured gore and a threatening industrial landscape that's as foreboding as anything conceived by Fritz Lang.

You play as Charlie, a clumsy spheroid who has somehow found work as a night watchmen in the MomSteel steelworks factory. He sets the whole place into meltdown after a mishap with an errant paper plane, some doughnuts and an overly large bucket of coffee fries the control deck. In videogame logic, this means the maze of metal walkways and industrial fans that make up the factory floor is now overrun by evil robots and a megalomaniacal cyborg shell.

As slight and inconceivable as the story may seem, it's at least presented really well. Peppered throughout the adventure are some nicely done CGI cutscenes with a quality that not out of place next to Final Fantasy's story beats. They often play seamlessly with the game itself too. The many single-screen backgrounds that make up each level are all pre-rendered just like Final Fantasy or Resident Evil and each is filled with movement. Charlie himself, and anything he can interact with, are pre-rendered sprites which can look blocky when upscaled to a hi-def monitor or TV screen. There are plugins that come with the emulator that can help with this - I'm not a fan of 'em, but to each their own.

Other than the big, round chicken ovums that make up the main cast, there's one other major difference to the other aforementioned games that use the pre-rendered graphical style. Eggs of Steel is a 3D puzzle-platformer! There's no other game I can think of that both looks and plays like it. The closest I can think of gameplay wise are the Bug! games on the Sega Saturn, but those use 3D polygons for its levels instead of static screens. Like Bug!, when navigating Charlie, it's best to think of the layout in terms of 90 degrees. He can move diagonally, but it becomes difficult to guage his exact position on the platform. All levels are built around a grid so it's best not to over complicate things.

Charlies has a number of moves to aid him. He can crouch, which is good for dodging the occasional projectile, jump, attack with his wrench or throw screws as a weapon. The aim is to punch the time clocks by giving it a whack with the wrench and avoid being scrambled in some of the most gruesome ways an anthropomorphised egg can. You can collect coins for points, buckets of screws and doughnuts for health, but any difficulty spikes you'll encounter will be when the game changes things up a bit and deal out instadeaths. Whether it's dodging falling bricks which descend at such a speed that you cannot dodge them with reflexes alone or jumping through giants spinning doughnuts as if it were one of Homer Simpsons fever dreams, these along with the bosses will make up the bulk of any challenge. As fun as the main levels are, they are mostly a breeze to get through.

In a rather futile attempt to up the difficulty, there is a rather interesting, though almost pointless mechanic regarding heat. Not only do you have a health bar to pay attention to, but unless you regularly cool yourself with the fans, your body temperature will rising boiling you like a... well, a boiled egg. Throughout most of the game, fans are literally everywhere, and when they're not you'll have to step into actual flames for it to be an issue. He'll even get a heat resistant titanium mech suit for a brief moment too.

Published by Enix in Japan and Atlus for the US, Eggs of Steel never made it to European shores. It almost never made it in America either. It was one of those Blockbuster exclusives for a time that will most often guarantee rarity (as if an Atlus release doesn't do that on its own anyway). Despite a second print that released nationwide, it's still rather hard to find but for some reason isn't as sought after as other Atlus games such as the Persona series. (I say 'some reason' but we all know it's because of a human-egg hybrid dressed like one of the Village People).

Nevertheless, it's still crazy enough to be very enjoyable. Despite the occasional issue with depth perception, Charlie controls pretty well in his environment and the many ways in which he can die are always entertaining. The production value is very high for something this bizarre that give it it's own unique sense of identity, and a welcome one at that.


To download the game, follow the link below. This custom installer exclusive to The Collection Chamber uses Retroarch with the Mednafen PSX cores to emulate the PlayStaion games on modern PCs. XBox 360 controllers supported. Tested on Windows 10. 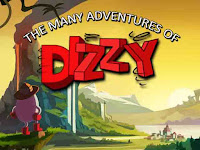 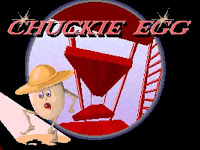 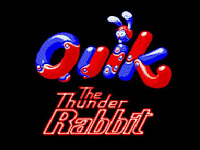