GOOSEBUMPS: ATTACK OF THE MUTANTS 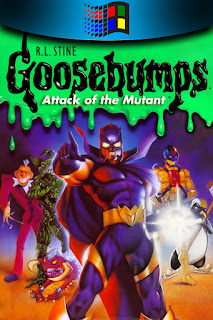 For a series known for its kid-friendly horror, there was always one Goosebumps tale that always stood out. Attack of the Mutants, the 25th books of the long-running series doesn't feature ghouls or ghosts but superheroes and villains so it's probably no surprise that DreamWorks Interactive based their second Goosebumps game on this tale.

Given the more action-orientated story, DreamWorks eschewed the winning point-n-click formula of Escape from Horrorland and adopted that of a first-person aesthetic. While not true 3D, the high resolution and inventive art design keep the high production values the first game was known for, however, the change in gameplay also means it is incredibly dated. The CGI cutscenes look hilariously awkward with an attempt at a cartoony style years before cell-shading was a thing. The final result may have vaguely impressed the young target audience of 1997, but it now looks like one of those super cheap animated movies various YouTubers take the piss out of.If you can get past that, they do have a high energy to them and coupled with a professional voice cast that includes James Belushi and Adam West, they're not devoid of entertainment. Neither is the game itself, but you'll be forgiven for thinking so.

This is a First-Person-Shooter aimed at kids, and as such has been incredibly simplified. For starters, enemies will only appear in certain locations making the majority of the game environment oddly quiet. Don't go in expecting the likes of Doom or Duke Nukem 3D, there are no hoards here. When you do encounter the bad guys, you can simply walk past them if you don't fancy a scuffle. If you've played the original's underground segments, you have an idea of what you're getting into. It even uses the same engine I believe.

Bosses, on the other hand, are another matter. More often than not whatever weapon you're holding will not defeat them. Instead, some environmental hazard is the answer. In this respect, Attack of the Mutants is more like its puzzle-based predecessor, though you'll probably be stumped with what to do most of the time as clues are sparse to non-existent. For example, the first supervillain you'll butt heads with is Root Rot, a leafy creature found in a greenhouse area of the tower the whole game takes place in. If you're lucky, you've already discovered the rake which can be used as a weapon but all that will do is briefly shove him away from you like a lion trainer's chair to a lion. There's a glass door leading to a hedge maze where health items are found along with a number of killer bees. Your rake will defeat these easily in two hits, but beyond a (pointless) warp point that takes you back to the hall, there's nothing else here. It took me far too long to realise that you can interact with a window in the far corner of the greenhouse, which will let in a hoard of normal-sized bees that will indefinitely occupy your leafy foe. If there were any clues that hinted towards this, I didn't pick up on them. Most of the game plays out like this, which results in a confused gamble of trial and error.

You will pick up new weapons, traverse a variety of areas and defeat many super-powered beings but too much of the game's progression relies on being in the right spot at the right time to trigger a cutscene. The result is pacing up and down the same empty corridors in the hope that a new cutscene will trigger. Most of the game's length is hidden behind this poor excuse of exploration and discovery. In fact, if you know exactly what your doing and skip all cutscenes, I reckon you could speedrun the game in much less than half an hour.

Sadly, Attack of the Mutants is a rather poor excuse for a video game. After the high quality of Escape from Horrorland took me by surprise, I had high hopes for this follow-up. You may get some enjoyment out of the dated animations and the crazy plotting a Goosebumps tale will weave. You may even enjoy the nice graphics and slower pace for a shooter. In all honesty, I didn't and therefore find it hard to recommend.


Goosebumps: Attac of the Mutants is © DreamWorks Interactive
Review, Cover Design and Installer created by me 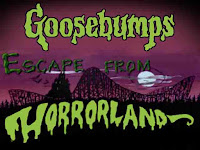 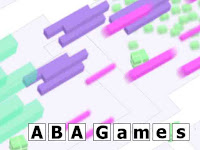 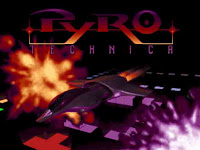