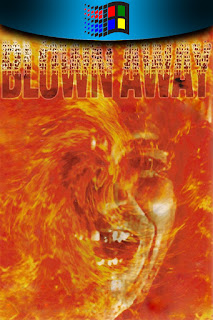 You may remember a very 90s action movie named Blown Away starring Jeff Bridges and Tommy Lee Jones. It's fallen by the wayside a little now, but it was nevertheless a fun if formulaic movie for the time. Even more obscure is the tie-in from Imagination Pilots. Released in 1994, this FMV puzzle adventure loosely follows the plot of the movie, but it has way more bombs to make up for it.

You play as Jimmy Dove, an expert at the Boston Bomb Squad department. You begin the game in a hospital after a bomb defusal attempt went wrong. Not only that, but a terrorist named Justus has kidnapped your wife and daughter and infiltrated every aspect of your life. Including the hospital room in which you currently reside.


The pictures on the wall offer a short FMV clip about your friends and relatives (left)
while the ones in the cabinet denotes whether they're alive or not (right).

You've been looked in with only a keypad standing in your way. So how do you figure out the code? Well, with the help of your partner, you can search the area for environmental clues. The puzzle here is to make all rows and columns add up to 15. If you're a puzzle enthusiast you'd likely already know the answer, but if you don't there is an unspecified time limit before everything explodes.

After you return home, you realise your apartment has been altered too. It's not been ransacked, but additional random items have been placed everywhere. In the middle of the room is a slot machine. While a puzzle in its own right, it also acts as the level select. Solve each of the three puzzles to receive the first clue for their respective level. Each one leads you to where your daughter, your wife or your partner are held, and each begins with a treasure hunt in your immediate surroundings.

Your home also plays host to your progress. Inside the cabinet are three photographs representing your loved ones. If one perishes due to a failed puzzle, it is shrouded in cloth - a reminder of your deadly inadequacy. You'll also find a number of clues for later on in the game too, but the main reason to explore is to follow the treasure hunt which will lead you to the main bulk of the game. Most objects can be clicked on. Some will do nothing while others could reveal crucial information. Be careful, though. Some objects are boobytrapped and likely to explode.

The puzzles you come across vary drastically in difficulty, with seemingly no thought put into progression. Be it matching shapes or juggling valves to separate combustible coloured liquids, it can feel very uneven. Some of the time-sensitive puzzles are also made much more difficult due to the mouse controls. For example, in order to save your little girl, one puzzle asks you to store falling metal beams on a toy train. Miss enough and the bomb explodes. You can control the train forwards and backwards at different speeds but you do this by clicking on the small buttons at the bottom. It's too easy for the cursor to slip while you're concentrating on the action above.

Most of the other puzzles are fairly familiar for seasoned players, such as a game of Simon or Pairs but there's at least one troublesome game in each scenario. The one I had the most trouble with is the mercury puzzle. It plays a little bit like Pipe Dream with blobs of differently coloured liquids making their way through pipes. You have to control the valves to guide them to the correct container, but there's too much to focus on for you to have any sense of control over how things are going. That could just be me though. At least puzzle this fits in with the plot. A fair number do seem incongruous to the bomb disposal theme but that never really takes away from the overall experience. If the spooky setting of The 7th Guest can have you cutting a cake, then why not have a specialist police officer play with a xylophone?


You can view clues by clicking on the top right of the screen. The other
corners will also take you to the main menu, your score and game info.

By far the best thing about Blown Away is the Hollywood production values. The heavily dithered video is impressively fullscreen, with professional if unknown actors taking on the roles of Bridges, Jones, Forest Whitaker et al. They give it their all too, with specific props going to Jimmie F. Skaggs as the Irish bomber Justus. Overall, the cast is a cut above most video game acting, even though it's often constricted to the limits of the video game form. Giving you the rules of how to play a game while tied up and strapped to a bomb takes a lot to pull off for even the best of actors.

Like most games based on movies, Blown Away won't exactly blow you away. With the engrossing, well acted if cheesy plotline and several enjoyable puzzles, there's still just enough to it for a fun couple of hours. A fitting conclusion you could say about the film too. 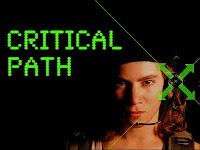 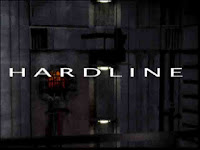 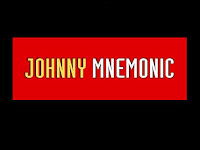