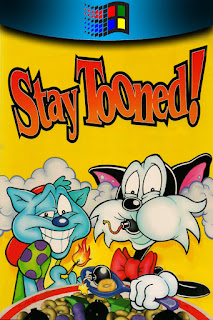 When it comes to the 90s, what game genres come to mind? Well, if you said the point-and-click adventure, you might be familiar with a little company by the name of Sierra. They were one of the big daddies when it came to point-and-click titles with the likes of King’s Quest, Space Quest and Leisure Suit Larry all being fondly remembered. With such a huge archive of classics, the odd game can get easily overlooked. And one of those games was the Funnybone Interactive developed StayTooned!

Published by Sierra and released in 1996, Stay Tooned! also had to compete with the other adventures such as Myst by Cyan and the many classics from LucasArts. Hell, even the similarly themed Toonstruck by Burst Studio released in the same year. Stay Tooned! had way too much competition surrounding it, which is why it's probably one of Sierra's least remembered titles. Whether or not it was a successful game in terms of sales, I have no idea. There’s not much information out there on its reception or earnings.

In terms of its store presence, the game box itself was shaped and styled to look like a cereal box. Which is cool and unique in retrospect, but I wouldn’t be surprised if kids were ignorant enough to think copies of it were misplaced food items on the shelf.


Some of the gags include uncomfortable close-ups and fourth wall
breaking fake errors. All of which are accompanied by crazy audio.

At face value, the game is a wacky point-and-clicker with cartoon animated characters. Under the surface lies a game with a multitude of minigames, music videos and other interactive elements. There are even some decent jokes here and there, many of which break the fourth wall. If you enjoyed Monty Python’s Complete Waste of Time, you'll know what to expect.

The goal of the game is simple: Find the friggin remote to the TV. A storm surge has destroyed your television, resulting in the toon-world encased within to spill out into the real world. All of these escaped toons have run rampant inside your apartment building, and it’s your job to zap them back in. But not before you find the remote control they stole from you.

Finding it is a lot more involved than reaching down the back of your couch. You must explore all 22 different areas in the apartment building; 20 apartment rooms, a cellar and a rooftop. Each room has plenty of things to click on and do, although you can’t access them all at once. In order to progress and search every room, you must find keys and other items along the way. A huge majority of the rooms are locked when first starting the game. Some rooms, events and items are blocked and require a certain item or solution to gain access to them. An example would be using an oven mitt to take a hot pan out of a stove. Its meta humor plays into its unconventional solutions for obtaining things, so expect either a good laugh or in some cases a little frustration.

The rooms are very varied with a wide range of themes and styles. You could walk out of a room hosting a blistering desert and down the hall, you'll be confronted with a Blade Runner-esque cityscape. Room placement is also random with each playthrough along with some of the puzzles also changing things up. This truly helps replay value as it’s interesting to see where each room ends up. Although, rooms with a deliberate joke or item that ties into the story stay the same for every playthrough (such as the Shakespeare room '2B'). This project has a lot of references, to say the least.

There's a lot of original audio packed into this game. Whether you’re watching a video or are interacting with characters, there’s an obvious amount of time and effort put into it. While I can appreciate a huge majority of the songs and voice acting, the ones that trigger frequently in the hallways quickly get repetitive and stale. Thankfully, you can skip events and animations by clicking ctrl (control) and LMB (left mouse button) simultaneously.


An example of the many questions in the 'Schleopardy!' minigame.
I wonder what the answer could be...

Lastly, minigames are another aspect we should cover. To be frank, all of the minigames are shameless clones of other better known games. Some are mundane, while others can be amusing. Three of the minigames actually use one of the game’s unique selling points; 'Toon Vision'. Using the Toon Vision glasses provided in the box, you can play a few select 3D games in room '3D'. A cute gimmick, but a gimmick nonetheless.

Of course, I don't own a pair of Toon Vision glasses, as they are much rarer than the physical copies of this game - so much so that I can’t even find any photographic evidence of them online. What I find odd though, is the color scheme used for the 3D. It uses green, blue, orange, and red. I tried using traditional red and cyan glasses. I tried squinting. I tried eating a bowl of fucking carrots. Nothing. It doesn't leave the games that use the gimmick unplayable, but it does take away from their enjoyment.

At the end of the day my personal favorite minigame is 'Schleopardy!', an obvious play on the TV game show Jeopardy. The big, outlandish mix of categories and answers makes for a good laugh. Some categories are; Q Words, Cheese, Bodily Noises and Feet among many others. A portion of answers are potentially educational, while others are completely nonsensical. It's hit or miss which one you'll get.

If you want a cartoony point-and-clicker with lots of content, the occasional laugh and a cast of butthead characters, this is right up your alley. If you have little patience and want an adventure with a consistent plot and an engrossing story, look elsewhere. This game was made for children with a short attention span, like my 21-year-old self. 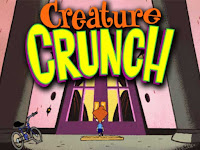 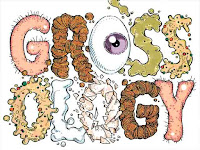 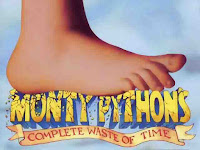