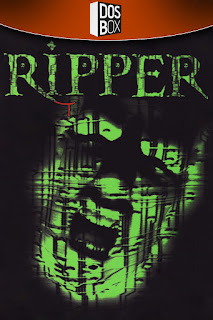 In the realm of FMV computer games, has there ever been a more star-studded cast that of Ripper? Released in 1996 by Take-Two Interactive, it stars Christopher Walken, Karen Allen, Burgess Meredeth and several other recognisable faces among the rabble of Hollywood working stiffs. But can this retelling of Jack the Ripper transposed to the cyberpunk future of 2040 match the movie-quality output of its US setting?

With the tortured green face screaming at you on the game's box art, Ripper always intrigued me as I walked past the shelves of my local game store. And that blood-red 18-certificate emblazoned next to the company logos made me desire it even more (though for some reason, ELSPA gave it a 15+). I was naturally way too young to purchase it, but I was allowed the 15-rated Gabriel Knight 2: The Beast Within which has since become one of my favourites.


Big name movie stars may not have brought their A-game,
but they did up the entertainment value considerably.

While both games came on 6 CDs to hold all of their ambitious FMV, Ripper has a much more playful tone to the game. The future-scape presented here is one of ingrained corruption and ageing, oil-stained technology where much on one's life is spent in cyberspace populated with garish mid-90s CGI. But that doesn't mean the real-world has no impact. In fact, a spate of technologically advanced and brutal murders have been terrorising the citizens of New York and before they happen he sends a message to a reporter named Jack Quinlan (Scott Cohen).

The tough-talking Jack is our protagonist throughout the game and Cohen does a pretty good job at bringing him to life. He plays it straight but is never bland or out of place in a world where there are some terrible over-acting - which takes some talent. The first big name you'll talk to is Christopher Walken's grouchy Detective Vincent Magnotta, a character who chews cigars as vigorously as he chews the blue-screened scenery. He veers dangerously close to ruining every scene he's in but the performance is so strangely oddball that it becomes nothing less than entertaining. I'm sure modern audiences can mine a wealth of memes from it.


Cyberspace is represented in a garish Virtual Reality fantasy land.
You can access the 'wells' of various characters if you can figure out their password.

The game plays in the first-person perspective with fully animated transitions between each screen. Along with the large cursor icons, this reminds me a lot of Trilobyte's classic horror series The 7th Guest, and that comparison can also be applied to the puzzles. While not as self-contained as those puzzles, many featured in Ripper are still a touch incongruous the overall plot. You'll be finding yourself guiding a ball through a maze, flipping coins into a till and deciphering what time to put in clocks - and these are just the puzzles found in one location.

As fun as these can be, they're not all like that. You'll often need to take down observations of your surroundings to get the answer or decipher codes in a very round-about way. This means that the difficulty curve is all over the place. At one point you might struggle for some time trying to figure something out but once you do you'll breeze through the next few.


Some characters will have you play an arcade sequence
before you can access their cyberspace 'well'.

Beyond the expected puzzles, you'll also find one of the things that most adventure gamers fear - the arcade sequence. You'll be pleased to know that these mouse-controlled on-rail shooter segments are actually nicely programmed and thought out for what amounts to little more than a mini-game. I've played games where this is the sole mechanic that play a lot worse. They've even had the forethought to reduce frustration by having you respawn just before the sequence should you fail. This was a lifesaver for me as I easily died the moment I came across it.

Depending on your play style you can change the difficulty if you want. There are three settings for both the puzzles and action sequences which is nice - I played with medium puzzles and easy action which still gave enough of a challenge but wasn't a pushover either.

There is a point very late in the game where the plot will randomly diverge in one of four different paths. This is where one of the four suspects is chosen to be the killer, but it seems rather random. The game mechanics and plot progression work in such a way that all four look just as guilty as each other. The murder mystery staple of the red herring cannot be implemented here as the culprit is randomly chosen, not pre-ordained. As a result, you cannot use your Sherlock skills to correctly point the finger, but when the time comes the best course of action is to save before you make your guess, then re-load if you chose wrong.

It's a shame more thought didn't go into this poor excuse for replay value. 99% of the game is exactly the same but you'll have to play through all of it four times to see each ending. If writing four separate stories for each outcome isn't viable, I would've preferred a single, more focused narrative than one that has to accommodate each ending.

That's from a narrative perspective, though. If you look at Ripper in terms of gameplay, it actually plays very well. The premise is decent as is the sci-fi setting though I was expecting more horror and scares given the title and box art. Ripper has far more going for it than it has against it, and one of those negatives - Christopher Walken - might just make you love it even more.

To download the game, follow the link below. This custom installer exclusive to The Collection Chamber uses DOSBox to bring the game to modern systems. Manual included. Tested on Windows 10.
03.06.2019 - Ver.2 - Installer now asks for destination folder

Ripper is © Take-Two Interactive
Review, Cover Design and Installer created by me 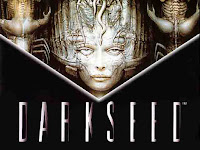 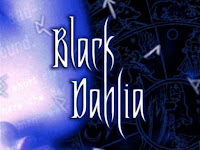 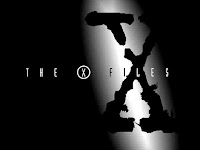