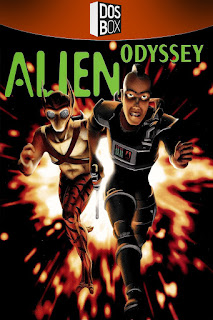 Argonaut Software, a studio best known for its development of Star Fox and the Super Nintendo's Super FX chip, also developed the obscure DOS action-adventure known as Alien Odyssey in 1995. With a far more powerful system at their disposal, how does this innovative team fare on home computers?

The opening sequence drops you into a pre-rendered on-rail shooter with no context. You zoom through a planetary forest weaving around the trees viewed through jerky camera movements. If you're familiar with Microcosm, the drawn-out length of this section could leave the same bad taste in your mouth. A lot of other games were doing these types of pre-rendered or FMV sequences though, most notably Star Wars: Rebel Assault. The relatively new CD-ROM format was able to boast video incorporation into games in the 90s, so many developers took advantage of it whether it made sense from a gameplay standpoint or not.

It turns out, this isn’t Argonaut’s first rodeo with pre-rendered rail shooters. In 1994, they developed Creature Shock (perhaps a future Chamber escapee?) where the entire game was comprised of rail-shooting pre-rendered targets. These shooting sections come off as if they’re mainly focused to show off their technical prowess, rather than have any sort of compelling gameplay.

It should be noted that this early chapter ambiguously establishes one of the well-meaning characters, Psaph Abal, as we are shown his ship crash on the planet in the opening cinematic. He is saved by a native named Gaan Ta'Tukinae (who comes up with these names?) who enlists you in the resistance against the evil Dak. The only way to get any context is to read the manual, as none of this is particularly clear in the opening. With the amount of logos before it starts, there's a good chance you'd have spammed through them like I did, missing it entirely. Who actually sits and watches logos?

Psaph Abal happens to be behind this alien creature while he pilots a landspeeder (someone's seen Return of the Jedi!) and it’s your job to shoot the pursuing robots. Be careful not to shoot the Gaan in the process. There's nothing to indicate that this alien is a friend and can be shot at. I spent the longest time thinking he was a target. If you're more observant than I, you may have noticed the cursor change into an X. Perhaps then you’ll pick up on it. There’s a good chance you won’t though, with all the chaos and crazy shaking happening on screen. If he dies, the entire four-minute sequence starts over and you have to tediously pick away at robots once again. After the player is done shooting at unidentifiable robots and the bombs they poop out, the humanoid Psaph pulls up aside the Gaan ready to kick more ass. Maybe.


You can shoot panels to get release energy balls which act as your health (left)
Be warned, though, there are gory insta-deaths if you set a foot wrong (right)

Both characters establish peace, as the cutscene transitions to an alien temple. The creature, who's now properly introduced himself as Gaan, brings his new human friend to his leader known as Hoeda. It is discussed that this human saved Gaan from the Gak (the robotic creatures) and that the human might be a silver lining in their resistance against them. This race of alien creatures is oppressed by the Gak, as most of their kind have been killed by them. Previously conjoined as a whole species, the Gak and the aliens split with the latter abandoning their other halves in a need for technological advancement. They seek to completely wipe the aliens and other worlds and with their formidable body armour, huge ships and other technology, they might have a bloody good chance.

Psaph, being stranded on this strange planet, sees a special opportunity in this. He proclaims that he needs a ship in order to get home and Hoeda proposes a pact. If he helps them fight in this war, he will help him return home. The first step being entering a Gak base.


You can access control panels once you have a viable Dak hand.
With it, you can open doors using a map (left) or upgrade your weapon (right).

As you start to infiltrate the base, Gaan is grabbed by the Gak so you’re on your own for now bud. The gameplay has now shifted to something like that of Alone In The Dark or Resident Evil with fixed camera angles, pre-rendered backgrounds and tank controls. This will be the bulk of the game going forward. As you navigate the Gak base, you’re equipped with a blaster as your only offence. You’ll be hearing Psaph's go-to phrase of “Gotcha, you son-of-a-bitch!” to the point of annoyance as you zap the robonerds surrounding you.

Gameplay consists of awkward shooting, finding Dak hands and other various objects, avoiding hazardous environment pieces, and using computer terminals to affect the layout of the ship. You'll also make good use of an unidentifiable door-opening device to progress through the game.

After traversing the enemy base, you must suffer through another rail-shooting section, followed by another Alone In The Dark section complete with multiple Dutch angles to throw you off. Then you fight a big boss before it’s all over. Not much else can be said, and it’s a game that I had to clench my teeth to review.


You will eventually find a Gak gizmo lying on the ground (left).
This can open several locked doors by way of an upgradeable Simon mini-game (right).

This is a game that boasts technological capabilities, but I feel it focused so much on this aspect that the control and design took the back seat. Yeah, you get cool pre-rendered shooting sections, cutscenes, multiple death scenes, and other stuff that must have been incredibly exciting for 1995, but it's still a really mediocre experience otherwise. I found myself more bored with the game and just wanting it to be over as I awkwardly shuffled my character through weird camera angles and confusing environments. You wander around aimlessly - a lot - and hear “Gotcha, you son-of-a-bitch” - a lot!

There's little online presence to be found for this game and I can definitely see why. It’s forgettable, clunky and just doesn’t have an interesting premise whatsoever. I admire the idea of space civilizations and whatnot, but this game does nothing to expand its own lore or universe. 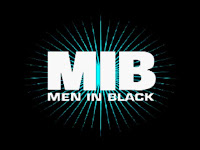 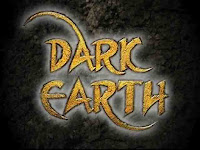 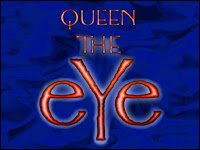