It's been an entire year since I've last written one of these update posts, and man is there a lot to tell you about. From a plethora of small improvements behind the scenes to the introduction to our very own YouTube channel (not to mention the many games I've updated and improved), there's a lot to cover. Without further ado, let's jump in...

You may remember at the end of 2018 I promised to add at least 5 games per month throughout 2019. I'm happy to tell you that I kept that promise and then some. Over the course of the last year, 106 games have been added to the count giving us a total of 393 at the time of writing (and that doesn't factor in compilations or ports). That's an average of just under 9 reviews per month! Phew! Throughout 2020, I'll keep my promise of a regular Monthly 5 post at least, but that's not all you can look forward to.

With the help of my good friend HeroOfAvalan, The Collection Chamber now has it's own YouTube channel. We began in February so you may have seen some of the videos already. To begin with, we'll mainly be recording Let's Plays for whatever games we're reviewing at the time but we plan to produce video reviews, retrospectives and opinion pieces in the future.

On top of all this, we've also amped up or social media game. You can now follow us on Facebook, Twitter and Instagram. Avalon will be handling most of the social media interactions, but don't let me do all the talking, here's HeroOfAvalon...


If I am to begin on an honest note, I guess I can only describe myself as a scruffy looking scoundrel and Raconteur. Craving a creative outlet, I sought out an old friend (the ineffable Biffman) to allow me to wax lyrical in new media forms. Together we hope to bring you a cacophony of veritable gaming delights from both past and present in both written or video form. Expect to see my presence on social media, our YouTube channel and right here on The Collection Chamber.

In ending I should offer that if whatever reason you do feel the need to read further ramblings of mine as I try to make sense of modern life, you can follow me on my personal blog https://talesinvisualmedia.com/.

Until we meet again good people, I bid you farewell.

The fine fellow has already written a number of reviews; read what he had to say about The Sacred Mirror of Kofun, Bush Buck, Quarantine II and Romeo + Juliet. He'll also join me each week in our gameplay videos. Check out what we've done so far below and let us know what you think!


That's not all! There's a number of updated games to go on about. Check them out below! 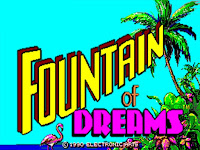 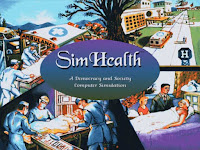 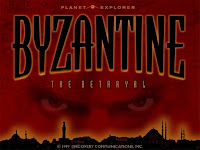