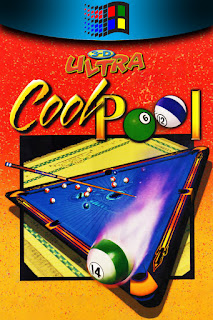 Oh, sure... you can practice your standard 45-degree bank shots and your pinch kisses all day long in a game of Eight Ball or Rotation (Cool Pool has five classic games on a gorgeously-rendered table). But where else can you call "Rocket Ball, corner pocket"? Only with Cool Pool, where Chameleon balls take on the color of the ball that strikes them - and five very non-traditional games put a whole new spin on pool strategy and fun.

It's Pool with Attitude!

If you're looking for a quick game loaded with action and surprise, you'll love Cool Pool's specially shaped tables and special effects. What other pool hall has exploding balls and flying coins? Chalk it up to pure fun.

The 3D Ultra series always had a sly sense of fun with simple and entertaining gameplay. 3D Ultra Cool Pool (1999 Sierra On-Line) is just that, but don't expect the strange scenarios and out-there setting of the earlier titles.

Cool Pool is a well-designed game of billiards with a few neat options such as shaped tables and different rule sets to choose from. You have five 'classic' games and five 'cool' games, with the latter each having their own set of 'cool' tables if you want to add some variety.

In the 'Cool Games' section, '24 Cents' assigns each ball with US currency. The first to get over 50 cents or exactly 24 cents is the winner. 'Mad Bomber' has the balls count down to zero from 3 every time they're hit by the cueball until they explode. Highest score wins. 'Chameleon Ball' is also a high score game, but this time you have to post as many balls of your own colour. The balls start off as grey and change to your colour when hit by your cueball. If it's already another colour it will turn back to grey.

'Poker' adds a bit of gambling to your game. The balls now represent playing cards and are sent to your hand when potted. You have a maximum of 5 in your hand which can be changed out if you pot more. If no-one has a full hand at the end of a game, a new rack is set up and continues until the end of a game when everyone does. Highest score using regular poker rules wins.

'Rocket Ball' is the most frenetic of the bunch. Each ball is only worth 1 point except the flashing rocket balls which are worth zero. When hit, they zoom across the table, never stopping unless it pots a regular ball, or itself.

All of these modes are very fun and are fully explained within the game itself by way of informative video sequences. The tables themselves are not 3D polygons but pre-rendered with a surprising number camera of options. Even the ball physics behave how you would expect, explosions and all.

If there's one thing that really makes the game worth playing, it's the simple to understand control method that allows for accurate aiming, predictable hit speeds and even spin options that are all easily accessed on the game screen. Well worth it for a quick blast of billiards. 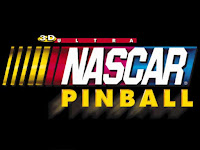 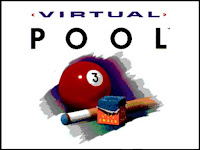 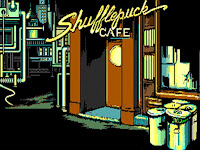