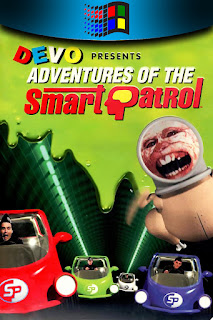 Here's the scoop. The future is getting thrashed. And it's up to you and the DEVO-lutionary rebel forces of the Smart Patrol to, uh... "Whip it" into shape.

Lock 'n' load your trusty Spudgun and do your darndest to net the heinous recombo-DNA nightmare known as the Turkey Monkey. Or, fail miserably and watch as the dreaded Osso Busco Myelitis disease reduces all of humanity to moaning skin-bags of pulsating ooze. Duty now!

~ from the back of the box
If I ever had any interest in DEVO, the experimental band formed in the 70s with a list of catchy electro-punk tunes just left of the mainstream, DEVO Presents Adventures of the Smart Patrol has surely put me off. It's not as if their music hasn't entered into my audible consciousness. Their cover of Lee Dorsey's Working in the Coalmine reached my ears way before the original, even with the UK's purveyor of musical talent, Jules Holland, attempting to re-claim it a few years before Dorsey's death in 1986. It's not like I couldn't get obsessed over their playful orchestrations either, but after spending some of the most confusing hours I've ever spent on an adventure game, I just don't think I can forgive them.

Developed by Inscape, who at this point was well versed in interactive accompanyments to alternative audio artists, the band had a heavy involvement in the Smart Patrol's design. And boy, is it annoying. Right from the very first screen, the flaws in its design kicks in to let you know that this will not be a very good time. You are sat in the driver's seat of a retro-futurist car called a Spudmobile when you get a call on your Spudfinder video phone. Boogie Boy, a freaky mask-wearing guy with a high-pitched voice that'll give anyone nightmares, is on the other line spouting exposition that went way over my head. Something about a disease that turns humans into goo. Anyway, to get the Spudmobile to start up and begin the game proper, you have to swipe a card at a specific point underneath the steering wheel. Except this isn't exactly obvious, with next to no instruction, guidance or hints in the game at all. And it's all downhill from here.


Don't survive an encounter with the Turkey Monkey, and you'll end up in hospital (left).
From now on, you'll need to pop a pill every other hour to stop turning into goo (right).

This opening puzzle (if you can call it that) is indicative of the entire game. You have 12 hours to find 5 Devo Rules (or highly compressed digitized music videos), stop an overbearing and tyrannical government and save humanity from the evil Turkey Monkey who's intent on spreading a disease that de-evolves humans into primordial ooze. Just a normal Tuesday then. Time is ticking, but not in the way you might think. Every click passes the time and if you make a particulalry false move, the hour is up and you're given 15 seconds to return to your Spudmobile or stay in the same area. It may sound like a reasonable mechanic, but in reality false moves aren't telegraphed at all. An arbitrary action any curious adventure gamer would make could trigger it. It's so egregious that it disencourages any exploration or investigation which is otherwise the backbone of this genre. As it is, you have no idea what's going on.

I dare anyone to figure it out on their own. There's nothing that even hints at what direction you should be going in (although I'm yet to source a manual but I doubt even that could adequately explain everything). Even the multimedia aspect of the game is limited as not only are music videos hard to find, but they often get cut short thanks to government "censorship". It's a massive shame as not only would I be partial to DEVO's music and sensibility in any other situation, but the graphics and world-building have an interesting edge to them too. Characters have a winking joke associated with them, often tied to recurring themes and personas featured in the band's back catalogue of music videos and stage performances. Locations have the same sense of humour too, with a bright and jaunty kids-TV feel juxtaposed with very adult scenes and subject matters. The back of the box says it's Blade Runner on steroids, but in my view it's more like visiting LazyTown's red light district while on mushrooms. Which, depending on who you ask, is a good thing.


Think the DEVO music videos can save the game? Think again.
The ones I found were all censored by the evil media corporation.

As a newy recruited member of the Smart Patrol, you may adventure through the game alone, but one of the robotic rebels (or at least I think they're robots) may join you if you're clever enough to find out how. They begin the game charging at the Smart Patrol headquarters (entrance password is SPUD - you're welcome), but one of the pods seem to be malfunctioning. None of the members (who are not played by the band) seem to mind as you wake them one-by-one. Each head off to do some patrolling, though in all honesty the smarts seem to be optional. If you click on some of them a second time, the hour will immediately end as you join them at whatever location they are going to. Like the Golden Oasis Retirement Home or Mr. Ploppy's Donuts. What you find at each location depends on what hour you're currently in. For example,  General Boy's House has a computer that's signed in to a top secret government web page, but the General won't let you see it unless he's asleep like he is in hour 2.

I tried everything to get to grips with the game, and I still couldn't figure it out. Trial and error can only get you so far when any experimentation will only lead to your death later down the line. You could be on the wrong path and not even know it until you wake up in a hospital or reach hour 12 with a narrator berating you for not finding the "true story". The one walkthrough I found was so obtuse I couldn't successfully follow it, so that was no help at all but I commend its author for attempting it anyway. I doubt even hardcore DEVO fans could last long enough to see the correct ending. Best avoided unless, like residents of LazyTown's bawdy side alleys, your high on mushrooms.

To download the game, follow the link below. This custom installer exclusive to The Collection Chamber uses the DOSBox-X build of DOSBox running Microsoft Windows 3.1 to get the game working on modern systems. Read the ChamberNotes.txt for more detailed information. Tested on Windows 10.


DEVO Presents Adventures of the Smart Patrol is © Inscape
Review, Cover Design and Installer created by me 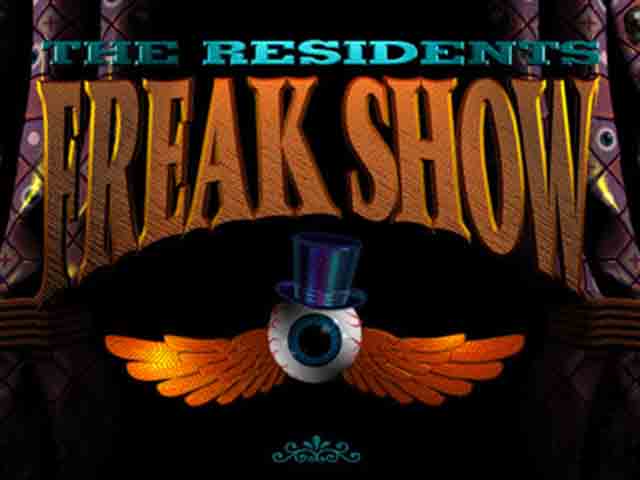 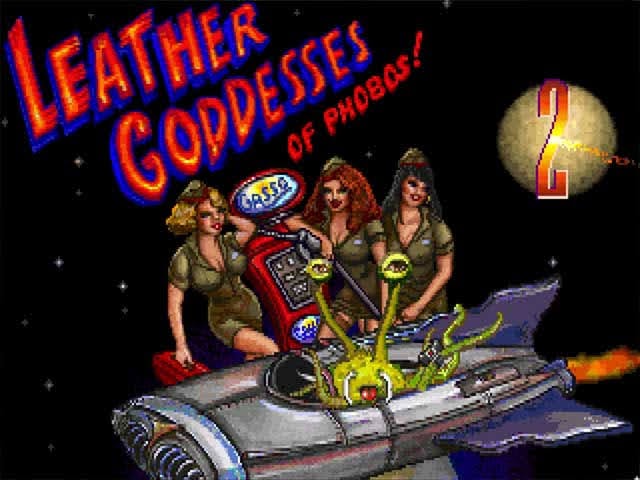