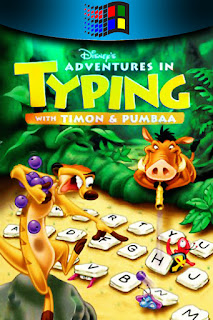 Learn the Fundamentals of Typing

Finger placement, home row technique, editing mistakes and lots of good typing habits -- learn all this and more as you progress through five exciting and challenging activities. Throughout your typing adventure, get private lessons from Rafiki, and plenty of laughs from wild and wacky Timon and Pumbaa.

Smack-a-Bug: Letter recognition, finger placement and home row technique -- who know learning the basics could be such a hit?

Savannah Water & Power: Type words with an emphasis on accuracy -- that's the correct way to quench Timon and Pumbaa's thirst.

Grub Getaway: Learning to type phrases with accuracy, more than with speed, is the fastest way to catch your dinner.

Carnivore Cave: Learning to type sentences where speed is important can keep you from being the main course.

Traveler's Tales: Type paragraphs, edit mistakes -- c'mon get to it! Weary Timon and Pumbaa are stuck here until you get ti right.

So, What's the Score? Check out your progress with reports that track improvements and success in accuracy, words per minute and other statistics. Ready-to-frame certificates reward a job well done.

Need Some Extra Help? Not only does Rafiki provide private lessons in an ongoing tutorial, but the User Profile feature customizes each lesson by "reading" your progress and problem areas, then automatically adjusts the difficulty.

If anyone is going to succeed at teaching child touch typing, it has to be Simba's comedy sidekicks in Disney's beloved The Lion King. Enter Adventures in Typing with Timon and Pumbaa, an edutainment package from Disney Interactive that was released in 1998. Can it teach this old typer new tricks?

While the lessons found here are pretty much the basics, the games that accompany them are pretty neat even for those with a high words-per-minute count. Veteran typers who are new to the game may get a little frustrated as you have to go through each of the 13 lessons in order just so you can play them all, but I'm sure young noobs will get the most out of it.

We begin with Rifiki teaching about F and J, the two letters on an English-language keyboard where the foerfinger should rest. He makes us type nonsense words using only these letters before we get to a game of Whac-a-Mole (here called Smack-a-Bug) controlled entirely with these keys. Bugs pop up from holes in the ground, each one representing a letter on the keyboard. Type that letter and Pumbaa will spit grape seeds at them through a bamboo pipe. To begin with, it's pretty simple but each lesson teaches you new letters one-by-one in a rather slow fashion. Good if your only experience with a keyboard is with the kind that plays Chopsticks or Heart and Soul, tiresome if you're anyone else. When the complexity does ramp up, it can be a nice diversion, but the simple gameplay gets old fast.

The next mini-games teaches typing full words. The meerkat and warthog are parched in the middle of the great plane, and the only water is a nearby outpost called Savannah Water & Power. It's a giant  Rube-Goldberg machine acting as a water well and it needs some operating to squeeze liquid from the ground. Type the words that appear accurately to fill the tankard and quench their thirst. With full words to type, this one is a bit more interesting than the last game, but again, nothing too challenging. Beyond the words, there's not much variety with each play through; not even the animation change much. At least it doesn't go on as long.


Type you way to a bug snack in Grub Getaway (left)
Run from hyenas in Carnivore Cave (right).

On to Grub Getaway, the only part of the game I feel that's just as good as a mini-game as it is an educational tool. Our hungry duo are placed on an isometric grid with word placed in each direction they can go. Type in the word, and they will jump to that spot. The aim is to collect all of the bugs on the map before the time runs out and on harder difficulties a frog will try and scoop them up too. It's not a bad little diversion.

Then we get to Carnivore Cave where you have to run away from hyenas. The faster you type, the faster they run. In this mini-game, you'll be typing more than just words, but whole sentences, usually animal trivia. At points during the chase, the path ahead will fork into two; one clear route, and one with an obvious obstruction or trap. Each one will have the beginning of a sentence attached to them, so start typing the one associated to the way you want to go to go down it. This one isn't too bad for a mini game, and the animal facts are interesting, but I found there isn't much variety on multiple playthroughs.


Retell your story in Traveler's Tales (left).
Get a certificate after completing every mini-game (right).

After this, we get to the final mini-game. Here, you'll have to type out a story accurately. This story is the one you've just lived through, a tale of smacking bugs, thirst quenching and hyena chases. While not much of a game, the aim is to teach self-correction as you go by deleting mistakes which will be more common if you're not American. I was caught out several times when automatically typing in the British-English spelling of "colour" or "traveller", but that's a minor gripe considering I couldn't source the UK release (considering the subject, I hope they made an effort to correct regional spellings). This final section is the worst the package has to offer, but it's still a decent enough teaching tool.

Overall, Adventures in Typing is much more of a teaching tool than an activity centre with a slight educational bent. I can't imagine many grownups will find anything interesting about it unless they really want to relive a bit of nostalgia or are massive Disney fans. On the flip side, as a means to teach a six-year-old to type, it still does exactly what it set out to do in an entertaining fashion.

To download the game, follow the link below. This custom installer exclusive to The Collection Chamber uses the DOSBox Daum build of DOSBox 0.74 running Windows '95. Manual Included. Read the ChamberNotes.txt for more detailed information. Tested on Windows 10.


Disney's Adventures in Typing with Timon & Pumbaa is © Disney Interactive
Review, Cover Design and Installer created by me 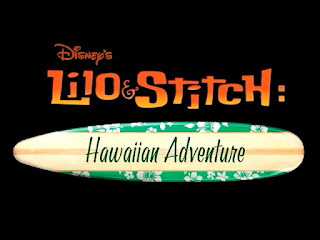 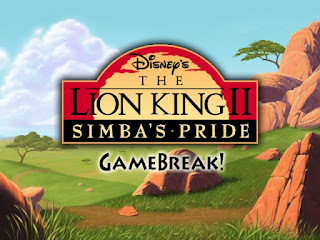 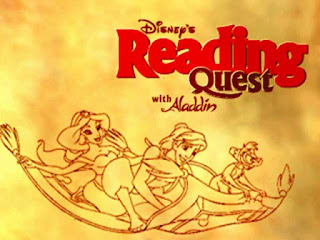